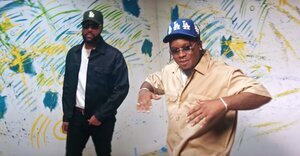 Blxst as of late put out an exclusive edition of his No Love Lost EP (Red Bull Records) so it’s essentially a collection now.

The new edition highlights 6 additional melodies, including ‘Got It All’ with Dom Kennedy. It’s an unmistakable champion on the collection and today, the capable L.A. based craftsman is sharing the official music video for it.

Says Blxst of the single: “Dom Kennedy is the epitome of LA. I see him like my age’s Ice Cube. It was simply option to connect up and catch an exemplary second.” Dom Kennedy added, calling Blxst “one of the flyest from his age. I hope to hear a great deal of Blxst this one decade from now.” Watch the video underneath.