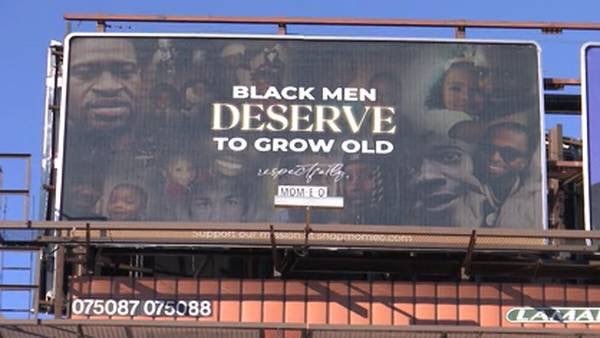 A billboard honoring Memphis rapper Young Dolph stands above the memorial to him outside Makeada’s Cookies, where he was shot and killed. “Black Men Deserve to Grow Old” is a campaign from the brand Shop Mom-E-O, formed by Young Dolph’s longtime girlfriend, Mia Jerdine..

Mia Jaye had already been promoting her initiative to raise awareness and money for families who lost the men in their families to violent crime. The Momeo CEO (pronounced Mom-E-O) launched the “Black Men Deserve to Grow Old” campaign on Aug. 22, Commercial Appeal reports.

The date would have been her late brother Jeremy’s 35th birthday. But now Jaye’s campaign holds an entirely new meaning after her partner was shot and killed in Memphis at the age of 36.