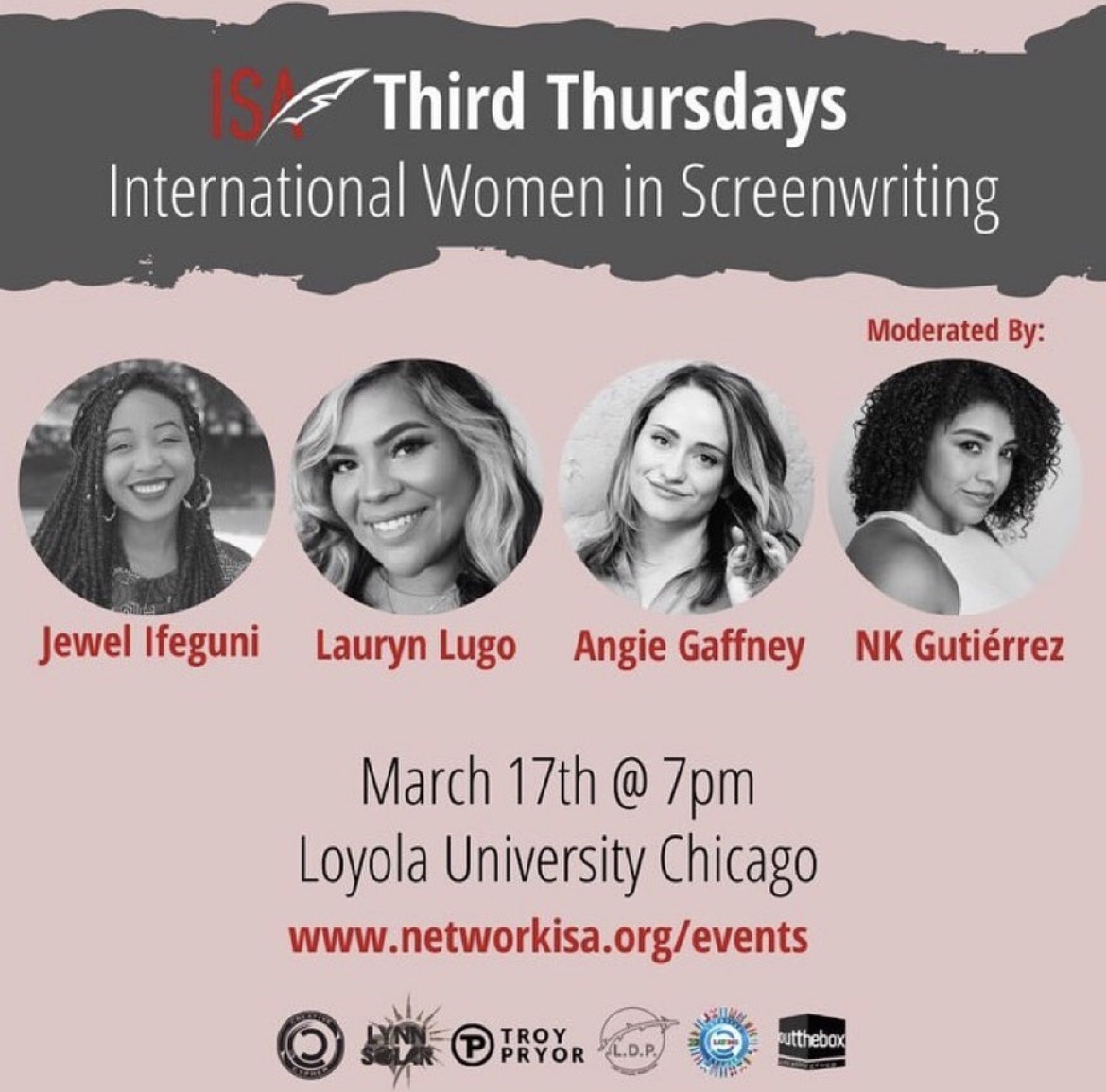 Powered by Cypher Latino, a new extension of Creative Cypher, the panel will consist of Latina panelists Director and writer Lauryn Lugo and moderator N.K. Gutierrez along with panelists Jewel Ifeguni (You Matter Studios) and Angie Gaffney (IFA Chicago).

In collaboration with the International Screenwriters Association (ISA,) Pryor was tapped to help ISA relaunch their Chicago chapter, which will host its first event “Third Thursdays,” in over three years on March 17th at Loyola University (Damen Student Center Cinema, 6511 N. Sheridan Rd.)  at 7pm.

Cypher Latino’s goal is to empower the LatinX creative community through live programming, activations, and grants. Pryor is working closely with Cesar Rolon, founder of Latina Tech Expo, World Fashion Week and a number of LatinX programs including the Chicago Puerto Rican Day Parade. Together, Pryor and Rolan have assembled a powerhouse team to guide this division to an impactful future in partnership with several organizations in Puerto Rico.

“So many of our efforts focused on Black and Brown initiatives so it only made sense to let Cesar lead the focus on those engagements. I’m confident in my abilities but I understand how to let experts lead the way.” says Pryor. RSVP HERE to attend the relaunch of ISA Chicago “Third Thursdays” International Women In Screenwriting Panel Event.