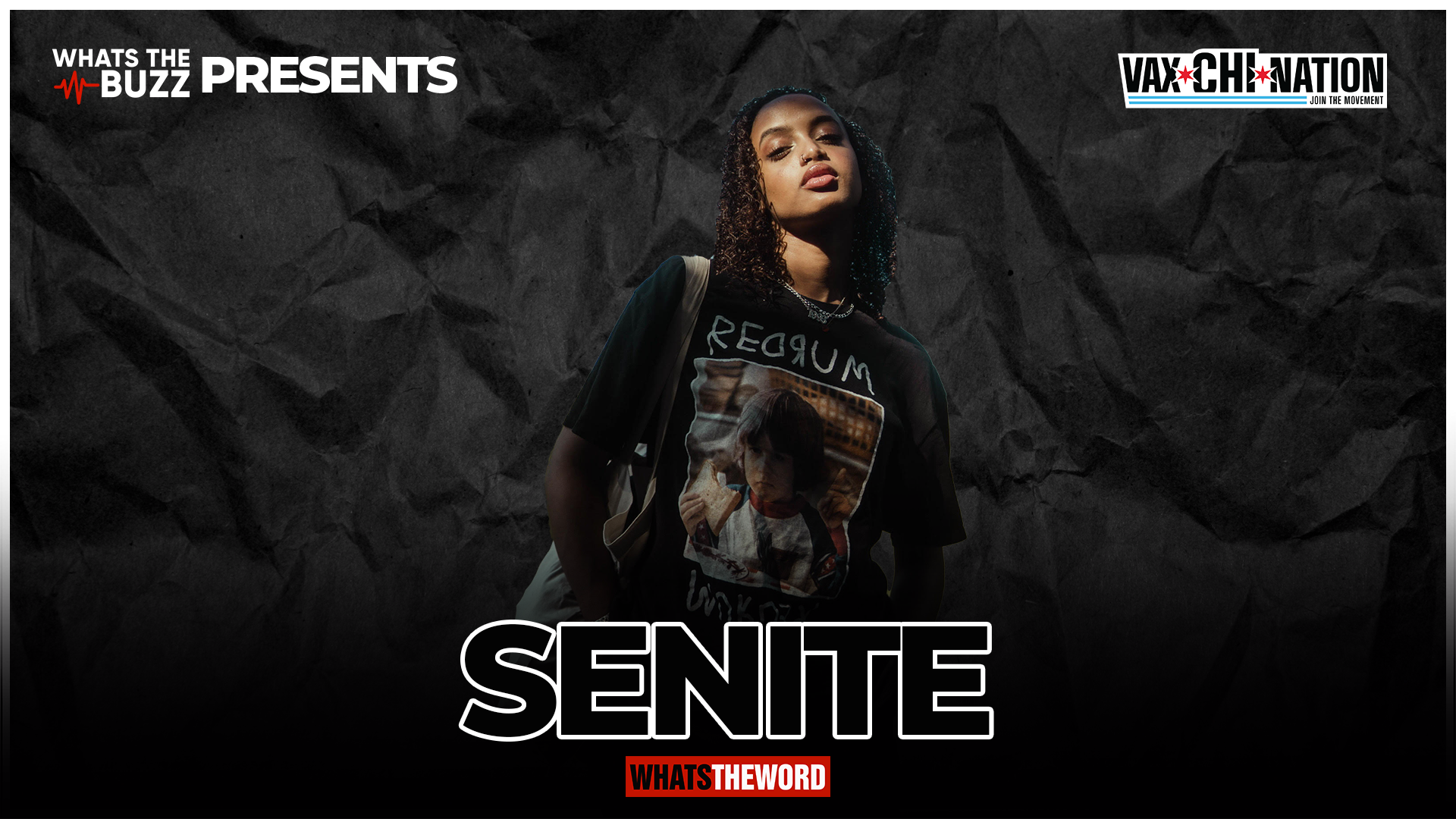 From ‘The Hallway’ To Our Head Tops, Senite Conquers a Fresh Lane to Neo-Soul.

The Uptown raised voice heightens her production skills as well as give new breath to the music world through her lyrics and composition. Senite’s sound holds a mystic balance of Neo-Soul and harmonious Hip Hop, delivering a refreshing genre of connection and peculiarity. As a listener, you can feel her presence through her artistry without question.

Check out some facts about Senite below:

AGE: AGELESS
Hometown (neighborhood): Uptown/Rogers (UP NORTH!)
I grew up listening to: Motown, Dixie Jazz, Boom Bap, Hip Hop, Folk Rock, Punk,
Rhythm and Blues, Soul music – a lot of everything that my dad
was probably not cool with (off the Preacher’s daughter pack.)
How Did You Get Your BUZZ?:  Other than genuine connections, coming up with music, and
friendships.. my song, Medicated got a big feature on TikTok with
over 13 millions views total and has been used worldwide.

My style’s been compared to: I’ve been comparing to elements of Lauryn Hill, Noname, Jhene Aiko and more but artists I get inspiration from range from Frank Ocean, Erykah Badu, A Tribe Called Quest, The Beatles, João Gilberto, Solange, and a lot of Chicago fellow creatives.

I’m going to blow up because:  *I AM blowing up because the world is seeing my talent, story
and work ethic and are joining me on my journey.
What’s your most slept-on song, and why?: I’d say maybe my most slept-on song is Seeing Red, on The Hallway EP. Mainly because the beat switch towards the end of the song is so hard, with the low pitched vocals (MyFriendNate went crazy on that) it makes the whole song elevated. Or maybe Valentine in December from my The Living Room EP for my R&Bish lovers. It’s just more of a vibe.
My standout records to date have been: Medicated, of course. Billionaire is a favorite, The Same is still a fairly new song but it shows my versatility and Joejbeats (who produced it) went insane on that track so the love is well deserved.

Most people don’t know: Most people definitely don’t know I’m a Preacher’s kid! Kept me out the music loop for a while because of it, but also humbled me.
I’m going to be the next: I’m going to be the next ME! I hope to be the first of myself. My capabilities haven’t even fully shown yet, but people will catch on.
Favorite Track: My favorite track is probably The Same or How Would I Know. Both of them were written at low places in my life but came out beautifully and very relatable

PNB ROCK WAS SHOT IN LOS ANGELES DURING A ROBBERY ATTEMPT

FROM HOST TO THE BOOTH, VICKI STREET KEEPS THE TEMPERATURE HOT FOR THE END OF SUMMER

THE SOUND THAT IS FASTMONEY ANT