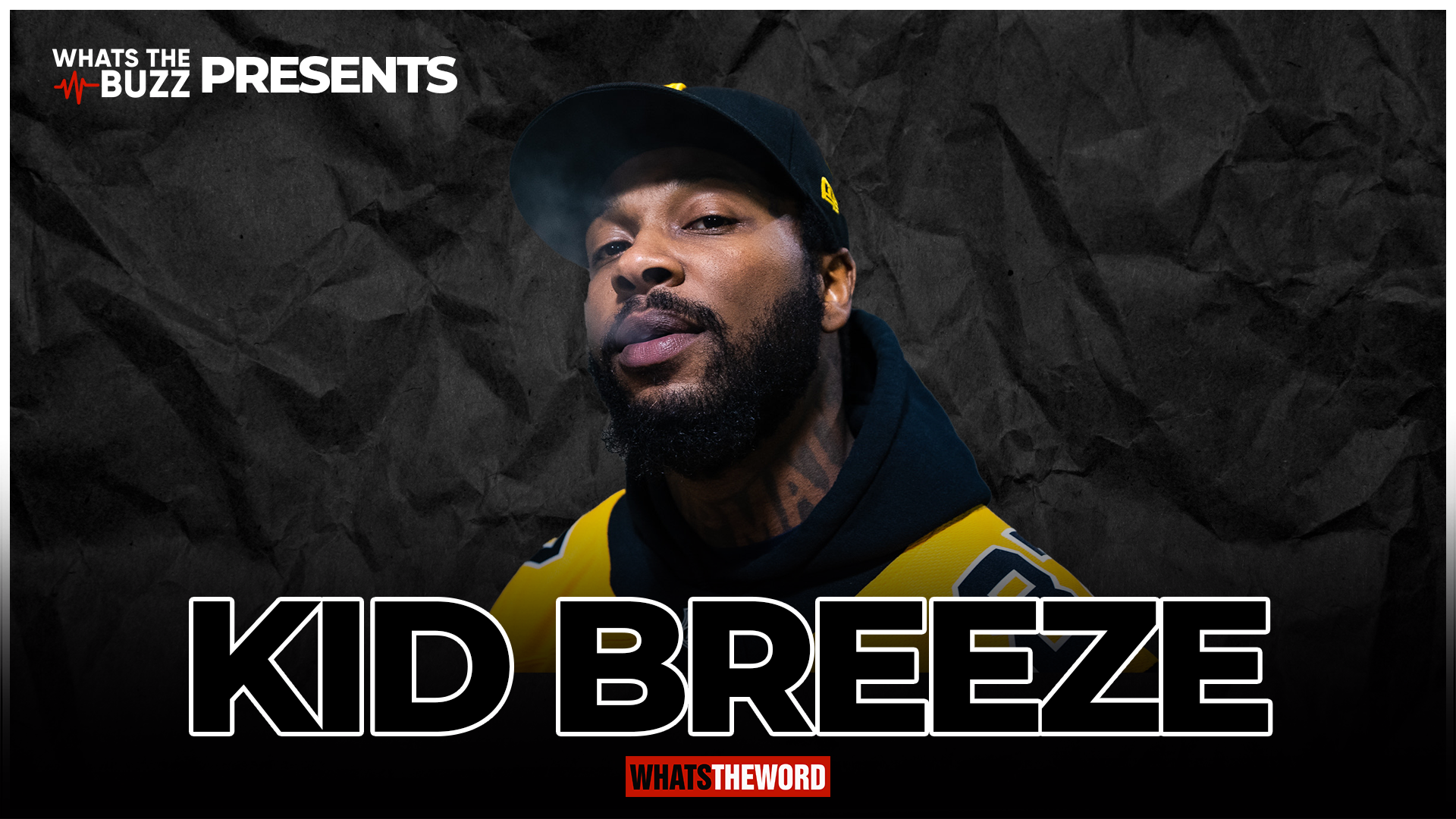 From the certainty in the flow to his sanguine production, Westsider Kid Breeze never disappoints. Why do we rock with Breeze? Well… Let’s start with the catalogue. Breeze is unquestionably one of our city’s most consistent artists. With a plethora of good music waiting to be streamed by new ears, you’re sure to find something to your liking. While some may label him a “Backpack” rapper, we’d like to flower him for his creative spirit. absorbing a mix of his favorite hip hop legends from Jeezy to Dipset, one thing if for sure, the kid can rap for the guys and have the ladies feeling him as well.

If you haven’t been blessed with a chance to get in tune, Let us suggest starting with a slight throwback, 702 Freestyle, from the FOR QUALITY ASSURANCE project will give one a great introduction to Kid Breeze as an artist.
He actually shared some facts with us, check it out below:

I Grew Up Listening To: I’ll take up this whole page with this, but I’ll just name
some of the first rappers to come to mind that I listened to heavy during my teenage
years and say mfs like Ludacris, 50 (G Unit), Cassidy, Dipset, T.I. Young Jeezy, Mobb
Deep (Alchemist), Little Brother, Jay Z, Nas, Fabolous, Kanye West, Twista, man it’s a
bunch I’m not naming but for the sake of page space ill stop here.

How Did You Get Your BUZZ?:  Being a social person helps the most
currently I would say. I do so many things involving interacting with others in different
arenas and I’m able to captivate these people with my music. Also consistently being
present on social media, posting different beat videos and music videos, I always get
new people interacting with my posts and things, helping to grow my buzz even more. It
also helps that I’m handsome. I don’t think I would get this type of organic support if I
was a ugly mf.

My Style’s Been Compared To: as far as my rap style, I honestly don’t get
many comparisons, my flow too unique raps like no other because I always rap in first
person about my personal experiences. My production or “beat making” style has gotten
a few comparisons though, mainly Just Blaze, Roc Marciano, Alchemist, RZA and
Kanye. I think people only say Ye because I rap and produce too.

I’m Going To Blow Up Because:  This shit was written already, way before I
even got on this earth. It’s for sure my purpose and calling and if you have heard any of
my songs I’m sure you would agree. Why would I be blessed with immense talent, just
to have it and NOT blow up? Your success lies somewhat in your belief for it to be
possible. Becoming a widely influential artist is just something that I have had ingrained
into my mind since I decided to pursue music professionally. It’s honestly only a matter
of time at this point.

What’s Your Most Slept-On Song, And Why?: I would really consider my
entire catalog slept on for real. I’m not much of a song or “single” guy so given the
amount of albums I have available on streaming platforms, I can name whole projects
that are “slept on”. If I’m going to pick just one though, I’d say “Ts and Bs”. It’s the only
song I uploaded to DSPs this year and with that being the case, I feel as though it may
have gotten lost among other releases that I either just produced or dropped them
straight to YouTube. I’m talking that shit on there, and it’s one of my favorite beats I
have ever made, but amongst other videos I put out this year and other songs and
albums I’ve produced, that one may have gone a little unnoticed. The thing is, as an

indie, ain’t no such thing as “old music” so while I think it could have gotten more
attention; I still have plenty of space and opportunity to promote it.

My Standout Records To Date Has Been: In recent times I’ll say, 702
Freestyle, Top of It w/ Jay Worthy, Chefs Kiss, and What You Looking For (last two both
from the Hit My Phone instrumental tape) and my remixes on Audiomack and IG (Got
my TikTok bussing)

Most People Don’t Know: I know how to tumble. Jesse White type shit, I’m high
key nice I just don’t weigh the same amount I used to in middle school.
I’m going to be the next: Kid Breeze; The only one; the next mf to aid and assist
in really bringing fly cool and truthful rap music into prominence.
Favorite TracK: Right Now I’d have to say “Legendary Block Status” the intro to
me and Ju Jilla new tape. Video out now!

I’m going to be the next: Kid Breeze; The only one; the next mf to aid and assist
in really bringing fly cool and truthful rap music into prominence.

Favorite Track: Right Now I’d have to say “Legendary Block Status” the intro to
me and Ju Jilla new tape. Video out now!