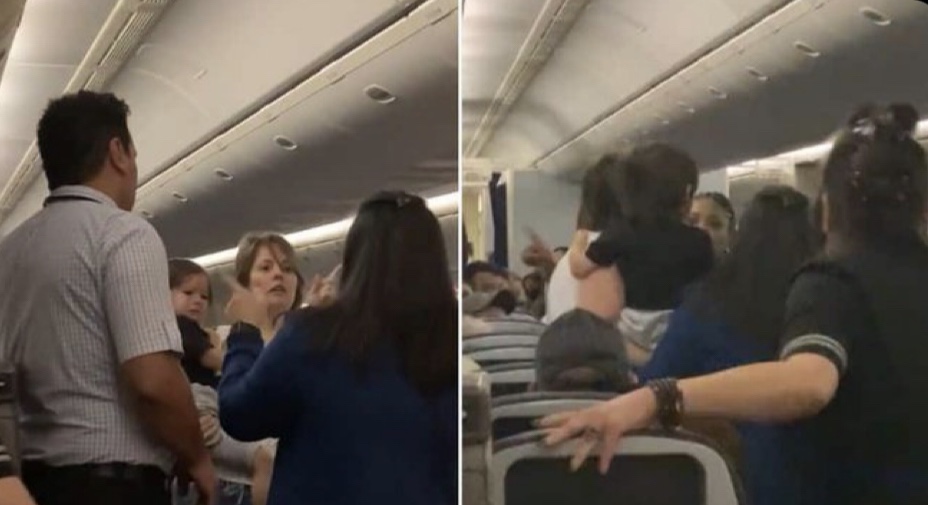 A viral video is going around of a United Airlines passenger who is seen holding a small child screaming and pushing through flight attendants aboard a flight from San Francisco to Chicago.

On Sunday, a United Airlines flight attendant was taken to a hospital following an incident with an angry passenger on a flight. Several passengers caught footage the woman who was carrying a child screaming “I’ll K*ll You” in the flight attendants face while other attendants feared for their coworkers life.

When the plane finally landed at O’Hare, Chicago police officers boarded the plane and removed the passenger for being a “disruptive” customer meanwhile the flight attendant that was attacked, amongst 2 others, were sent to the hospital to be checked out.

Chicago police have yet to speak on what exactly happened and no charges have been filed. The FBI is currently investigating.