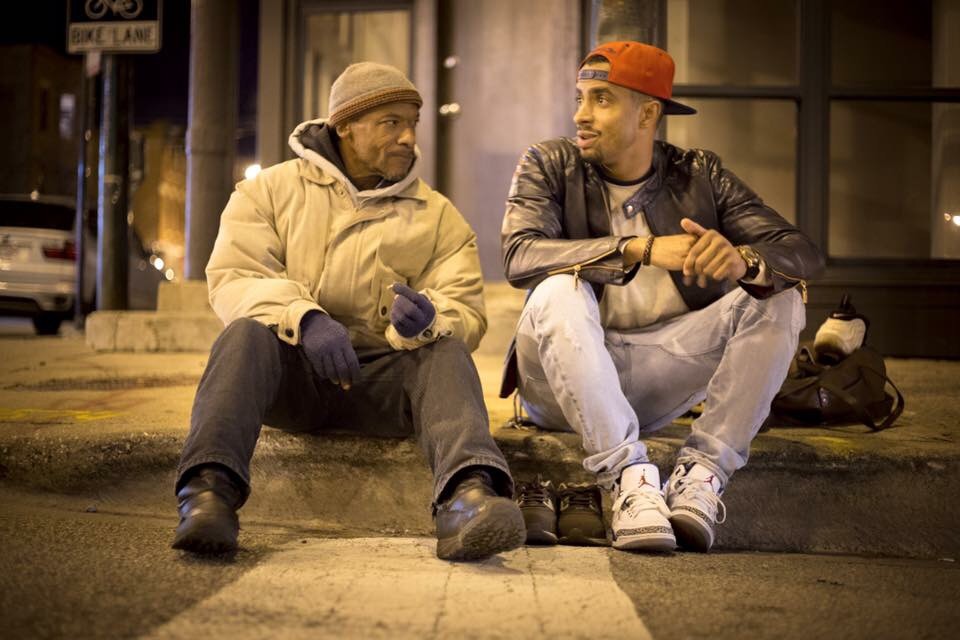 Happy Holidays! It’s that time of the year where thousands of people express their gratitude through the gesture of giving. Some people will purchase gifts from retail stores, while others will craft gifts from their collection of household items. No matter how grand or modest you express your gratitude; the act of “giving back” has always been the blueprint to having the Holiday Spirit. These acts of kindness and betterment can be witness through the national shoe drive called “Kicks 4 the City (K4TC).”

K4TC is an annual shoe drive that was launched in 2012 by Founder Justin Johnson, in St. Louis, MO. The shoe drive focus its efforts in donating shoes, around the holiday season, to local communities experiencing poverty and homelessness throughout the United States. Impressively, within three weeks K4TC donates 10,000 pairs of shoes in eight major cities like Chicago, Atlanta, and Los Angeles just to name a few. The mission is simple “making an impact, one shoe at a time” but the act of ‘giving back’ has empowers others to become ambassadors and volunteers whom collectively make a change, one shoe at a time. What’s even more impressive is how K4TC was created.

In 2012, 24-year-old Justin Johnson was approached by a 23-year-old homeless man named Montrell, who was asking for money. At the time Justin didn’t have any money to spare so as an alternative method he sparked a conversation with the young man, which soon transpire into a genuine relationship. It was during this inevitable encounter that gave birth to the foundation K4TC.

After multiple sit downs and gatherings Justin observed how the young homeless man toes were, as he put it, “busting through the seams of his shoes.” Genuinely concerned Justin asked Montrell were those the only pair of shoes he had. “I will never forget how he looked at me with pride and said, ‘yes’, ” said Justin.

From that initial encounter with Montrell, Justin and his friends kick start an informal campaign in St. Louis, where they collected any used or new shoes within the city to donate to homeless people, similar to Montrell. “Some shoes in the closet that are not being used because of the style, slight scuff, or size could be brand new to somebody like Montrell, who’s in need”, said Justin.

His compassion for the next individual well-being derives from being a philanthropist. “I’m focus on how to give back or maybe how to create an impact that is not directly a benefit to me,” said Justin. And like any philanthropist, Justin always contribute the growth and success of K4TC to the numerous communities’ involvement with the shoe drive. Whether they are volunteers or avid donators, it’s through the constant push of contribution that fundamentally strengthen this annual shoe drive mission to issue shoes to the less fortunate. This endearment is honorable since we live in a shoe era generation.

As always, there is no conclusion because K4TC is here to stay. However, if you haven’t please make sure you donate any new or slightly used shoes.

Let’s make this impact greater than the last.