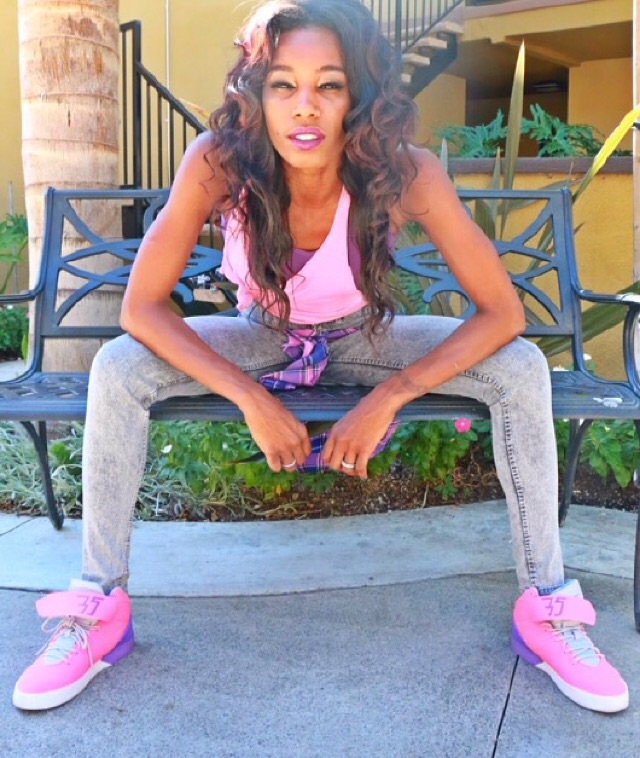 Imagine leaving everything you’ve ever known to pursue a dream you’ve had since a small child? Imagine going to a place where you have no familiar friends, no family, just a dream that you were 100% ready to pursue?

That’s exactly what 25-year-old Shiranette “Shi Charming” Scales did when she graduated with her bachelor’s degree in Social Work in the Fall of 2013 and moved to Los Angeles 3 weeks later.

Growing up on the South side of Chicago where many of her peers have been murdered, engaged in drug addiction, serving prison timeor faced with unwanted pregnancies, Shi used dance as her outlet.

“Dancing was like my safe haven,” she said. “I literally cannot imagine my life without it.”

A dance competition she participated in during her last year of high school at Southern Illinois University encouraged her to begin attending the school later that fall. During her time there, Shi was very involved with dance on campus by being an active member of Fatal Fusion Dance Group. From there, she founded the Saluki Charming Majorette group with two of her Fatal Fusion teammates, an organization that is still active on SIU’s campus to this day.

“It takes a special type of individual to move away from everything they’ve ever known just to pursue their dreams. Of course I get home sick, but I dance to perform, and perform to entertain,” she said.

Making a name for herself in the city of Los Angeles has not been easy, but it is Shi’s faith and undeniable hustle that has taken her far. Since being in LA, Shi has founded the Los Angeles division of The Charmings, and has even gotten into acting and modeling too.

“I look at things in 4 year increments, like high school” she said.

“The first year you figure out how to execute your plan and you enlighten yourself about your new environment. The second year you follow through with the plan and begin to adapt to said environment. The third year you should have successfully executed the plan. The fourth year you should reach a different level like graduation. That can mean anything from coming up with a new goal or expounding on the goal you’ve already achieved.”

Within the last couple years, Shi has choreographed andappeared in countless dance reels, in music videos with artists such as T-Pain, Travis Scott, and Rae Sremmurd and is even appearing in four major films as well as a television series “Confession of a Hollywood Bartender” which happens to air on her 26th birthday which is February 10th.

If that’s not enough, Shi also has a dance tour scheduled for Spring 2016 where she will visit inner city youth in Chicago, Atlanta and New York to teach choreography and give inspirational speeches.

“Majority of the youth have no positive guidance, I would like to be that to them.”

“Listen, I know the power of dance and I know how it can keep people, especially kids out of trouble,” she said. “Dance has helped me throughout my entire life and I want others to experience a positive creative outlet too.”

Shi advises anyone with a dream to just do it.

“I’ve always had this idea that if you want something in life, you need to go get it. Don’t let fear or your friends or family hold you back. Yes you’ll get scared, but remember that God doesn’t give us talent for no reason” she said.

Check out her work here:

Future – Where Ya At Dance Cover: http://youtu.be/yjdjXOjRMy8

T-Pain – Up Down Dance Cover: http://youtu.be/DRuzO8kD-Lg

And stay tuned to everything else she has in store for 2016.

‘ONLY IF YOU KNEW’: A RAPHEAL DE’ANGELO HAYDEN STAGEPLAY
GETTING TO KNOW DANI D