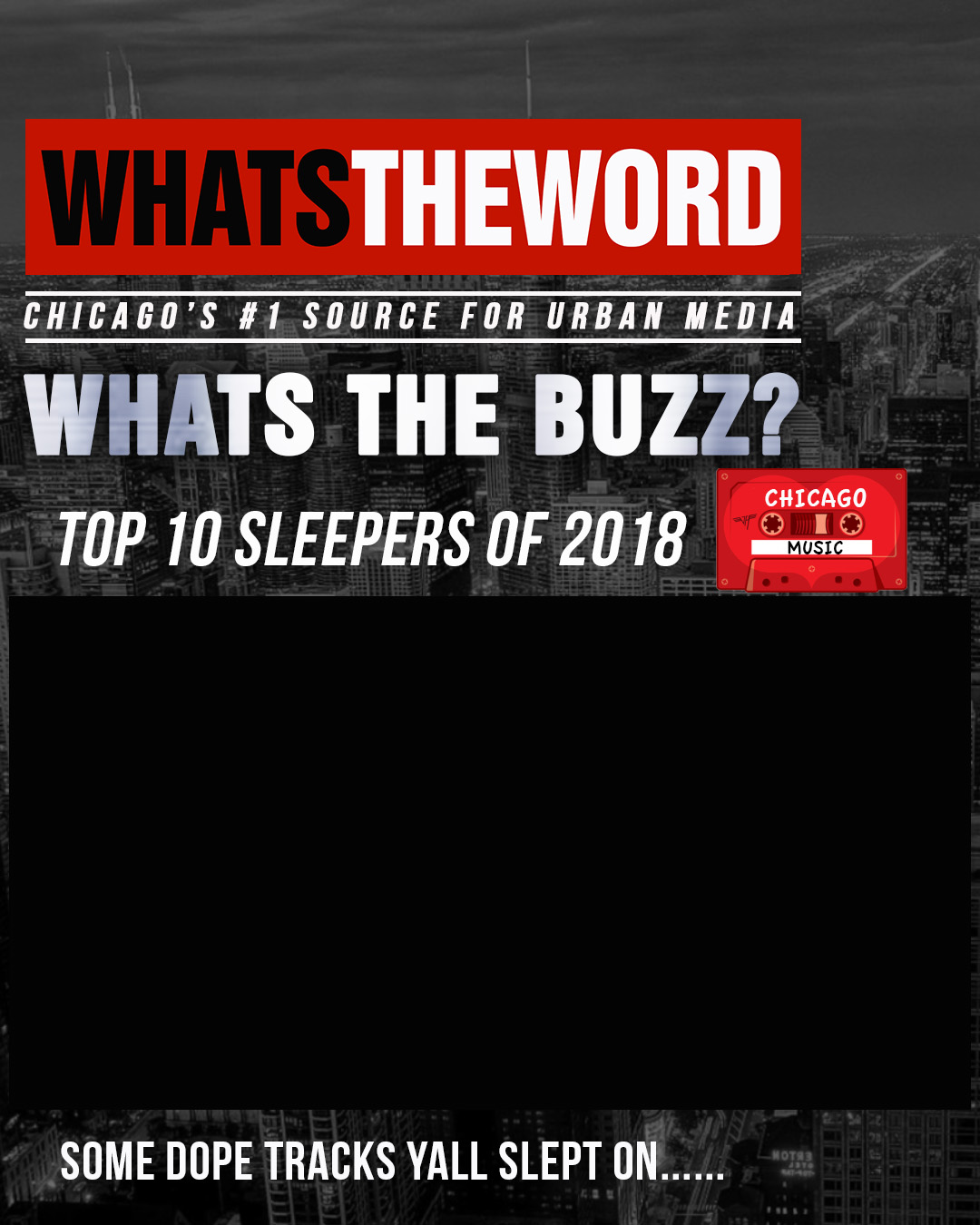 2018 was Chicago’s year for music, with about 10 artists inking, Juice Wrld killing the charts with “Lucid Dream” and artist like Gherbo & Lil Durk reclaiming the streets. Chicago drill wave of 2012 has returned but this time the sound is a wider range. With that being said you can only imagine how much music was released. This brings up the question, with so many artists releasing music, are there any good songs that we’re over looking? Well below we compiled a list of songs that we feel are the most slept on records of 2018, These are some dope tracks that didn’t get the exposure we feel like they deserved. If you don’e see your songs drop your artist song and name in the comments. HAPPY 2019!

Lgado posted this clip on Instagram, and I was a fan every since, the beat goes bananas. I ask him every time we connect, why wasn’t this on his Nino Season Project. Flow would of been perfect for the summer. The beat goes crazy and his lazy flow has a lot of quotables. This summer I was dragged to a Swiper Nation Party by my young fraternity brothers, where Gado was performing. When the DJ began to play Flow for 20 seconds, you should of seen the reaction from crowd.

First heard this song back in March, I was too geeked to hear my young guys 147 Calboy and Juice Wrld on a track together. Then the song was leaked, and the internet thought it was Lil Durk and Juice Wrld, refusing to give lil 147 his flowers for a crazy verse. non the less this is still one the most slept on records in the city this year.

I received my first diss track from an artist this year and it was from Asa2Times after not making the Chicago 2018 Watchlist. If I would of heard Whip before constructing that list, he would of been on it for sure. Whip is a strip club anthem, if he gets a guy like Blacc Youngsta on the remix it would go national.

Sprado, is one of those talents that I almost slept on myself. Got the scoop from DJ D93, and almost overlooked it, but then DJ D93 is one of the best DJ’s I know. So if he vouches for good music, I had to listen . Sprado has a party record thats going crazy in the streets right now but Wrist Work is a track the city let pass them by.

First got a wind of WemmyMo at a fresh empire event in the south loop, found it quite interesting the 18 year kid was headlining his own show. The real amazement came when he performed Holy Vibes II and the whole crowd knew his words.

MVP Nasa, will be a force to reckon with in 2019, this online record proves it. With the right guidance this kid will go far. If you don’t believe me just press play.

Chimeka is one of best female, well rappers period we have in the city. Even though she didn’t go as hardcore with the bars, she still brought it with the melodic flow. To add the icing to the cake, The Boy Illinois provided one of the best closing verses I’ve heard since Wale “No Hands”.

Fresh off receiving his platinum plaque for producing the NBA Young Boy hit Untouchable, D.Brooks Exclusive is currently working on Squad Goals with KD Young Cocky. “This and That” would of been a perfect single for the streets to launch the project. Sonically this one of the best tracks of 2018. KD Young Cocky bodied his verse, and on the hook, Valee’s voice is always a pleasure to the ears. King Louie brought hit home, yea the city slept on this track.

Mikkey Dollaz project was very underrated, no wonder the city snoozed on this Out West track. A verse from KD and Valee on the hook might be a formula artists should look into exploring more of in 2019.

The brown boy can spit, people continue to under estimate the kid, but come 2019 I believe he gone show the city. TOTO is just a preview.