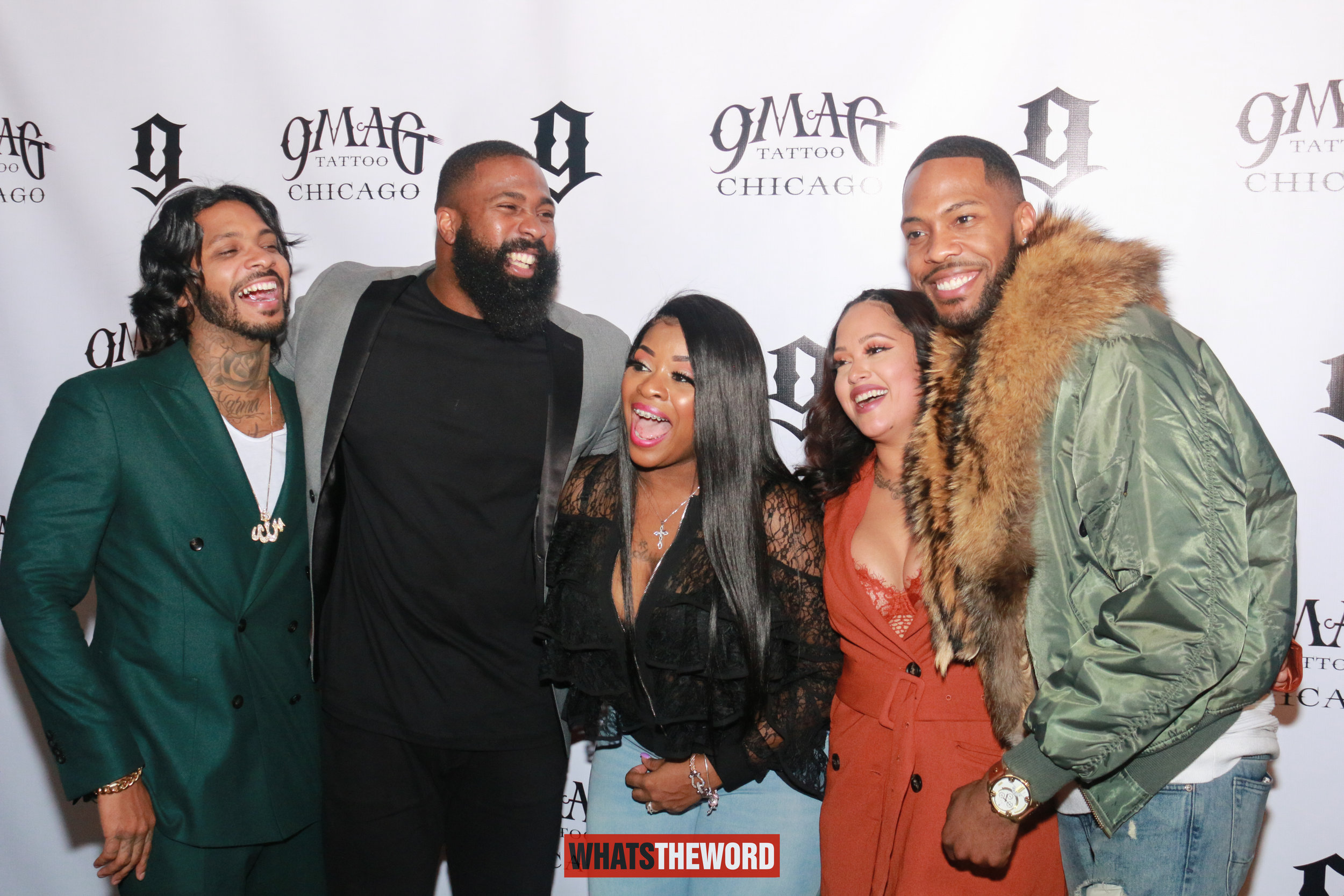 Black Ink Crew Chicago’s Ryan Henry opens his legendary tattoo shop for the second time. Saturday January 5th 2019, 9Mag Tattoo shop re opened its door at Lucuna Lofts in Chicago. The new space is bigger and more modernized than the original shop. Hundreds of fans and Chicago influencers came through to celebrate with the 9Mag family.

With the old 9Mag riddled with bullet holes after Ryan trashed it, his next move was to buy a new and improved space to grow a new and improved team. Season 5 of Black Ink Crew Chicago is now on the way, so it will be very exciting to see what team Ryan decides to bring in the new shop. In the first episode we learned that he and his long time girl friend, Rachel are not together; She still supported the grand opening. He offered Don a job in the season opener. Also If you pay attention to the pictures below, you will discover a sticker of Phor on the receptionist desk, is he re joining the team? Its known that Kat has started her own shop in LA, but will Van rejoin him? Its a lot of questions that still needs to be answered. It will be a joy to see the original 9Mag team together. I guess we have to wait to see what this season has in stored.

Proud of this brother @ryanhenrytattoo and the success he has created for himself and proud to take the journey with him . Y’all already know this lady @ashley_danielle_p been holding it down . Proud of y’all and just happy to be in the mix #NMOL #family #growth #chicago #blackinkcrew #blackinkcrewchicago

WHATS THE BUZZ?: TOP 10 SLEEPERS OF 2018 (CHICAGO MUSIC)
Is Soulja Boy Guilty of Stealing Songs as Well? A Chicago Dj Says He Stole His!