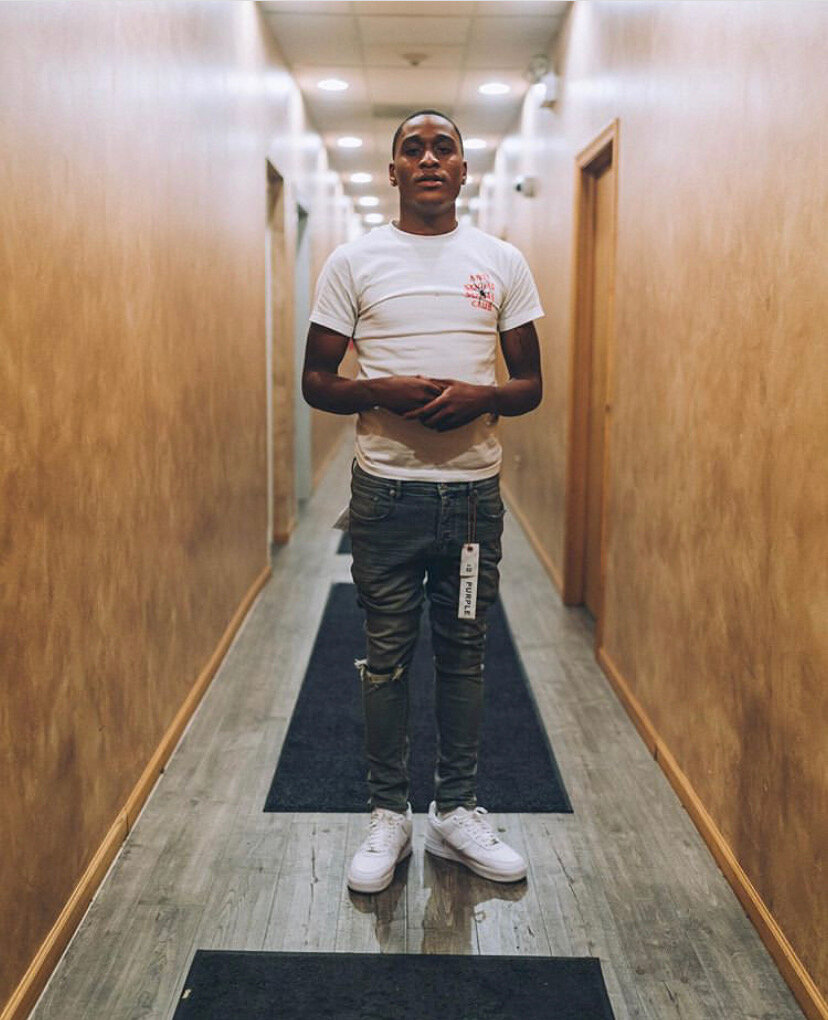 On June 29th, I attended Rapper Lil Romos’ debut listening party for his unreleased project. Theresa Ashford sent me the lovely invite with all the details for the event.

Lil Romo’s 2020 Listening Session #Recap🖤 Shoutout To Everyone That Was Able To Make It.. We Going Up🚀🙏🏾 #Lilromoturn😈 🎥 @milkymadeit #lilromo

The stay at home order had just been lifted for the city of Chicago and it was the first event that I was attending after quarantine. While arriving to the event, butterflies filled my stomach and so many thoughts ran through my head. Thoughts such as “will there be social distancing?” or “is everyone going to be wearing their mask?”, which I felt were reasonable thoughts considering what the world was going through.Regardless I was eager to hear what ROMO had been cooking up.

Congrats on everything you got going on My Nigga 💯💚. Keep striving to be great @lilromo71

During this pandemic Romo has been putting in work. No lie, each song was a hit. The room was filled with family, friends and people in the music industry. Chicago’s hottest and very own DJ Mil Ticket blessed us with his appearance which was pretty dope because DJ Mil Ticket has worked with plenty of successful artists.

As I mentioned before Romo definitely did not take any days off during this pandemic. From the beats to the lyrics, each song was straight fire. In order to let people have a better insight on his life and to build a better connection with his audience, he had each song represent something about him and thats pretty dope. It’s almost like he was building a connection with his audience and that’s pretty dope. Romo definitely let everyone in the room know that he was made for this and that it was his time. He is certainly locked in and focused on getting to where he needs to be. The event had a great vibe, and it was filled with nothing but happiness and support. Mark my words, Romo is no doubt the next big star out of Chicago. Be on the looking out for Romo’s project that is planned to drop Summer 2020, you will not be disappointed.

@lilromo71 ‘King Without A 👑’ Private Listening Session Last Night. Thank you everyone who made it out 🙏🏽🙏🏽🖤🖤 📸:: @digitaljay_ S/O @theprogramminc @empire @glasstreechi

Altogether the listening party was a great experience. Everyone there were very welcoming and I got to vibe out, and actually stop thinking about the coronavirus. It was certainly a pleasure to attend and I’m looking forward to seeing the worlds reaction when Romo releases his new project.