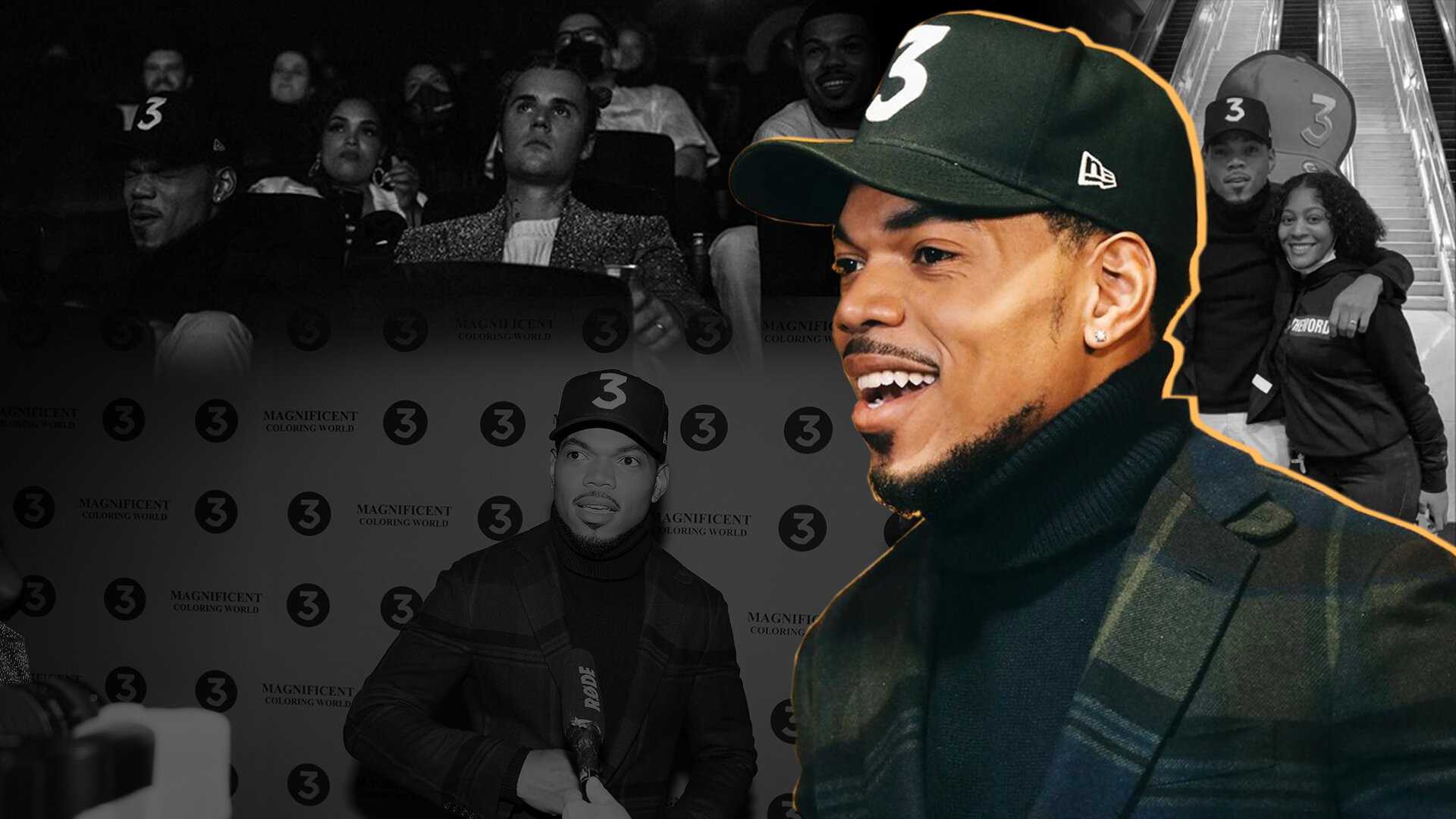 Flashing lights and camera mics filled the red carpet, as we waited for Chance The Rapper on his big night of premiering Magnificent Coloring World.

The red carpet was full of surprises. Everyone stepped out for Chance and all were fashionably on point. The night was accompanied by Chance’s family and friends. Just to name a few: Taylor Bennett, Vic Mensa, King Louie, EngelwoodBarbie, and the night’s biggest surprise, Justin Bieber.

Fun fact about Magnificent Coloring World, it’s based on a private concert that chance held back in 2017. He held 3 private concerts in one day to film this movie. So private, that the fans had to meet at a secret spot and be shuttled to the actual location. Those fans weren’t even able to record or post on social media about the private performance. I believe Chance did it that way so that it can be more of an intimate setting. I don’t think I’ve ever heard of a celebrity doing that for their fans, did I mention that it was free? That really shows how Chance feels about his fans. The film allows the audience to experience what those lucky people had lived.

This film really touched me—I even cried a little.

To be completely honest, before watching this film I had only listened to one of Chance’s songs and that was “No Problem” ft. Lil Wayne. I’ve always seen what Chance did for his community which made me support him as a person. So when I watched this film I learned a lot about Chance. I had no clue that his music had gospel in it and no clue that he sang. I learned that his lyrics were inspirational and very motivational. This film really touched me—I even cried a little. I was able to feel every emotion that Chance felt in his performance. I can honestly say it felt as though I was a part of the movie.

From start to finish not a moment was silent. I enjoyed every moment of the film, but the scene that touched me the most was when he performed his song “Blessings.” The whole scene sent chills through my body, it was very moving. To add to the emotion, the choir and the orchestra did a phenomenal job. After leaving the film I can definitely say Chance gained Ri Jones as a fan. I mean seriously since the film I can’t stop listening to his Coloring book mixtape.

My team and I sat in the row in front of Chance and Justin during the movie premiere. As Chance watched everyone in the audience sing along to the movie, you could see how proud he was. The seats were filled with lots of family, friends, and his biggest fans. The film as a whole showed who Chance really is as a person. It showed his love for God, his love for music, and his love for his loved ones. It was great.

At the end of the show, Chance and Justin did a little Q&A about the movie. The crowd was very interactive with the questions, making the room feel like we were involved in the conversation between the two. As the questions were asked you could definitely see the brotherly bond the two shared.

Chance has an amazing love for his city, always supporting Chicago and giving back in every way that he can. I believe that if you watch this film it will be a huge thank you to Chance for always looking out for our city. I guarantee if you aren’t a Chance fan after watching this film, you will be.

After the Q&A I got a chance to have a small conversation with Chance and he was very pleased to hear how much I enjoyed the movie. Overall I am very proud of Chance and very blessed to be able to be one of the first to view his new film. Hands down I rate the film a 10/10!

More from That Night:

Baha Bank$ Flow is Like Water In New Video “DRIP” &amp; Chance The Rapper Says She’s Up Next Out of Chicago
Jim Jones on Chicago Drill Music Changing The Game