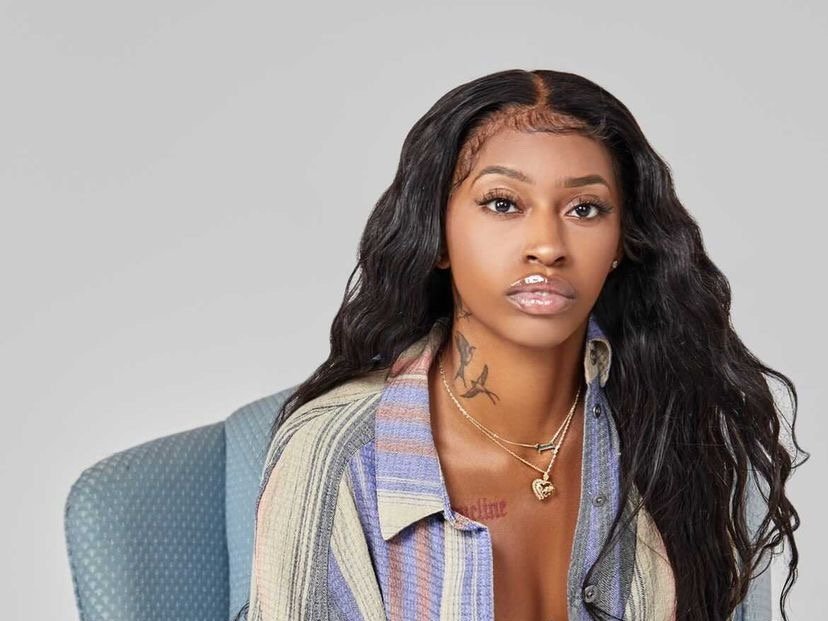 R&B singer, Jaas released her new EP, Unavailable on October 18th, and on top of celebrating her birthday the same day the Chicago singer has had a huge week.

Dropping her project the same day as her birthday was done purposely said Jaas, “I thought it would be cool to share [the release] with [my birthday]. My art, my music is my whole life.”

Following the release of the visual for the single “Why” on October 1, the EP includes 7 tracks, one being the intro entitled “Voicemails.” The intro is a 44-second track that features her friends and family questioning the whereabouts of her music.

“Ugly” (my favorite track) follows the intro and immediately captures you. The track is two minutes and 16 seconds of rawness from Jaas; she gives her all as she explains the ups and downs of the relationship that she decided to move on from, and it’s also very catchy.

Ultimately, Unavailable is about putting yourself first says Jaas, “As much as I want to say like it’s about these n*ggas is really not, the underlying theme is about self-love and being completely okay with just being with yourself.”

Though you couldn’t tell by her relationships and the way she maneuvers through the Chicago scene, Jaas is originally from the east coast. Having lived in New York, Maryland, and Washington DC, Jaas found community when she settled in Chicago back in 2010.

“I think the main reason I wanted to stay was just that the culture is so rich like it’s one of the best cities. I mean I know we have a lot of violence and things that we need to improve upon, but you know it’s just something about the city that’s just electric,” said Jaas, who also says that Chicago also has the best food.

The title of the EP comes from Jaas’ own journey of taking a break and focusing on herself, making sure that she was mentally stable before opening herself back up to the world, “I can’t expect to influence anybody or try help anyone else if I can’t help myself,” said the R&B newcomer.

Jaas says that she’s been in relationships since the age of 14, always being in love with love but also having to realize that it’s deeper than that. “I definitely want to help women with codependency issues and women who go through abuse because it’s always deeper rooted issues,” explained Jaas.

Unavailable was recorded at Classick Studios, a staple in the city, having served many Chicago artists such as Bj The Chicago Kid, G Herbo, the late Juice WRLD, and more. The EP was executively produced by music producer and engineer, Rozart and includes production by Vzn, Allday, and Slimwav.

The EP has a running time of 15 minutes but fills you with various emotions as you not only listen but also feel with Jaas. The project’s finale song, “Unavailable” is a sweet treat at the end as you get a sense of freedom from the previous hurt that Jaas sings about. Starting the track off with “You probably don’t think that it’s fair now/Thinkin’ that I want something better/Cuz I’m not in your league/And I’m not available.”, we can hear Jaas’ growth on this track and we appreciate it- it feels like a huge triumph.

Jaas says the journey of love includes learning how to love oneself, and she states that people can’t love someone properly unless that love of self is present, “I still believe love is out there, I’m saying the people just have to come the right way for their self, that’s really all it’s about.”

Unavailable EP is available for download and stream on all platforms.

City of Chicago presents Let’s Talk About It: A Conversation About COVID-19 vaccine part 1
The Game Wants His Flowers