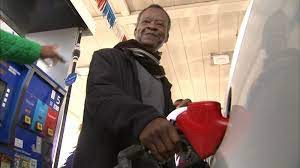 Chicago businessman, Dr. Willie Wilson, was trending yesterday after he dispersed $200,000 to 10 gas stations on the South and West Sides for vehicles to receive $50 in gas each- a move that was seen as a blessing as gas prices have surged to nearly $5/gallon due to the Russian invasion of Ukraine.

According to ABC7 Chicago, Wilson will be donating $1 million to 50 participating locations next week, despite the backlash in the way he chose to execute the giveaway.

Wilson’s donation led to heavy traffic in the neighborhoods in which free gas was distributed and has caused outrage on social media. Chicago Historian, Shermann “Dilla” Thomas even wrote an opinion piece touching on the intentions being amazing, but execution falling short.

“Whenever and however Dr. Wilson intends to help Chicagoans, he must be cautious about how to implement that help. Folks on the South and West sides have higher asthma rates than those on the North Side. Having hundreds of cars idling near homes and schools is not good, and it will later hurt those Dr. Wilson wants to help.”

There were also suggestions of how Wilson could’ve done a better job at his plan by giving away $50 gas cards or cash instead of only choosing certain locations for the giveaway.