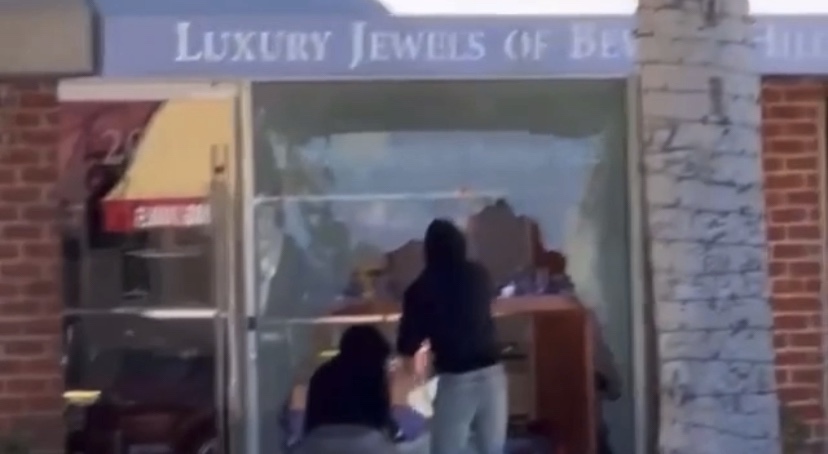 Beverly Hills business owners and residents are on high alert after millions of dollars of high-end jewelry and watches were stolen during a brazen broad daylight smash-and-grab burglary.

Five suspects descended on a South Beverly Drive jewelry store with sledge hammers, breaking the front window and making off with merchandise, according to police. The “smash-and-grab” suspects fled on foot. Detectives with the Beverly Hills Police Department are investigating.

The burglary was captured on video by several onlookers. In one video, a driver who passed by the jewelry store recorded the suspects grabbing items out of the smashed storefront window.