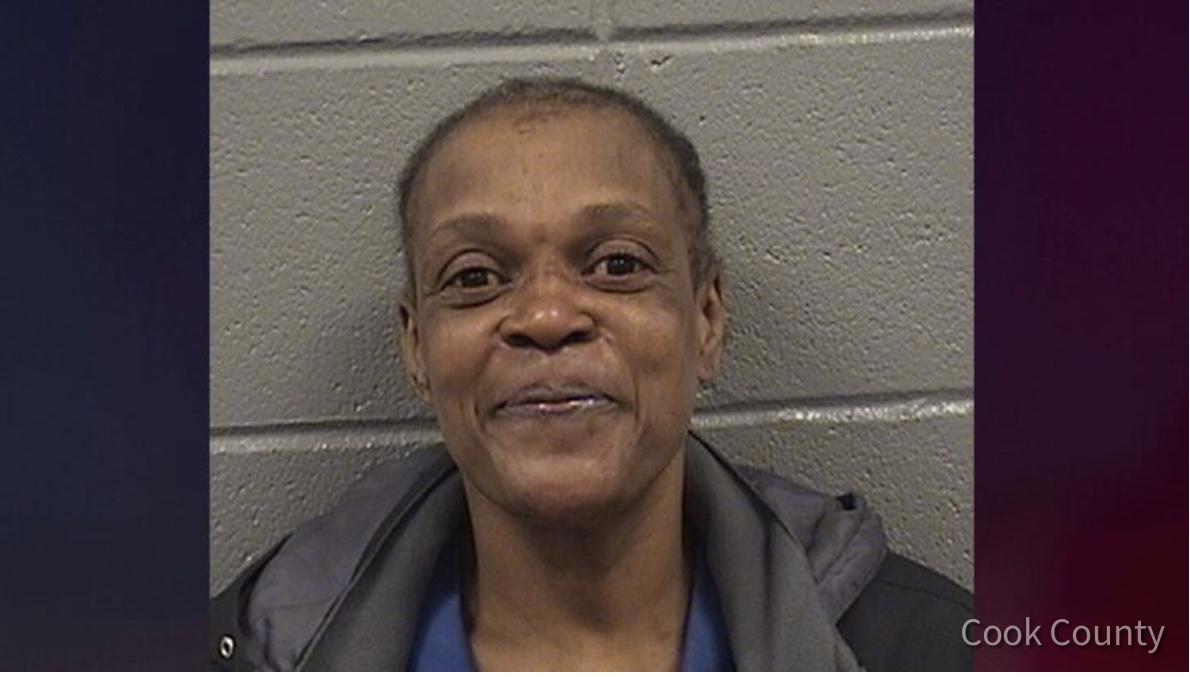 55 year old Veronica Wilson, out on parole after fatally stabbing her boyfriend years ago was arrested again last week on suspicion of stabbing an ex-boyfriend in the neck in earlier this month.

Wilson was arrested Friday and charged with felony counts of attempted murder and domestic battery in the March 5 attack in West Garfield Park. According to Chicago Sun-times, during her initial court hearing Sunday, Cook County prosecutor Tom Lahood explained that she and the 43-year-old victim ended their “intimate relationship” last month but continued dating until shortly before the stabbing.

Earlier this month, it was reported that Wilson and her ex lover both walked to a park and hung out for a few hours. As they stood in an alley in the 4700 block of West Erie, near Smith Park, Wilson allegedly asked her ex-boyfriend to walk her to the corner and he declined. The two allegedly got into a physical altercation, and Wilson stabbed him near the collarbone.

The victim was taken to Mount Sinai Hospital and was later transferred to Northwestern Memorial Hospital, where he underwent the first of two planned surgeries, Lahood said. In addition to the stab wound to his neck, he lost feeling in his left arm.

The circumstances of the stabbing are strikingly similar to the November 2014 slaying of her then-boyfriend, 46-year-old Andre Brown. She was found guilty of second-degree murder, sentenced to 12 years in prison and ultimately paroled in August 2020, Lahood said.

Her next court date was set for March 28, and she’s being held without bond.