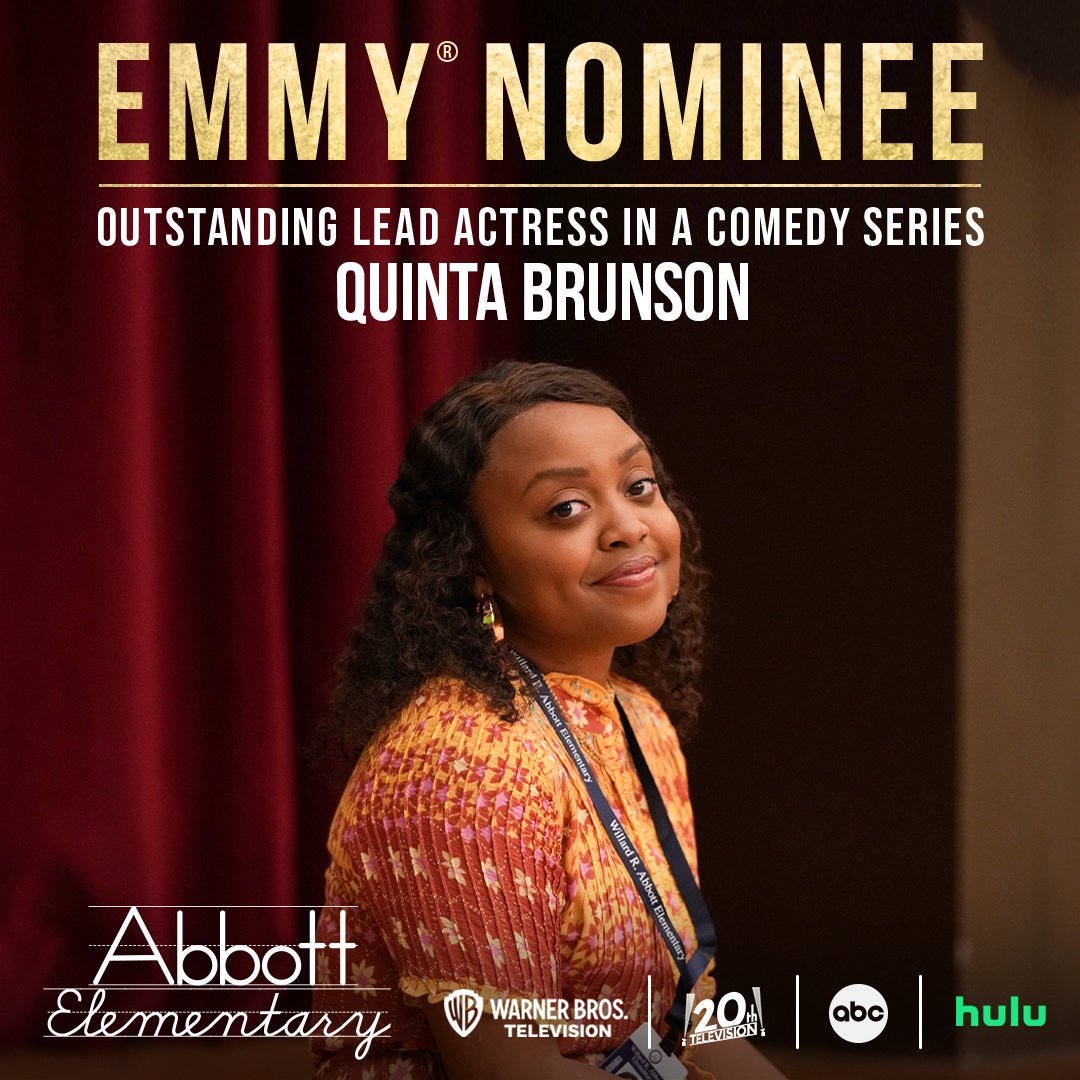 The hit ABC comedy “Abbott Elementary” has taken the world by storm over the last year and creator Quinta Brunson is getting her well-deserved flowers in the process with three Emmy nominations this year. At 32, she is the youngest black woman ever nominated in the comedy acting category. She also stands to make history as both lead actress in a comedy and writing for a comedy series (each have only had one black woman winner in the Emmy’s 74 year history). Isabel Sanford was the first black woman to claim best actress in a comedy series for “The Jeffersons” back in 1981 while Lena Waithe alongside Aziz Ansari won best comedy writer back in 2017 for “Master of None”

The upswing in black talent getting their recognition at award shows has been an ever-growing process but Quinta Brunson’s rise to prominence is nothing short of inspiring as “Abbott Elementary” is one of eight shows nominated for outstanding comedy series and should it win would be the first network show to win the category since “Modern Family” in 2014. The 74th Emmys will air on Monday, Sept. 12.