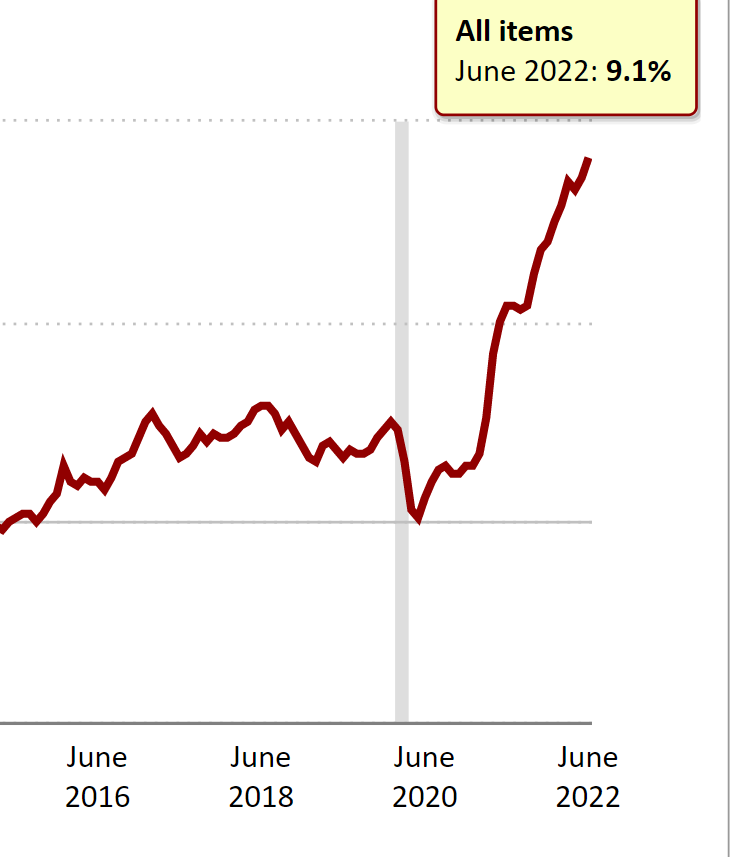 It’s no secret that the last two years have done significant damage to the world’s economy. Look no further than inflation reaching a 40 year high as of June last month, according to various reports from sources ranging from CNN to The New York Times. The consumer price index has jumped up 9.1% since last June, the fastest pace since 1981. A lot of this can be attributed to Russia’s war in Ukraine, but this affects the everyday living of all Americans nonetheless.

Grocery prices have also risen 12.2% over the past 12 months, leading to questions if Americans can continue to survive on the current wage system as most amenities continue to skyrocket. Russia’s war in Ukraine has also hampered the world’s supply of oil, wheat, corn, and other needed supplies further putting a strain on fertilization costs for farmers.

Rent has climbed 5.8% in the last year as families have consolidated and moved in together to help offset higher costs of living. Despite the bleak reality there is a few signs things will soften in the coming months. Wages will have to increase to and discounts from supply chain’s bloated inventories will help customers in the long run. However, only time will tell how the economy will shake out amidst these significant changes.