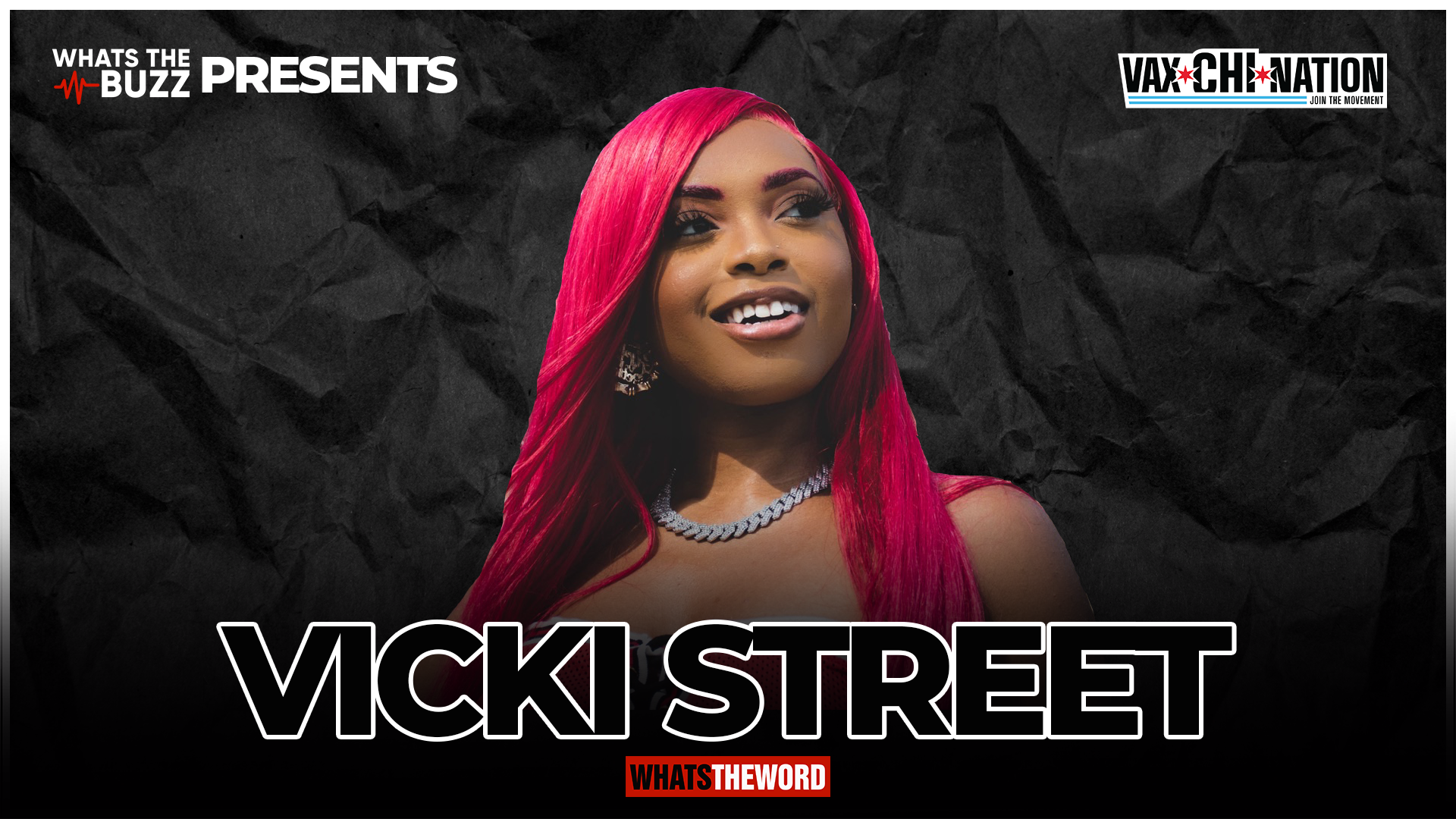 Chicago girl, Vicki Street has been on the go all year. Right now she’s featured on the End of Summer Tour powered by Lyrical Eyes, and it’ll be wise to tune in to what she has to offer. From starting as an entertainment host, evolving into one of the most consistent up and coming female lyricists in Chicago, one thing is for sure- Vicki Street will not be stopped. Street has also blessed the world with her latest EP “With Everything Going On,” featuring some of your favorite Chicago artists. Thankfully she made some time to give the team a few facts about who she is.

AGE: 28
Hometown (neighborhood): South Burbs of Chicago
I grew up listening to: Gospel, Jazz, Funk, Hip Hop and R&B. My fondest memories include late
night cruising with my parents; listening to Kindred the Family Soul on WNUA 95.5

How Did You Get Your BUZZ?: This year makes my 10th year in the game as an emcee. I
began by hosting events and conducting interviews when I was 17. After performing in a handful of tribute shows, folks really encouraged me to write my own raps. It wasn’t until the pandemic hit that I started taking rapping seriously. The pivot from strictly being a host to a music artist was an smooth transition because of this.
My style’s been compared to: Notorious B.I.G., Foxy Brown, Eve, MC Lyte, Da Brat, Larry June
and Kash Doll.

I’m going to blow up because: I’m a lyricist with sex appeal. You can’t have one without the
other in my opinion. I’m what the game’s been missing.

What’s your most slept-on song, and why?: “Chasin’ Trains”. It’s not the sexiest song but there’s an overarching theme of mental health and that’s what I wanted to shed light on. My goal for the song was to at least start a conversation that would ultimately encourage more people of color to seek therapy.

My standout records to date have been: Slique and Trippin’
Most people don’t know: I play saxophone
I’m going to be the next: Missy Elliot / Diddy
Favorite Track:
I like all of my tracks for different reasons. While most people’s favorite track is “Trippin”, mines
is “Toxic Love”. It was the first vulnerable record I wrote that felt like a literal release. I feel like
everyone has experienced a toxic situation and the imagery laid out in my verses really make
you feel like you were there.