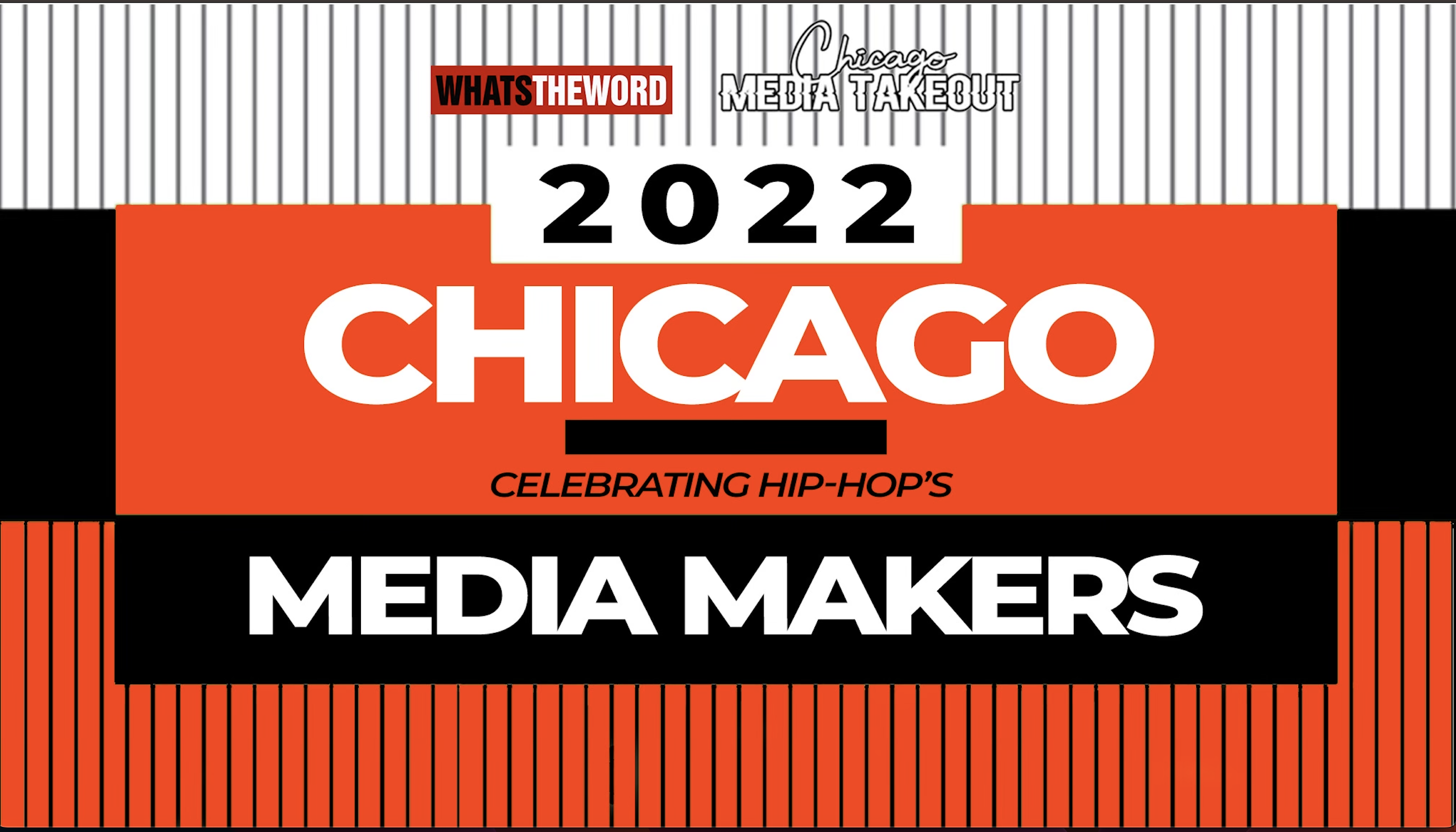 Media is everywhere. There’s a podcast or a piece of content for just about any topic of your choosing. When it comes to the media in Chicago, the city’s contributors should be proud of the vocal amplifications that now continue take control of the narrative that everywhere else portrays of the land. Chicago is known and recognized for numerous things. From the amazing food to the music and talent that’s bred from all sides of the city. Although these entities of the beloved windy city are honored and notarized, there’s rarely a set time to honor the platforms who report the news, push the content, and make sure the world knows, THIS IS CHICAGO.

“This is What Chicago Sounds like,” the tagline of the city’s Urban Alternative station, Vocalo Radio. The sister station to the renowned WBEZ, there’s no denying Vocalo is for the culture. Tuning to 91.1 on your FM dial gives you a diverse range of HipHop, R&B, and neo soul with many artists coming straight from your neighborhoods. If you’re looking for that balance of Chicago artists and mainstream lyricists Vocalo Radio has exactly what you’re looking for.

Looking to get your music heard? Windy City Underground Radio brings a platform for the underground artist, the artist with buzz or even mainstream artists alike inquiring an honest review of their song from both a music tastemaker and an untrained ear. The entire show is produced by upcoming media professionals so it’s a great way to get into the ears of the next “buzz” of Chicago’s entertainment and media industry.

A WAY WITH WORDS PODCAST

WHAT MORE CAN I SAY PODCAST

The Terry Roseland Podcast, is not your ordinary relationship podcast.

TRP has built a gradual audience over multiple platforms across social media. With it’s witty approach to getting into your business Terry & Kam touch base on both the male and female, bougie and ratchet, dependent and self- sufficient aspects of sex, dating, and discovering your adult self.

The most Chicago of Chicago podcast hosted by Chella H & BODEAL. Str8drop is E! News for the city’s culture. Whenever and whatever happens in the streets of Chicago not only will Str8drop report about it but you are sure to see the subject of interests sitting down with the hosts clearing up the story in real time. This podcast is what Chicago culture needs. A space where the streets is dissected, explained, and giving the light and realness our city illuminates.

ABC 7’s investigative reporter and anchor Samantha Chatman is an all around Chicago girl. Born and raised on the south side, the Emmy award-winning journalist has found her way back to the city she calls home after reporting the news in different markets across the nation. Being a part of the team that inspired her to pursue journalism, Chatman is now living her dream, delivering real journalism to the culture, and inspiring the next generation of news journalist from Chicago.

If you haven’t heard of MACONOMICS, Ross Mac’s early morning car content educating his daughter on financial literacy or come across the GET SMART WITH MONEY series on NETFLIX, it’s time for you to wake up. Ross Mac is the guy when it comes to managing your money in Chicago. Ivy league educated, The Wall Street Rapper has been dedicated to educating others on building wealth via different major networks and platforms in and out of the Chicagoland area.

There’s one thing to promote new artists and underground music but to give them a platform bringing their fans from behind the streams and into venues to see their favorite Chicago upcomers is another win within itself. These Days Magazine spends time on giving our rising artists a collective. Connecting them with other artists, producers, engineers in hopes of building and contributing to the “togetherness” that is Chicago. Keep up with their “Chicago Artists to Watch” series.

The guide that innovators need. The Ghetto Flower is the Chicago’s space to “TRANSFORM THE CULTURE, EMPOWER OUR PEOPLE, SHAPE THE FUTURE,” through building community and helping artists with exposure, marketing, and content strategy. TGF highlights a large sector of creatives and culture movers seeking to engage with like-minded individuals through various digital mediums. Plus, their merch is dope!

BLACK CHICAGO BE LIKE is a household name for Chicago’s urban culture. There’s not one episode that doesn’t resonate with a dating experience you once had, something your cousin may have done, or just being in the streets of Chicago growing up and navigating your adult life within the city’s limit. Korporate has also given many acting debuts to some of Chicago’s most influential entertainers of this generation .

Studying your craft, always learning, and working is what Steve Nunez is. From working with Chicago’s smaller platforms, moving up to mainstream radio stations and now capturing cultural moments for companies such as Rolling Stone, Lyrical Lemonade and more the hard work that Steve has put in does not go unnoticed, and neither does his amazing photography skills.

DDP captures the culture from Chicago to beyond. His homage to his city is why he’s so special and respected in Chicagoland. There’s not a celebrity event, concert, or game where DDP is not present. The best thing about the DDP brand is you always know his exceptional DDP touch on his work. If there’s anyone to recognize for effectively enhancing the city’s culture through glass, it’s him.

C.H.A.M.P.S MALE MENTORING PROGRAM, THE HEALING CHI AND SWERVING THROUGH STRESS GIVES BACK