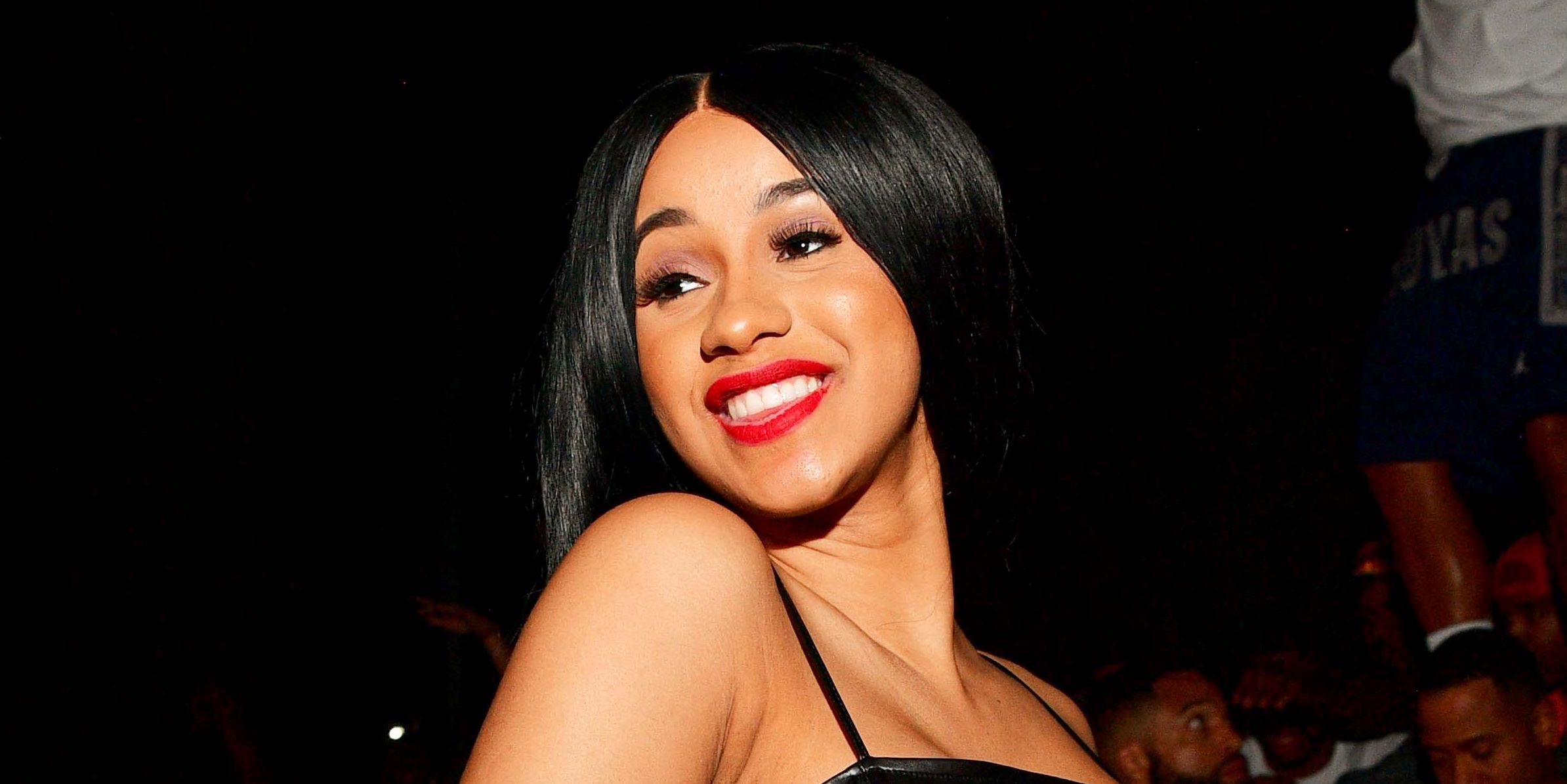 More videos will be added each day until Jan 31,2017. Please review the list below.

The number should come to no surprise seeing that  Donald Trump being elected effected not just urban America culture but the world. The 45th President has shown what many feel he’s an incompetent commander in Chief. Seeing how almost everything on this list had involved President Trump in some way proves the powerful impact he has had in 2017.

In 2016 Colin Kaepernick risks his NFL playing career by kneeling during the national anthem to raise awareness about police brutality. It was said that league owners blacked balled him, and wouldn’t sign him, quarterbacks with extremely fewer skills were signed Over the Kaepernick. In the beginning, very few stood with him, but in 2017 the protest grew and he had the NFL on the fence.  President Trump spoke against all players who protested by calling them “ungrateful son of B**tches”.

Trump’s comments didn’t sit well with Players, as a result they join Kaepernicks protest, causing the league to lose ratings and endorsements until they address the issue of Colin K. Celebrities such as Jayz, Cardi B, P.Diddy and others Also used their platforms to assist the QB.

What a year for the Afro-Latina hip-hop artist. Reppin the Bronx Cardi B showed the world if you put your mind to something anything is possible. The Love And HipHop star smash single Bodak Yellow went crazy on the charts. Not only did she become the first female hip-hop artist to have a number 1 hit without a feature since Lauren Hill, she shocked the world when her boyfriend Offset from the Migos proposed. It’s like God gave her all the cheat codes in 2017.

This topic, I must admit is a very sensitive subject. Seeing that it deals with sexual misconduct. In cases like this, it’s a hard providing an objective opinion because you will never know a complete truth. It’s 3 sides to a story, yours, theirs and the truth. I feel deeply sorry for those in Hollywood or anywhere who were sexually abused. You shouldn’t have to please people to get to achieve your goals that’s a complete abuse of power. On the flip side things get tricky like in the Bill Cosby case, why wait 30 years to confront a person? Are these allegations about money?  No one really knows, but for those big shots like Harvey Weinstein, justice needs to be served.

Some background on the #MeToo via Wikipedia:

“Me Too” (or “#MeToo“, with local alternatives in other languages) spread virally as a two-word hashtag used on social media in October 2017 to denounce sexual assault and harassment, in the wake of sexual misconduct allegations against film producer and executive Harvey Weinstein. The phrase, long used in this sense by social activist Tarana Burke, was popularized by actress Alyssa Milano, who encouraged women to tweet it to publicize experiences to demonstrate the widespread nature of the misogynistic behavior. Since then, the hashtag has been used by over 500,000, including many celebrities.

Chance The Rapper impacted the Culture in a major way. He was the first artist to win a Grammy off a mixtape. Chance was able to take advantage of the streaming system to be considered for the highest award for American musicians. His 3 mixtape the Color Book which featured the hit single “No Problems” won 3 Grammys in 2017.  It seemed if the music came second to his real work, philanthropy. He gave Millions to his hometown of Chicago public school system in hopes of reformatting a flawed educational system. He actions helped him become the youngest winner of the BET’s humanitarian award, a guest host of SNL, and a personal relationship with President Barack Obama.

2017 was the year for entrepreneurship, a lot of people stepping out on a leap of faith starting their own brands within the Culture. So it’s hard not to recognize the Brand that stole the Media this year; The Big Baller Brand. Lead by their very confident father Lavar Ball, 3 hoop stars from Chino Hills, California to the Basketball world by storm.

Lonzo Ball was the best guard in the nation at UCLA and drafted 2 by the Los Angeles Lakers. Younger brother  Li’angelo and Lamelo were high school standouts. The father Lavar was a media favorite, he went on rants on how his sons were better than NBA superstars, and how he could beat Micheal Jordan in his prime in a 1 on 1.  The family built a million dollar athletic wear line which included signature gym shoes that sold for $495. It wasn’t all good with the family this year Lonzo was criticized for not having a great rookie start, Li’angelo was arrested for stealing while in China, Melo was removed from high school because of coaching issues. The family had an Up and down year, but can’t mention 2017 without saying their name.

Beyoncè’s lemonade album shocked the world, as gave us insight on the issues that she and Jay-z were facing. The album addresses HOVs infidelity with “Becky with the Good hair”. The album was a complete success. Fans waited for Jay-Z respond, and he the Hip Hop icon blessed us with the amazing body of art; 4:44. The album didn’t only address the situation with Beyoncé but the lingering conflict with Kanye West. He song “Kill Jayz” and an interview Hov did with Rap Radar provided more information on the beef. This album was great for the culture because it showed men that you can too be openly vulnerable and still be Masculine. It also addresses economic depression and being true to self.

Hurricane Irma and Harvey really did some damage, especially to those in Houston and Puerto Rico. Hurricane Irma: Damage mapped. The most powerful Atlantic storm in a decade has left a trail of destruction in the Caribbean, affecting an estimated 1.2 million people. Irma, now downgraded to a tropical storm, reached the highest, category five status, and packed sustained winds of up to 295km/h

Hurricane Harvey, which dumped an estimated 27 trillion gallons of water on Texas and Louisiana, looks to be one of the most damaging natural disasters in U.S. history. Flooding continues toaffect large areas of Houston, Beaumont and other areas of Texas

9. GET OUT THE MOVIE

(Via wikipedia) Get Out is a 2017 American horror–thriller film written and directed by Jordan Peele. It stars Daniel Kaluuyaas Chris, a black man who visits the family of his white girlfriend (Allison Williams); at their home, the servants are black and act strangely. Bradley Whitford, Caleb Landry Jones, Stephen Root, Lakeith Stanfield, and Catherine Keener costar.

The film was well-received by critics, with particular praise for Peele’s screenplay and direction and Kaluuya’s performance, and was chosen by the National Board of Review, the American Film Institute, and Time magazine as one of the top 10 films of the year, and it grossed $254 million worldwide on a $4.5 million budget. At the 75th Golden Globe Awards, Get Out received two nominations: Best Motion Picture – Musical or Comedy and Best Actor – Comedy or Musical for Kaluuya.

(Via Wikipedia) The Unite the Right rally (also known as the Charlottesville rally) was a far-right rally in Charlottesville, Virginia, United States, from August 11–12, 2017. Its stated goal was to oppose the removal of a statue of Robert E. Lee from Emancipation Park.Protesters included white supremacists, white nationalists, neo-Confederates, Klansmen, neo-Nazis, and various militias. Some of the marchers chanted racist and antisemitic slogans, carried semi-automatic rifles, swastikas, Confederate battle flags, anti-Muslim and antisemitic banners, and “Trump/Pence” signs.

The rally occurred amidst the backdrop of controversy generated by the removal of Confederate monumentsthroughout the country in response to the Charleston church shooting in 2015. The event turned violent after protesters clashed with counter-protesters, which combined with the subsequent vehicle-ramming attack left over 30 injured.