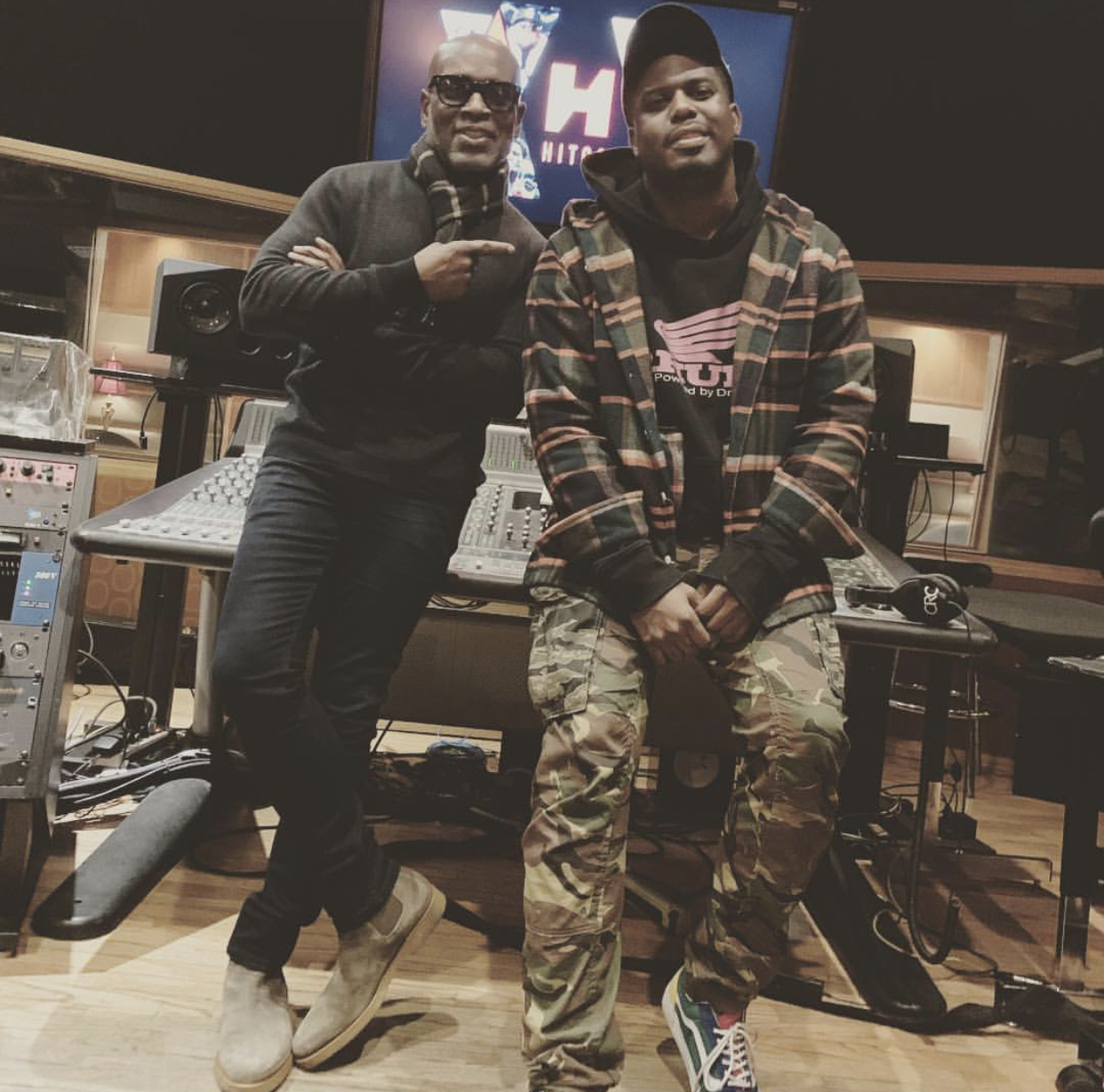 This week in Chicago a major announcement was made. An announcement that might change the dynamics of the Chicago music industry. Tuesday music legend LA REID came into town to meet with the key music influencers (Radio, DJs & Blogs), he played them music from artists signed to his new label. The Hitco roster includes artists such as Yella Beezy, Big Boi, Saint Jhn, Light skinned Keisha, etc. The real attention was on his announcement  that he has a joint venture with a Chicago Record Label by the name of At The Studio Records (ATS).

ATS is a well known exclusive recording studio, that artists such as Gherbo, Chance The Rapper, Gunna, Zmoney, and many others record here. ATS is ran by Chicago native LPeezy. LPEEZY A producer who’s been on the scene for a while. He is the former producer to MMG Artist Rockie Fresh. I had the pleasure of sitting down with LPeezy to get the scoop on this new joint venture with LA REID.

CM: How did you and L.A. Reid come together?

LPEEZY: I was in LA for meetings. I met with a few other labels and I don’t think they were quite grasping the vision for At The Studio.

A friend, John Monopoly, set up a meeting with Hitco. It was my last meeting of the day, and we first met with Jaha Johnson (Senior VP, AR at Hitco). We played him music from our artists – starting with Bjrnck, and then Logan and Happy Birthday Calvin.

LA was in his office and popped in after over hearing some of the music in Jaha’s office. He was excited! Then sat down listened to more music and right away, he gravitated to it. He asked about what I was looking for and it was clear he understood the vision. He told me not to leave the room and that he wanted to get the deal done right then and there.

He ultimately flew our entire team out – all 14 of us – from Chicago. I could tell everyone from their team didn’t know what to expect but we went to the studio, the energy we had was amazing as we played them the music and we got to know each other. LA was excited! Everyone vibed right away, we all went out to dinner, and our lawyers were in touch from there.

LPEEZY: I want ATS  brand to be synonymous with great business, quality music, relevance and consistency.

We want to be home to a diverse roster of influential artists – taking them from emerging up-and-comers to multi-platinum, award-winning superstars.

What does this mean for Chicago?

LPEEZY: For Chicago this is big ATS is an independent creative label. i plan on helping to create better chicago music,business,culture so that artist will want to stay in chicago. we’ve never had it like that. Im excited to be in position.