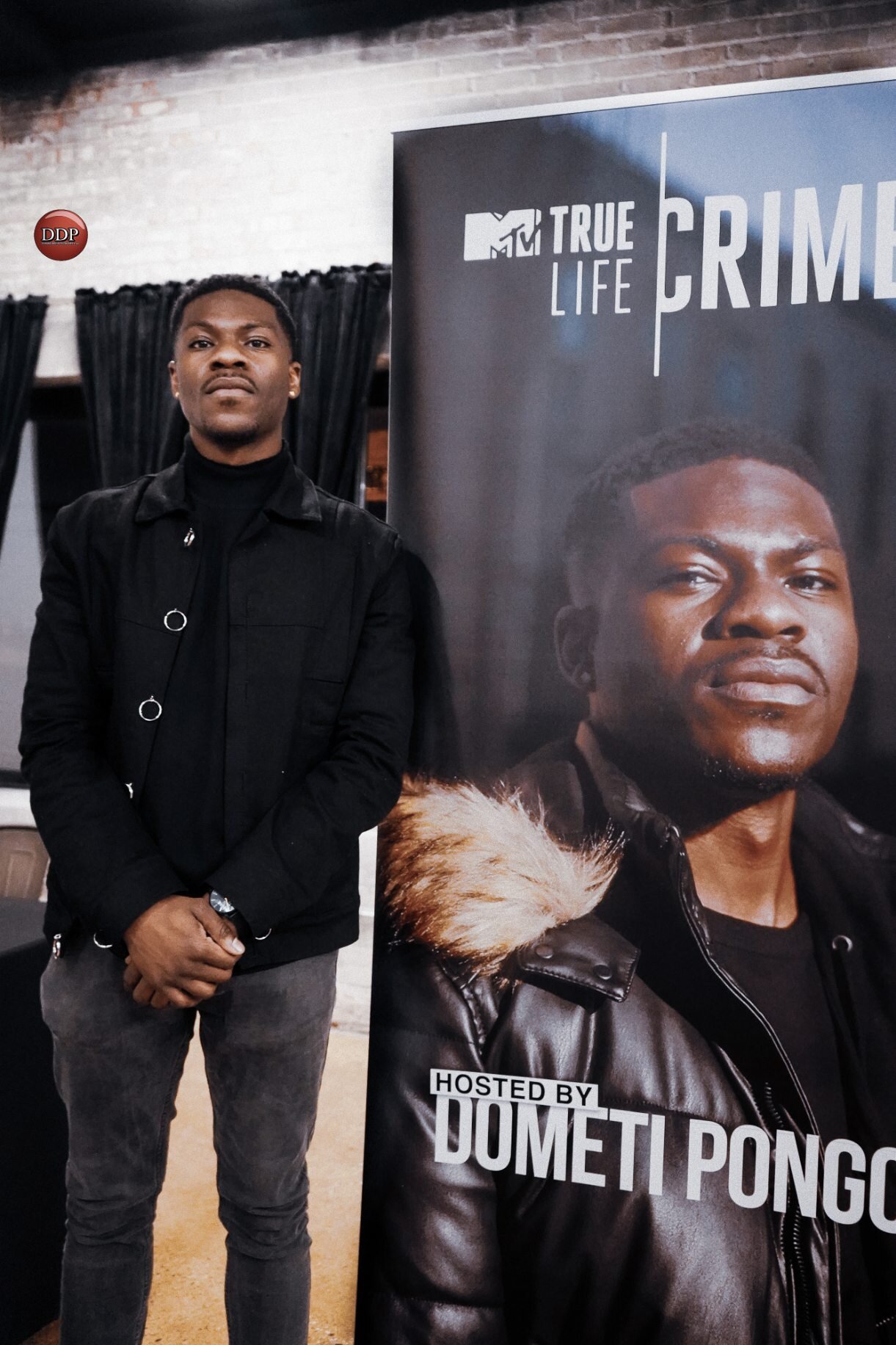 MTV’s new investigation series, “True Life Crime” premiered on the network for all to see on January 8th, 2019. The show is an eight-episode docu-series that is hosted by Chicago’s very own, Dometi Pongo.

Chicago gathered for the premiere of the show on Monday, January 6th. The Specially invited guests were able to get a first look at the show as it investigates the death of Kenneka Jenkins.

Jenkins was found dead in a freezer in a Rosemont hotel in October of 2017. The 19-year old’s death created waves on the internet, causing many to believe the death was a calculated murder, although the case has been ruled as an accident. After the screening of the show, WGCI’s Kyle Santilian did a Q&A with Dometi. The audience got to learn the process behind producing the series and that episode in particular.

The first episode was a real tear-jerker, as it included the late ZackTV. In the episode we see Zack conducting interviews with the friends of Kenneka Jenkins. Zack was also the only one to get an interview with Irene, the friend of Jenkins whose Facebook live video was the source for many conspiracy theorists.

Dometi broke down the importance of having Zack in the first episode, stating that their work in journalism may have been different, but the awareness they created was more alike than anything.

@zacktv1 and I had long conversations about finding ways to fuse our unique brands of journalism. We had a mut
ual friend in @mzsassydon and had both done community work with the youth of Fernwood Elementary where she works. Me, Tony and the rest of his team clicked on the second day of shooting after getting to know each other’s backgrounds….I was excited to get some content going….Spent the whole day in the 100’s talking about the case, life in Chicago and what neighborhoods he avoided because his block was at war. He gave the world a rare look into Chicago’s drill scene and street culture. A modern day griot that we lost too soon. #RIPZACKTV

Chicagoans Ja’mal Green and Englewood Barbie also gave their thoughts on the case in the episode.

Dometi received much respect from his peers and the city as a whole with the release of his new series. He has given the city something more to stand on other than our music scene. Dometi has worked with WGN and WVON, he has received many accolades for his work as a journalist.

Make sure you catch “True Life Crime” on Wednesdays at 8 pm Central time on MTV.

What word means PROUD x’s 1,000?? Whatever the word is..would still be an understatement!! I am so proud to call this guy @dometi_ friend and watch his career continue to accelerate into greatness!! Popped out on a Monday night for his @truelifemtv premiere about the story of #KennekaJenkins it was so dope to see u in action! Keep puttin’ on for Chicago!! 💪🏾💯

A post shared by ShaneikaSpeaks|MediaCreative (@shaneikaspeaks) on Jan 6, 2020 at 9:57pm PST

Tonight I had the pleasure of hosting the post-screening chat with @Dometi_ about his new show on MTV, True Life Crime! This is going to be a can’t miss show that airs THIS WEDNESDAY! First episode covers the unfortunate death & investigation surrounding Chicago’s own Kenneka Jenkins. It was handled with care and respect and digs deep into the circumstances of the case. Great job. I was honored to get the call from this young Brotha to host tonight! Keep shining fam! – @TreyWhite is that you on the photo bomb? 🤦🏽‍♂️ Photo Cred: @JuanAnthonyPhotography. – – – #TrueLife

Men of Kappa Alpha Psi that you should follow on social media in 2020
Chicago Artist Watchlist 2020: The Decade of Chicago Music