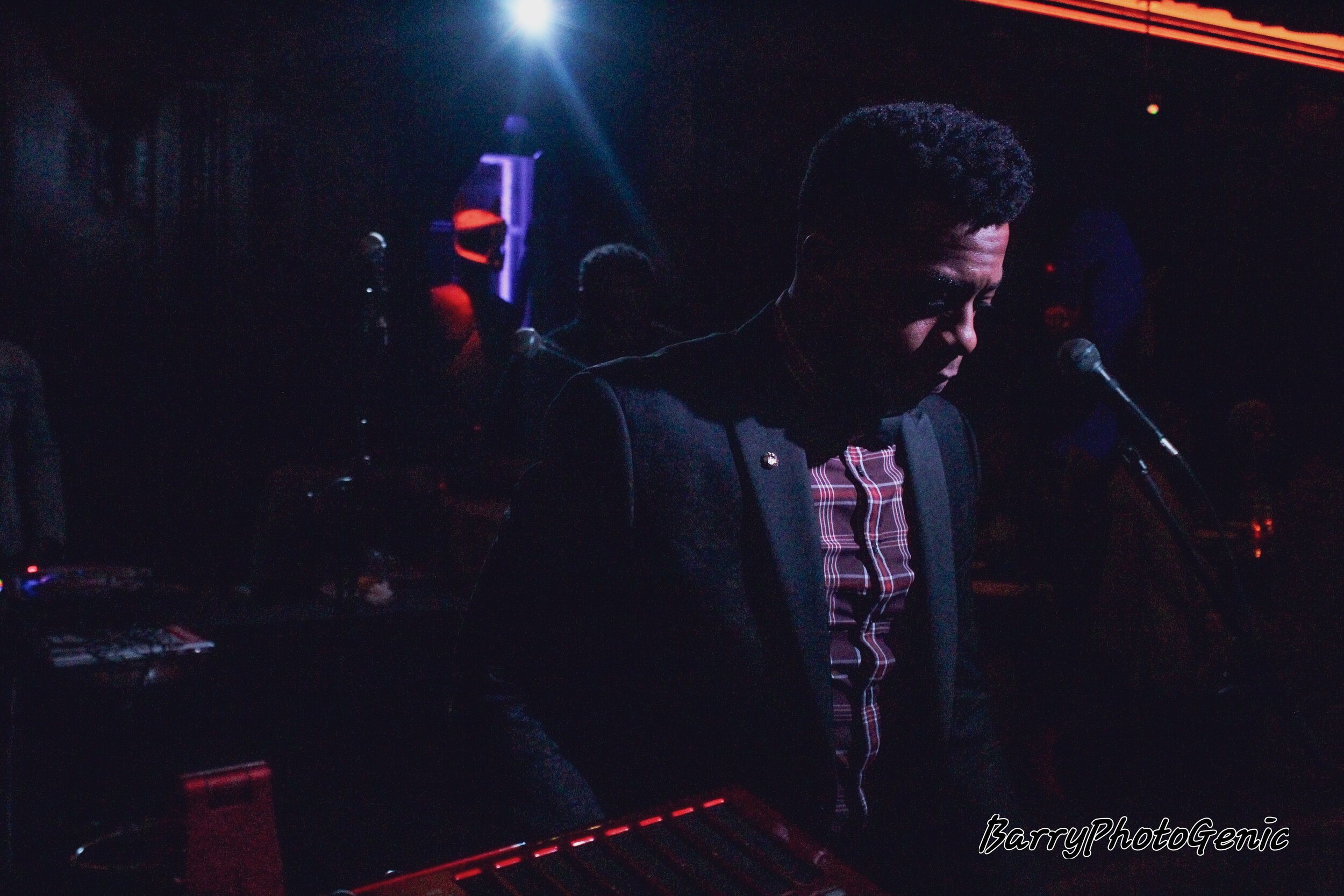 Next Showcase held it down at the Foundation Room at the House of Blues last Wednesday night. The night included talent from previous showcases, as well as interns of Next Showcase.

The night was full of live music and just pure talent. There were also opportunities to sign up for the open mic to display your skills, if you felt up to it. This was my first time going to the House of Blues (don’t judge me) and I felt completely welcomed and glad that this was my first experience.

Taking the elevator up and the flight of stairs down to the Foundation Room, I was delighted to see a more intimate space. The instruments were set up, the room was dim, and the mood was set for what was about to be an epic night.

The show opened up with Mara Love, who gave us simply beautiful renditions of songs such as Chris Brown’s “Yo” and Kehlani’s “Honey” she also hit us with a few of her originals. Her performance was a great opener, as she was accompanied by the talented Lovely Rose, who was amazing on the acoustic-electric and not a bad vocalist, if I do say so myself. Follow them @maralove2X and @true_lovely_rose.

Wednesday night was a blast at (House of Blues) @foundationroomchicago ! ♥️ Here's a mashup cover @true_lovely_rose and I love to do together. @chrisbrownofficial @kehlani Follow us for more and updates on future shows! #Chrisbrown & #Kehlani *WE DO NOT OWN THE RIGHTS TO THE SONGS IN THIS VIDEO* #like #love #share #acoustic #houseofblues #foundationroom #chicago #livemusic #maralove #lovelyrose #cover

Ryan Alexander was the next artist to bless the stage. Alexander is a vocalist and an amazing pianist as well. He had fun with the crowd with some call and response, as he covered D’Angelo’s “Lady.” One thing that captured me about Alexander’s performance is the passion that he has behind the keys. You can really tell he loves his craft and gives his all during every performance. Follow him @ryan.alexander222.

One of my favorites of the night was Marvin Wilson. Marvin’s voice demands your attention. His star shined bright on the dimly lit stage of the Foundation Room. He had the room shaking with every song. His cover of Curtis Mayfield’s “Diamond in the Back” was absolutely breathtaking. Follow him @imjust_marvin.

The final performance came from B. Lilly. One thing I can say about B. Lilly is that his voice is truly an instrument. I love his calm and cool demeanor on the stage. He made me feel like he was born to do this. His cover of Stevie Wonder’s “Master Jammin” was an event in itself. Follow him @b_lillyjr.

I would like to thank Next Showcase and The Foundation Room for having us. Be sure to follow @nextshowcase for more information on upcoming shows. You won’t be disappointed.

THE WORD| Should Spike Lee be Mad for Being Denied Entry?
THE WORD | Oprah Announced Long Time Boyfriend, Stedman, Sleeps in Guest House Because Of Covid 19