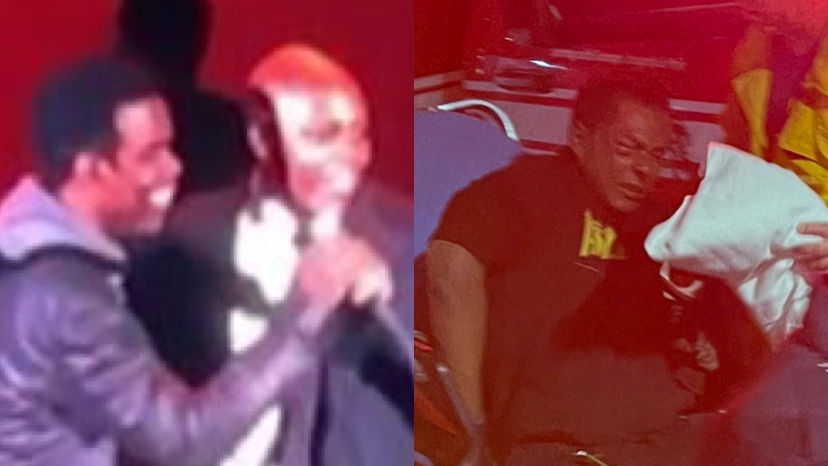 Dave Chappelle was attacked tonight on stage by a man who tackled him while performing at the Hollywood Bowl.

Isaiah Lee, 23, was taken into custody Tuesday night after tackling Chappelle during his performance. Police say a man who was reportedly armed with a gun and a knife

Lee is now facing an assault with a deadly weapon charge and is being held on $30,000 bail, according to LAPD booking records.

Footage below captured the attacker on a gurney as he was being loaded into an ambulance to be taken to a hospital.