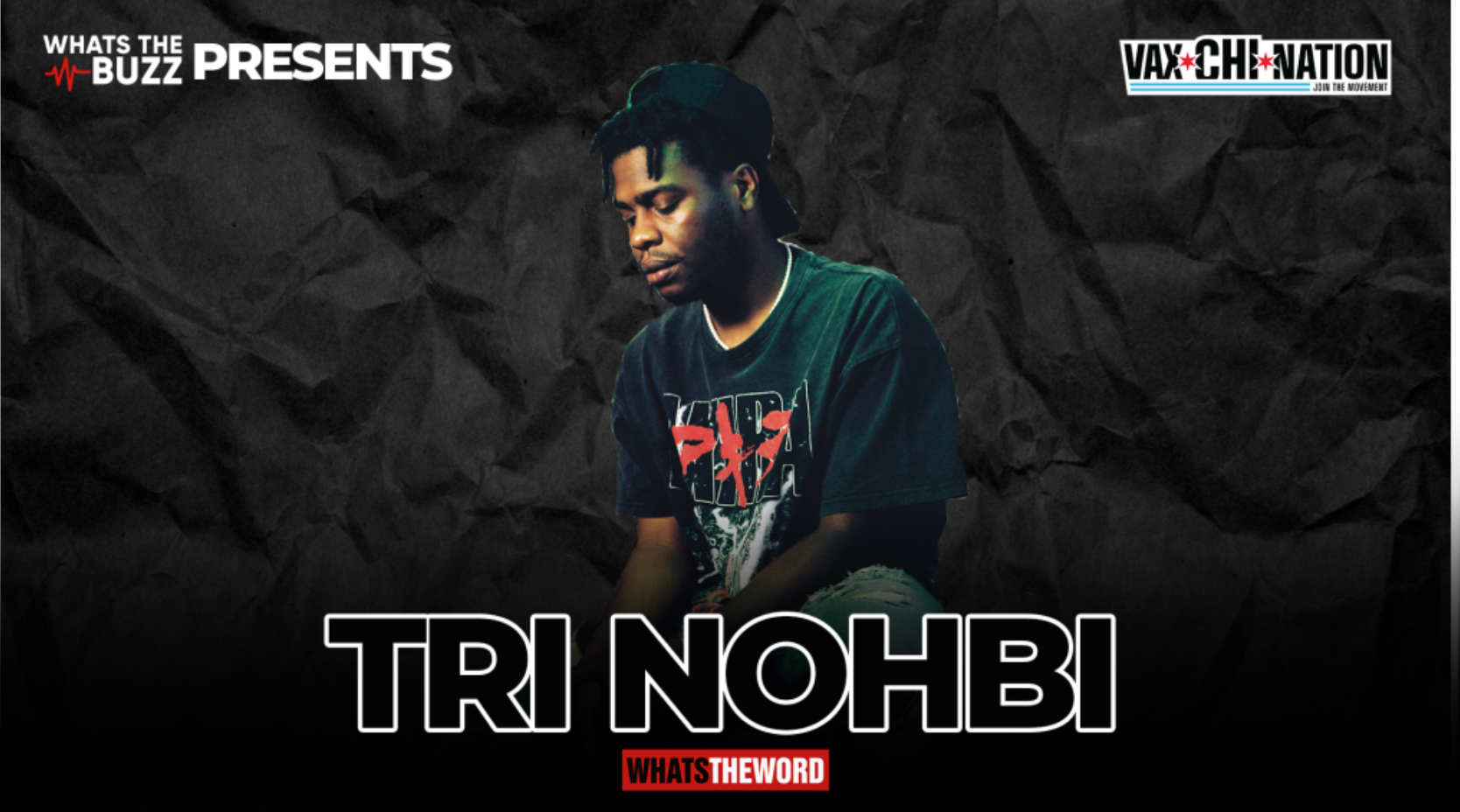 Some may know him as Ova East Meech, but to more recent music lovers, Tri Nohbi is definitely the homie you don’t want to overlook. After dropping a debut EP, the over east artist has gained mentions from NoID and more.

Tri Nohbi aims to focus on timeless music, the kind you can play years from now on Saturday mornings while you’re cleaning the crib. His recent release TALK definitely caught our attention. Hopefully he can catch yours after learning more about him.

AGE: 29
Hometown (neighborhood): Ova East, Chicago, IL. South Shore if we’re being specific lol
I grew up listening to: A whole lotta duties and house music. Prince, MJ, The Temptation, The O’Jays, Tina
Marie, Roy Ayers, Chosen Few, Silk Hurley, you name it. When I got older (13) and
started to find music for myself I obviously leaned Hip-Hop/RnB with some Electronic
and Indie Pop. So, Kanye, Jay-Z, Drake, J.Cole, James Blake, Frank Ocean, Little
Dragon. Just to name a few.
How Did You Get Your BUZZ?: I would say it was back in 2016-17. I was fka OvaEast Meech and I released my Saints EP with a follow up record called HBH. It gained some traction and then NoID reached out. It’s been history ever since!
My style’s been compared to: Honestly, people tend to say I have a unique sound and that I don’t sound like anybody, which I take as a huge compliment, but I know my style is influenced by the
likes of Kanye, Jay-Z, Andre 3000, Drake, etc. I’ve always admired how they chose to
tell their stories/how they direct their audio films. I hope I’m somewhere in that
ballpark lol
I’m going to blow up because: I dare to be different. I dare to dream. I dare to care about my people and my
listeners. I dare to empower my people. I’m determined to add a sound to the
landscape of hip-hop and I don’t care how long it takes. Also, I make some pretty fire
music, not just for right now, but for tomorrow. The next year, the next 10 years.
These joint gone slap. I promise.

What’s your most slept-on song, and why?: JACK YA BODY. I think we as Western Culture are just starting to explore more rhythmic music like house, afrobeat, dance, etc. So maybe people don’t get the
references in JACK YA BODY but I used a lot of House phrases and one-liners and its just so damn good, but I get why it might not be for everybody.
My standout records to date have been: I think the most obvious by play count is HBH. But I’d say TALK. When it’s all said and done. It’s a turning point in my sound, and it’s the beginning of the Tri Nohbi era.
Also, when people hear that song, and you come from where I come from (or
something similar) you feel that song in your core. You understand the motivations,
and I’m on there talking like it’s just you and me.
Most people don’t know: I’m a gamer. Any game, give me time to learn it and I can dominate at a high level. It could be monopoly, spade, 2k, idc lol
I’m going to be the next: AUGUSTA’S ATELIER will be the next Roc-A-Fella Records, so I guess that makes me the next Hov? Scratch that lol I’m gonna be the next Tri Nohbi. I can’t be the next
anything else. If I’m not trying to be the best me, and crave my own lane. Then I
already lost.
Favorite Track: Of all-time? Sheesh. Probably 93 til Infinity by Souls of Mischief or Diamonds and
Pearls by Prince. Of mines? I’m making new ones everyday, I can’t keep up lol

A Fresh Face Kwofi Brings The Heat
“I LIGHT WEIGHT DON’T EVEN WANT TO BLOW UP.”