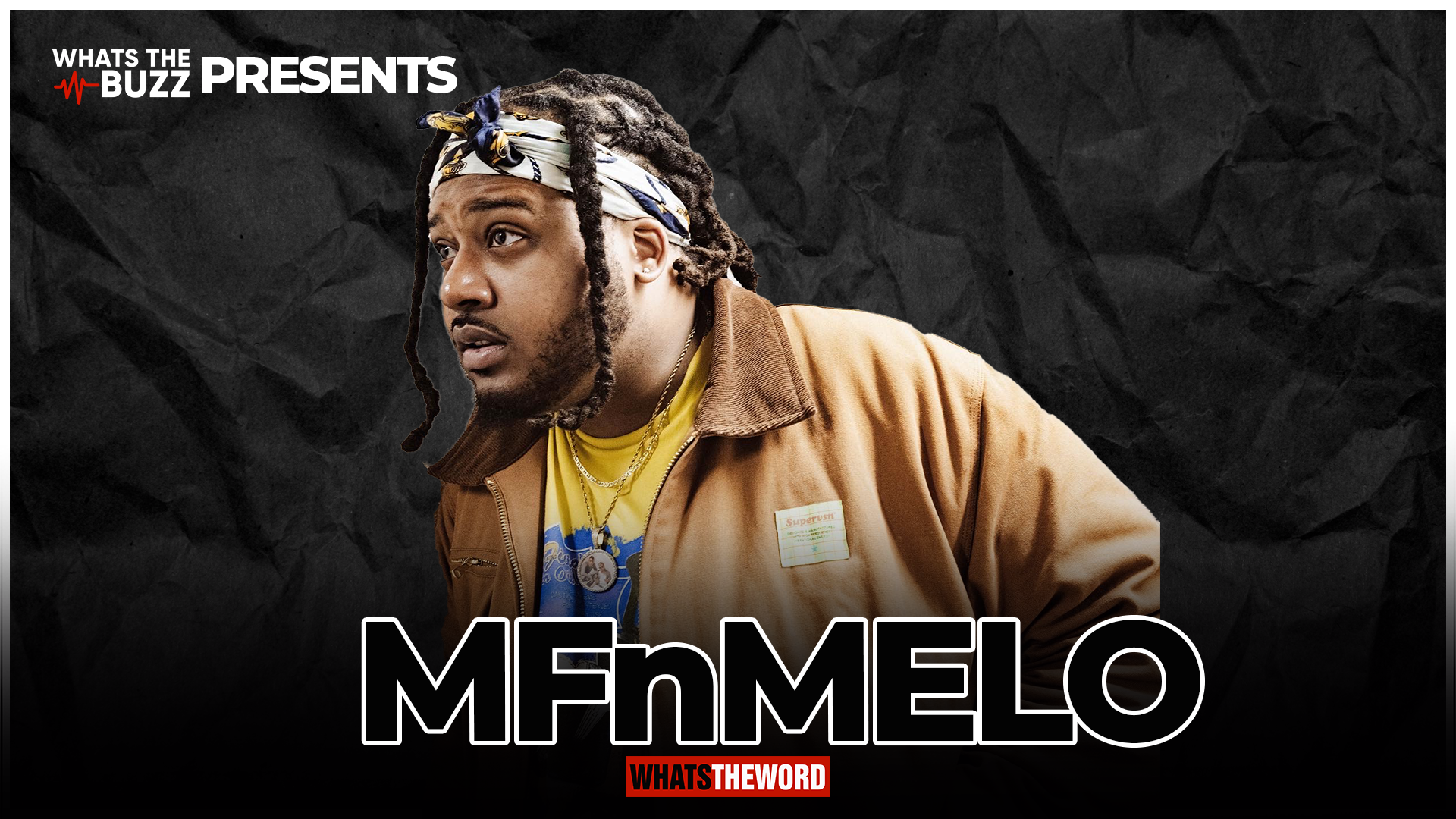 290 King, MfnMelo is no stranger to Chicago music. As a member of one of hip-hop’s coldest millennial groups PIVOT Gang, Melo has not only gained loyal traction from PIVOT lovers but also being the magnetic lyricist he’s grown to be.
For a first timer, let’s direct you back to Melodramatics, one of the earlier projects which holds mesmeric joints like “Gettin’ It Done.” If you haven’t been in tune in a while, Melo’s latest, EN ROUTE, a collab with the late young legend Squeak PIVOT delivers everything you need for a smooth ride from out west to the end of Lake Shore Drive.
MFnMelo dropped a few facts about his journey below.

I grew up listening to: I grew up listening to some of everything. My parents were older so it was a lot of jazz, neo soul and dusties playing.  I was also the youngest of 3 so as I got older I caught a lot of hand me down albums from my brother and sister. Usher was one of the first ones I got from my sister along with Dru Hill. My brother gave me a lot of Jay Z and DMX. When i started to get music on my own Juvenile and Nelly were my favorite artists Until i Got “Young Money The mixtape vol. 1” from my cousin and I became a Lil Wayne stan and the rest is history.

How Did You Get Your BUZZ?:  I don’t even think i truly had my buzz yet as crazy as that sounds from a 32 year old that’s been in this for a minute now. I mean people are aware and tapped in, to a degree. But I don’t think they really know what THIS is yet. They are aware of the Pivot and my place within it but I’m not sure many are really familiar with MFnMelo individually. I’m excited to showcase that more soon though. I think I garnered the respect and admiration in certain circles by just being authentic rather it be in the grind, the art or just interactions throughout my time here.

My style’s been compared to: I actually haven’t had anybody compare me to anyone in a while. I’d be curious to see what a lot of people thought to be honest. I remember earlier in my career I used to get a lot of Schoolboy Q comparisons. I understood it but i can’t say I agree outside we both liked bucket hats for a minute.

I’m going to blow up because:  I lightweight don’t even want to “blow up” if that includes being famous. I think that’s also why i dont think ive had a buzz. I just look at things differently I guess. I’m just looking to be able to create some generational changes for me, my family and community via the arts. I want the bag and resources more than the attention. But I will do that because this music is truly timeless and eventually it’ll find its flock. Way too persistent. Way too pivotal!

What’s your most slept-on song, and why?: Man all this shit slept on. Even the ones with millions of streams. Like i say this music has yet to truly find its flock regardless the notoriety i gained so far. But if i had to be specific, I’d say Paid Dues off my portions EP or anything off that honestly.

My standout records to date have been: My stand out records today would prolly have to be “Yallwhaddinthere” and “What a life” from my last album “Everybody Eats” Based off the streams, the request and response to them live. “Flow Seats” from that same project is close too!

I’m going to be the next: Ice Cube! After a couple more albums I’m coming for Hollywood fasho! I always saw music not only as a passion but a stepping stone to do more things within the entertainment realm.
Favorite Track: Daddy’s Birthday by Young Thug or anything Solange made. I love her!