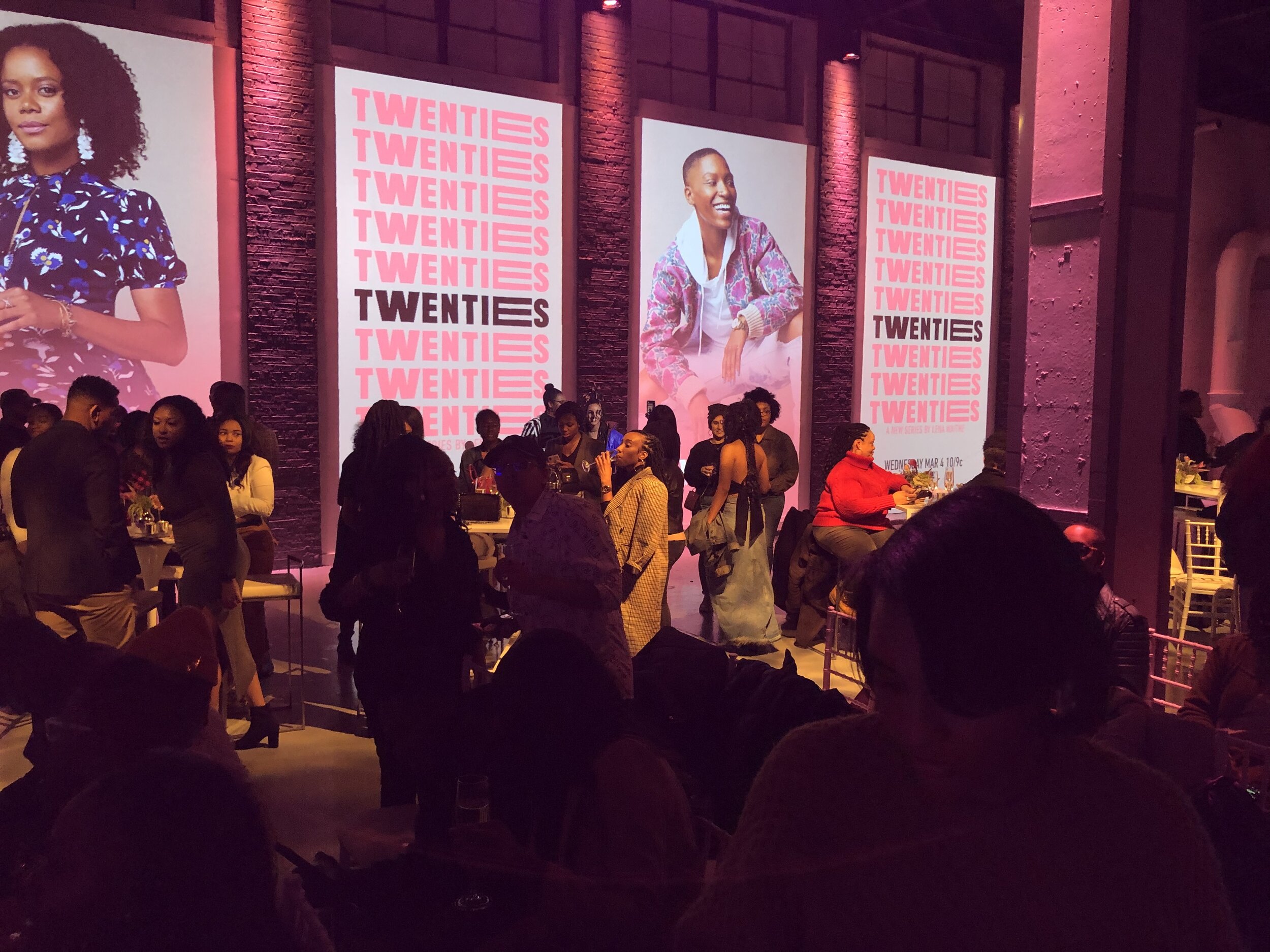 We have entered Women’s History Month! Women are always to be celebrated, but this month we want to specially highlight the great work that women are doing to bring light into our lives.

Chicago’s very own Lena Waithe has been holding it down for a while now. Her show “The Chi” on SHOWTIME is watched in the homes of millions. Her recent film, Queen and Slim gave us a love story and a tragedy that garnered much conversation around the time of its release. Now she is back with a show loosely based on her life entitled “Twenties.”

Chicago gathered for the premiere of “Twenties” on Thursday, February 27th. The premiere took place at Moonlight Studios in the West Loop. Entering the space, you were met with servers who handed out champagne in honor of the celebration. The loft theme accompanied by the low lights proved to be a great asset and did much for the night’s vibe.

Guests were encouraged to take pictures in front of huge projections of the show’s cast. #TwentiesonBET was the hashtag for the night and you better believe that social media was going crazy with all of the snaps/posts from the event.

The crowd’s reaction to the show was apparent the entire night. People laughed, shouted, and discussed the show as the screening went on. The pilot puts us dead in the middle of the life of a 24 year old named Hattie, who seems to be going through a lot. She has just been evicted from her home, and refuses to get a job because she doesn’t want to work a pointless 9-5. Through it all Hattie retains so much charisma and hope that is infectious to the show’s audience.

The cast of “Twenties” was in the building to speak a little bit about the show. When asked about any advice that she could give to anyone in their twenties trying to excel in their career, Jonica T. Gibbs who plays the show’s lead said that people need to celebrate the little wins you do get. We so often get caught up in not feeling like we’re not doing enough, we need to not take the small wins for granted, as they will lead to the bigger accomplishments.

After the show’s screening, the venue went into party mode. WGCI’s DJ Sean Mac held it down on the 1 and 2s and Chicago had the club going up on a Thursday.

Make sure you watch Twenties on BET March 4th at 9pm Central.

Yesterday Djing the @BET premiere party for #Twenties was SO dope. Had the whole leading cast members dancing the night away… they deserve it. Congrats to my sis @lenawaithe on this. Chicago stay winning when it comes to doing it for the CULTURE. Cheers! 🎧✌🏾🎞 pic.twitter.com/dM3C1Hjkci

So about last night…….

I think @bet got it right with this one. Salute to @lenawaithe for the new show twentiesonbet .

When I'm not posing like a super hero 🦸🏽‍♀️, I'm tuning into #TwentiesonBET, the new series by @lenawaithe that premieres tonight at 10/9pm CST. If you're a fan of #Insecure, you'll definitely love @twentiesbet ! Just sayin'.