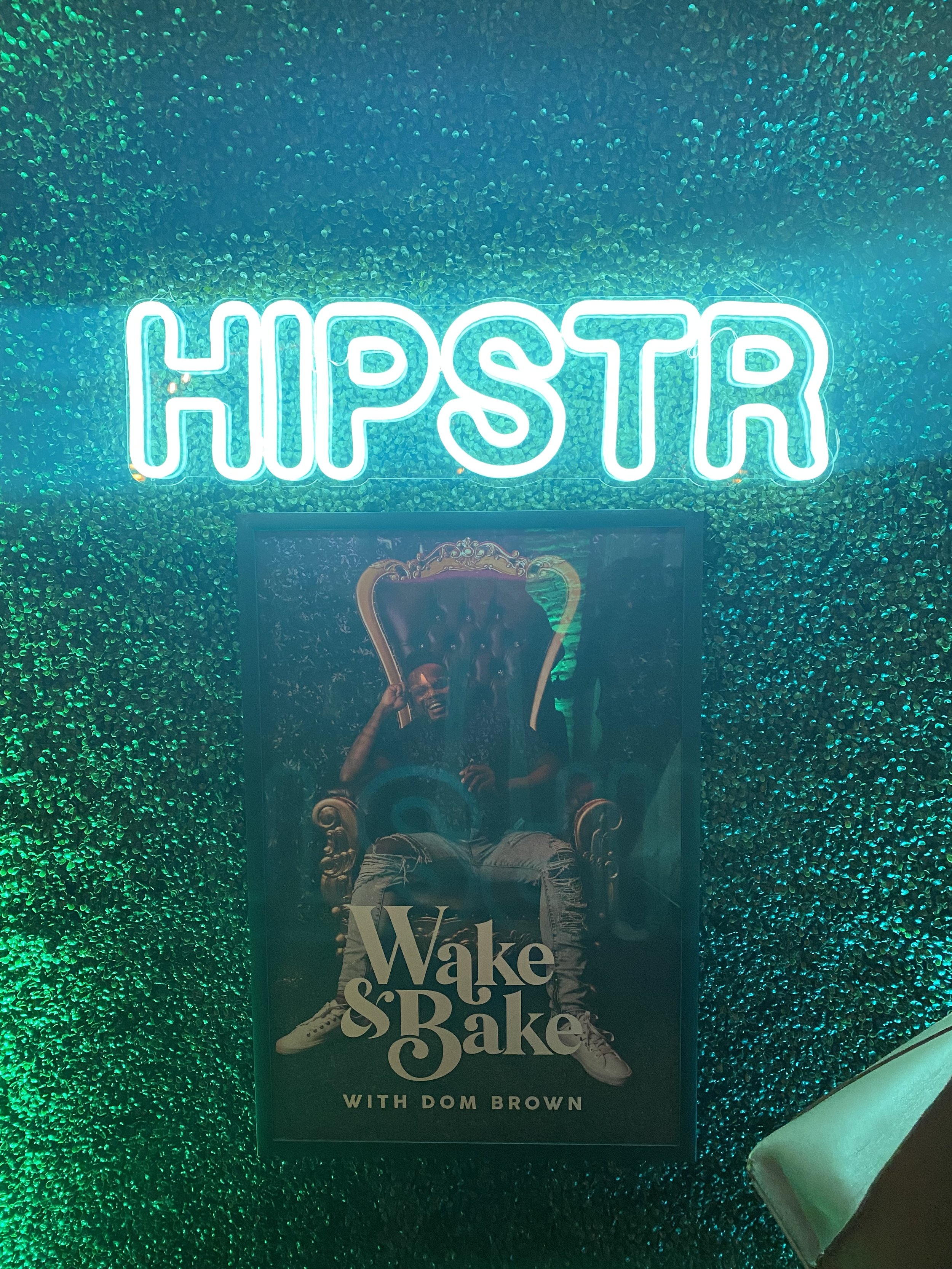 A new streaming app called “Hipstr” hosted its launch party at Loft on Lake this past Thursday, November 11. Hipstr is a free, Chicago-based streaming app that features programming from Chicago natives.

The event followed COVID-safety protocols with attendees having to show either a vaccination card or negative COVID test to enter. The West Loop was the perfect place to capture the ambience of the night, which was relaxing with a touch of elegance.

The launch party featured the show Wake and Bake with Dom Brown, a series that follows host and weed connoisseur, Dom Brown as he explores the world of cannabis. The pilot episode features rapper and activist Vic Mensa who joins Brown and other two other Chicago activists/politicians who partake in a conversation about the disparities in the cannabis industry.

The show offered laughs as well as information about all sides of the cannabis industry, something that Brown says he was happy to be able to do with the series.

“[Domenic Del Carmine] and I scoured the internet and watched all of the [weed] content that was out there. A lot of it was so mindless, a lot of the representation for people of color, it was them like smoking weed through their nose through bonds and things like that. It was all foolishness,” said Brown.

Brown continued by saying that shows that have an educational component are usually dull, and he wanted to be sure to have that informational aspect while making it entertaining.

“We said that there were certain things that needed to be touched on, I would be damned if I’m going to be Black and air on a national platform without talking about social equity. And how people of color have been affected by the war on drugs,” continued Brown

The Hipstr app will feature a variety of shows that include the narratives of Chicagoans from multiple viewpoints. Jonathan Plowman, CEO and President of Questar and Cow Lamp Films, says the app features lots of content that won’t normally be found on TV.

“It features a curated selection of very gritty, edgy content, a lot of content that you wouldn’t find on ordinary TV stations or streaming platforms that just kind of shy away from stuff,” said Plowman.

Plowman says that they are working to highlight the film scene in Chicago and help to elevate it.

The Hipstr app will be available for download this this month.