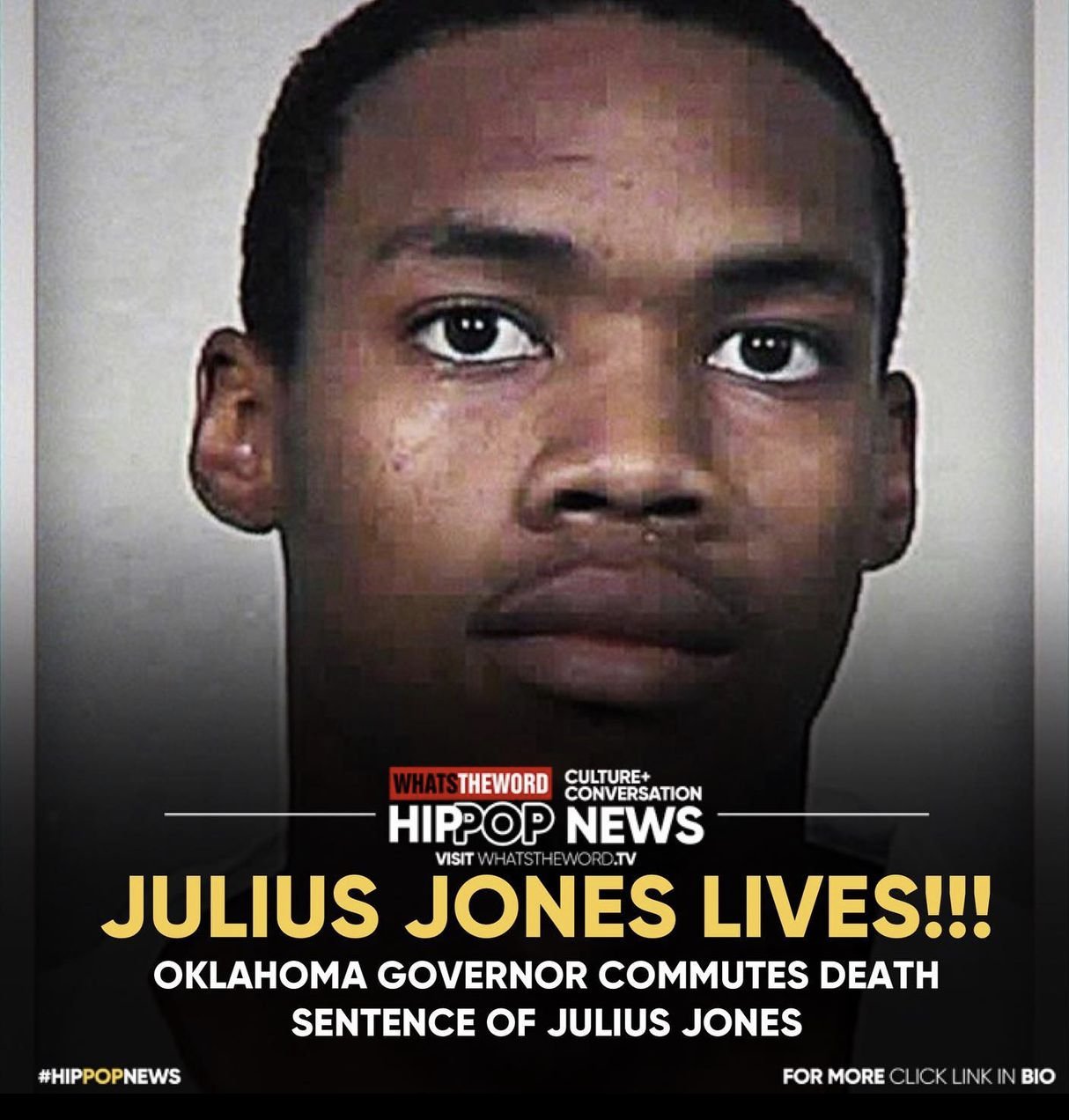 As the chants of “WE GON BE ALRIGHT” filled the air outside of the Oklahoma State Penitentiary where Julius Jones was set for execution, many who fought for him were overjoyed when Governor Kevin Stitt announced he would grant Julius clemency and commute his sentence to life in prison without the possibility of parole.

For the last two weeks leading up to his execution date, it was all hands on deck to fight for Julius’ life. Everyone from celebrities to the millions of people who made phone calls and sent letters was awaiting a decision. A decision that took two weeks too long, as many continued to pray, it came down to the last four hours of his scheduled execution. Still believing in a miracle, crowds from around the world began to form, and our voices were finally heard! While there is a celebration taking place worldwide, there is still so much work to be done.

The fight to free Julius has only begun. Contrary to the Governor’s statements, Julius indeed still has a chance at freedom. Our next steps are to fight for his exoneration. According to activist Shaun King, “Our fight for Julius has to be for him to be granted parole or for him to be exonerated, and that’s not up to this current Governor. A local district attorney could grant him exoneration.”

As we continue to fight for justice, we are reminded that the justice system has a long way to go. How many more Julius’ will it take for the death penalty to be abolished? How many Julius’ will it take for the law to acknowledge the systemic racism within the judicial system? How many more innocent black and brown people will we incarcerate? As we fight, remember the faith we had today as it gives us strength for our next uphill battle. Julius is alive but he isn’t free.