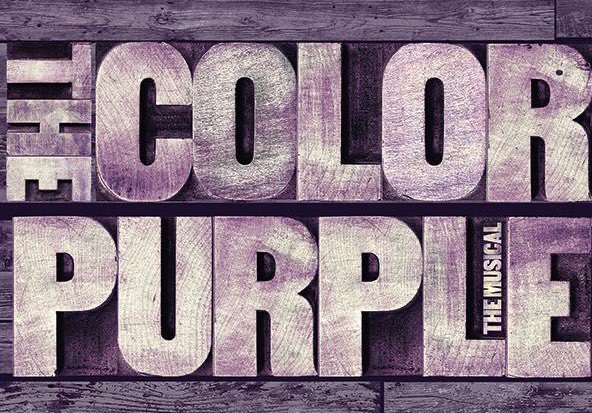 During ABC‘s Soul of a Nation Special, Oprah Winfrey revealed the glorious cast of the forthcoming ‘The Color Purple‘ musical film. Vanity Fair spoke with producers Oprah, and Scott Sanders (who produced the original Broadway musical in 2005) and got their perspectives on how the cast was put together, to bring magic to the big screen.

Fantasia Taylor/Celie: American Idol winner Fantasia played the role of Celie on Broadway in 2007, she also recorded one of the musical’s most beloved songs “I Am Here” on her 2010 album. Oprah said “There is a rawness and a vulnerability to Fantasia. we all know she can sing. I think we’re gonna see a side of Fantasia that no one ever imagined.This role will be one of the great challenges of her life, but also one of the the great triumphs of her life.”

Colman Domingo/Mister: Oprah said: “Colman Domingo (Fear the Walking Dead, Ma Rainey Blues, Euphoria) has the prolific ability to embody any character. There’s a presence that he carries that reminds me of Danny Glover.”

Taraji P. Henson/Shug Avery: Oprah: “The character of Shug Avery the blues singer has a voice and beauty that makes everyone swoon. Taraji has that power and sexual wisdom. This is the person who becomes Celie’s teacher, the role model for what a woman can be and what a woman’s presence in the world can mean. And I think we found that in Taraji.”

Corey Hawkins/Harpo: Scott Sanders: “Corey has such great range and such a great energy. While producing the musical ‘In the Heights‘, Corey proved that he was a triple threat and I recruited him straight from that experience. He’s incredible.”

H.E.R/Squeak: Oprah: “My God, when I heard H.E.R. had agreed to do Squeak, that was thrilling day.”

Danielle Brooks/Sofia: Oprah: “This role has a lot of personal meaning to me. Danielle played Sofia on Broadway. The director’s assistant actually called Danielle and told her that she had to do another audition because the tape was messed up. She thought she was going to do her final audition. Instead I popped up on the screen and said “Sofia, it’s your day. Danielle was in tears. So was I.”

Halle Bailey/Nettie: Oprah: “It was obvious that Halle has a special presence. She is about to star as Ariel in Disney’s live action version of The Little Mermaid. She’s a critical character because you need somebody in that role who can be felt even when she’s not onscreen, even when you’re only hearing her voice from her letters.”

The new film has been brewing for years and Steven Spielberg (who directed the 1985 take), and Quincy Jones are also onboard as producers.

The Chi‘s Marcus Gardley has written the screenplay adaptation. The production will be directed by Blitz Bazawule, best known for his work on Beyoncé’s “Black is King,” “The Burial of Kojo” and “Cherish the Day.”