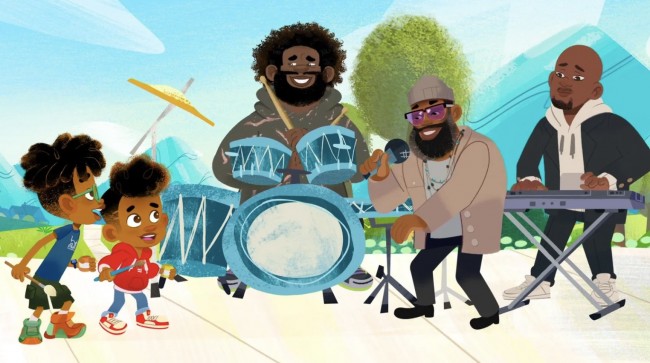 The Roots’ Black Thought and Questlove Debut New Series on Disney, “Rise Up, Sing Out”

Black Thought and Questlove of the legendary band, The Roots are the executive producers of the Disney animated series, “Rise Up, Sing Out.”

Questlove and Black Thought are two of the faces behind the animated shorts that are now streaming on Disney Plus with the first episode also airing on Disney Channel and Disney Junior according to Uproxx.

Just in time for Black History Month, the series touches on real-world issues for young Black kids – giving tools to help not only kids but adults to aid with difficult conversations.

Walt Disney Records will release the soundtrack of the series onto streaming platforms on February 4.