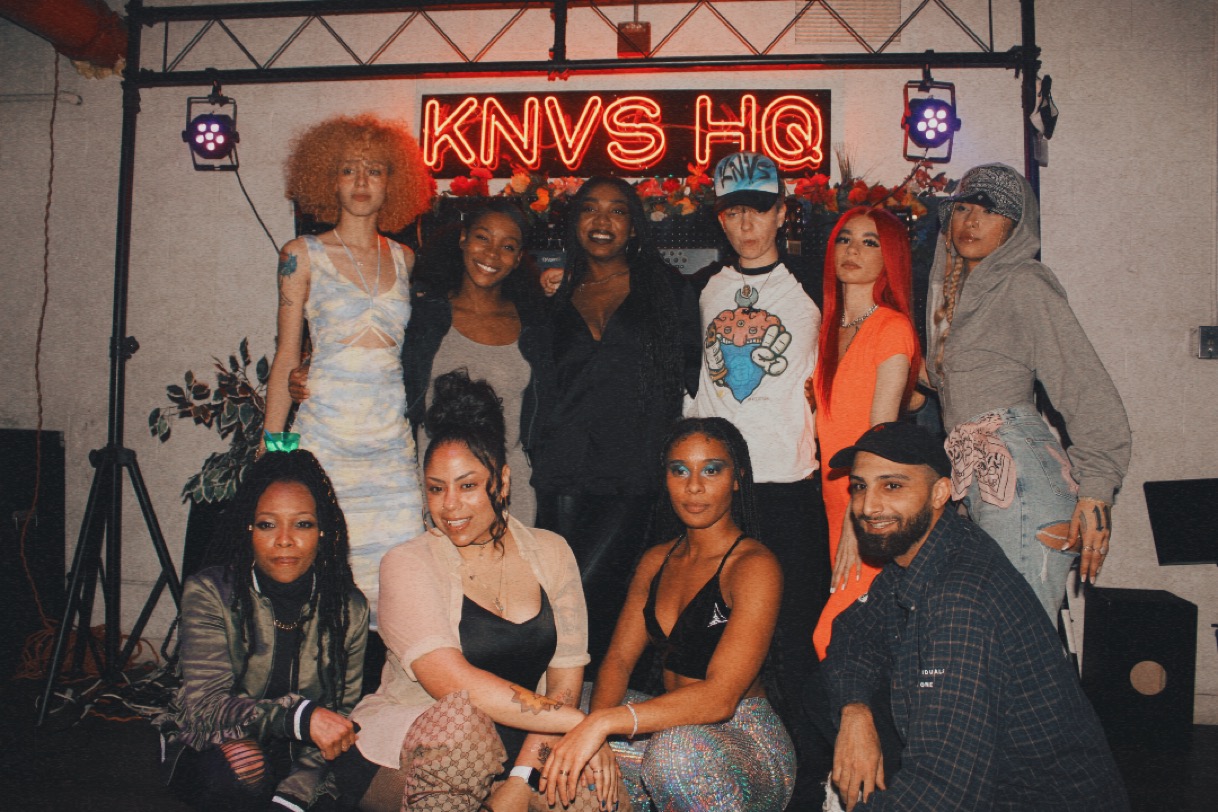 Sir Trevor James is one of the hottest suburban producer/audio engineer. He began his music career at the age of 15 which lead him to small gigs around the Chicago land area. In 2021 he Brought together a group of a talented women artists and engineers to create an amazing project titled S.H.E

The project “SHE” stands for “Sophisticated, Harmonized, Expression”. No three other words can better define the women involved in this project. The music industry today is flooded with male figures, which leaves little recognition for the women in the industry. Women face a much more difficult time getting established in the industry regardless of whether they’re an artist, an engineer, etc. SHE was cultivated to shine a light on the injustice that such talented women endure. Up and coming influential women of Chicago, and a few other locations were recruited and asked to share their voices.

SHE is not to shame others of the opposite gender, rather it’s a promotion of equality. SHE is an example of the beauty that can be created through the dual nature of femininity and masculinity. In fact, the project was given life by a maleproducer/engineer who not only noticed the inequality but sought out to do something about it. Beautiful things can come to fruition when we see each other as equals.

Typically when an artists drops a new project, majority of the songs are from that one artist & possibly a couple features. But not in this case, SHE is a combination of 10 ladies with 10 different styles all on one project. They give us hip hop, r&b, EDM , soul & more.

Get to the know more about the ladies and Trevor below!

Aach is a Chicago native R&B/Pop/ EDM vocalist/songwriter. Her purpose of creating is to spread self-love and encouragement, and collaborating on the project “S. H. E.” with Sir Trevor James, as well as all the other female artists, was the perfect opportunity to apply that.

Ranika is a Chicago-born singer-songwriter, producer, and audio engineer rooted in R&B. Originally a songwriter, Ranika infuses each of her songs with the personal touch of her pen. She gained radio traction with her first single “When We Fight” and went on to release a 2 part EP “Scorpio”, with themes of love, lust, heartbreak, and jealousy.

Kira Janel is an R&B, Soulful, and Hip-hop vocalist/songwriter native to Chicago. She writes and sings and models in an effort to encourage

self-empowerment, which beautifully compliments the purpose of “S.H.E.”. Bringing out the 90’s and personal life experiences in her work, working closely with Sir Trevor James, as well as the other female artists totransform and bring the project to life.

Brash Callous is such a complex artist. She embodies versatility with her eccentric look and sound. She might not seem aggressive but her lyrics are so cutthroat. She’s on the scene moving fast with no plans ofslowing down.

The artist known as M.E.L. (Mind Evolving Lyricist) is a singer/songwriter/model born and raised in Chicago. She is a fierce MC with a commanding tone and a dexterous flow that was honed early on in her life, as she sang in choirs throughout her childhood. She discovered Hip-Hop later in her life due to her natural curiosity and an affinity for the unseen and the supernatural, which she alludes to not only in her music but in her aesthetic as well. She creates heartfelt music combining rap and soul seamlessly with a sultry tone, tackling issues of spirituality and womanhood. Her current release “MELEMENT” and Singles “FOR NO ONE” & “SIGNS”, out now.

New to the industry, singer Mkay has taken the most of her opportunities in the music industry. Mkay hasbeen very passionate about singing since she was a little girl but began to take it seriously for about a year.The

upcoming artist is primarily an R&B singer. She’s stated that she decided to pursue a career in the music industry because of her passion for music. She describes it as being her primary way of expressing herself in a passionate way. Being new to the industry, she has just released her first song, “Temptations” and featureson “Made Reality”, which can be listened to on Sir Trevor James “S.H.E.” album. Some artists that influence Mkay’s music style would be Summer Walker, Queen Naija, and Mariah the Scientist.

Hannah ‘No Montana’ Gough (24) uprooted her small town life from Champaign, IL and moved to Chicago in late 2018 to further her passion in music creation. Coming into 2022, the artist has acquired a compilation of sonically and visually stunning pieces of work ranging from music videos to hit singles & joint mixtapes. Listening to her writing sound out in songs, she takes you on the journey to abundance and self discoverythrough beautiful chaos. Find ‘No Montana’ on streaming platforms and follow her social @nomontanahannah to see where she might take you next.

Bianca Shaw is an Emcee, Singer, Drummer, and Songwriter from The west side of Chicago. She has a dynamic style and explores an impressive range of sound. Bianca believes that as an artist “I should not limit my creativity to outdated societal standards of staying in one genre.”Shawcy aims to tell a story so vividly that listeners not only hear her words but feel her emotion as if they were their own. She boasts a catalog of visuals, singles, and albums and has collaborated with the likes of Twista, Chance The Rapper, and Taylor Bennet. She is currently working on the GARJ follow-up project and is on target to have a break-out year in 2022.

Between blazing her own path as a Chicago-based DJ, actor, and comedian; raising two beautiful young boys; and founding an organization, Cliche (Collectiv), to encourage collaboration among creative women, you could say being busy is her specialty. With a background in film and improv, her witty and self-deprecating humor is not surprising but reflective of the humility she possesses and encourages in others.But don’t let her humility fool you. She is the first to stand behind the causes she has spent so manyyears fighting for, both in her personal and professional life. Being a woman in an industry that is largely male-dominated and only comfortable with women when used as props, Chanté is accustomed to creatingher own reality.

Delilah Bon (aka Lauren Tate) began her venture into Punk-fuelled Hip Hop in the summer of 2020. Taking to her home studio to write and self-produce her music, Delilah began writing about social issues, in particular how women are treated within today’s society. Coming from a Punk Rock background Delilah fuses Nu-Metal guitar riffs and screaming vocals with Melodic Rap and trashy Hip Hop beats, creating a sound that’s hard to categorize.

Ksenia “KSound” Plastinina. Was born and raised in Russia, Siberia. At the age of 20 moved to the United States. Have been engineering for 7 years now. In 2018 opened The Major Studio, now the home studio of alot of amazing talented Chicago artists. At the beginning of 2020, she took second place in the Mix Madnesscompetition held by Ali and Young Guru. Currently working on the Genres project that displays talented Chicago musicians who record at The Major studio.

Trevor “Sir Trevor James” is a Chicago BURBS-based producer/audio engineer. Starting to DJ at the age of15 he fell for a passion for music and started performing at a few clubs like Medusa, Virgin Hotels, and smallparties, high school & colleges. It was when he went to Columbia College and transferred to SAE Institute was when he fell in love with rap production and movie production. This led him to start making sounds forsmall short indie films as well as freelancing at different studios all over Chicago. Moving forward Trevorexpanded into making music for programs like FOX, ESPN & more. Wanting more, he started to throw andsell-out shows that he personally coordinated alongside the start-up company Collected (CLLCTD.). While also having a degree in audio engineering, he currently does live sound & music production for cooperates like Black Oak Production, Kehoe, Maggie Speaks, David Michael Productions, Rax Trax records & more. SirTrevor James’s current focus is to help underground artists and independent artists reach their potentials while collaborating with them not by himself but with a team.