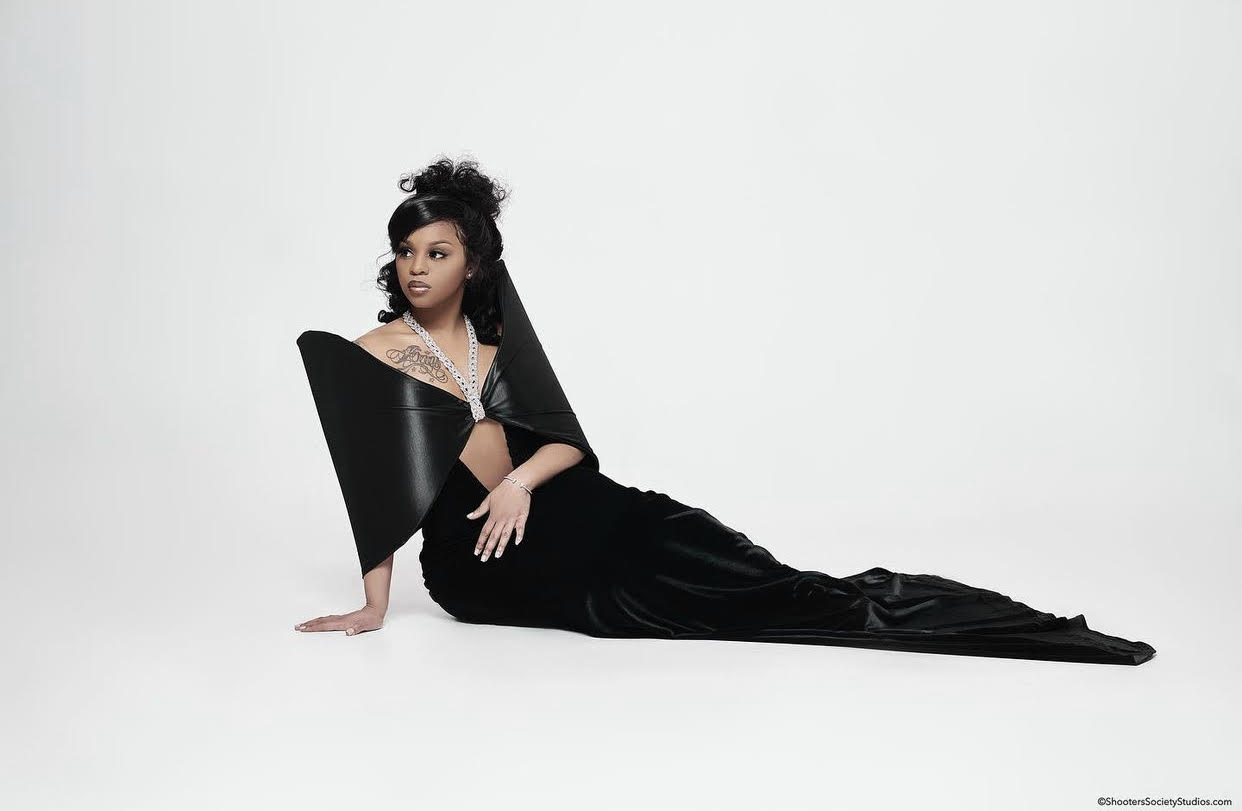 Chicago is known for everything under the sun. From our food to our music, we are the staple in pop culture. One of the most iconic people known for music and fashion (Kanye West) is from here. Though we start the trends, Chicago is seldom known for its fashion movement. From fashion shows to fashion districts, Chicago isn’t a thought. New York holds the title. But what if Chicago changes that? What if we take the crown?

Breana Greenlee, AKA King B, is coming for that crown. The 25-year-old designer from Chicago has been working to make her mark in fashion. And what started as a tutu business in her grandmother’s basement has turned into something bigger than she could’ve ever imagined.

So how do you find your purpose in a city filled with trials and triumph? For most, with bright futures, they’re chosen. The purpose chooses you, and when the purpose chooses you, you have no choice but to accept the call. After going to school, dropping out, relocating to a new city, and then moving back. She would soon learn the true meaning of the saying, ” You wanna make God laugh, tell him your plans.” Shortly after moving back to Chicago, Greenlee’s calling was birthed on none other than her birthday.

“For my birthday in 2018, I wanted to get a custom dress made, but I couldn’t afford one. So after looking at social media for inspiration, I decided to make my own.”

Greenlee had no formal training in sewing but decided to bet on herself. Putting her talents and ideas to work, she made her dress.

“I made my dress, and it looked good on the outside, but no one knew the dress was falling apart, she laughed.”

Soon after posting her dress to social media, Greenlee’s business went from inquiries about TUTUs to full-on custom-made dresses. But, knowing what she needed to improve on, she declined to make the dresses. Shortly after, Greenlee set up shop in her grandmother’s basement, continued to practice sewing, and ultimately took her friend as her first client. Being able to pull off not just her friend’s dress but the outfits her friend’s group wore, she decided to start taking clients.

Jumping into prom season, she would soon learn the importance of pacing herself and the sacrifices it would take for her business to reach new heights.

“I jumped into prom season and started taking clients, not paying attention to how many I was taking. Then, one day, I was at work, and I was like, I need to sit down and find out how many dresses I need to make. At the time, I was also working a regular job, Which was overworking and underpaying me. I wanted a raise. Knowing they wouldn’t give me the raise I wanted, I told myself it was either the job or the dresses. So that same week, I quit.”

Focusing all her energy on her business, King B was created. The birth of King B would be a testament to many on the importance of betting on yourself and the heights your calling can take you if you trust the process. King B has taken Greenlee to levels she never could’ve imagined. In 2021 she opened her first store. While most designers dream of the day they can purchase a property, owning a store wasn’t on Greenlee’s bucket list, at least not at first.

“I never had a dream of owning a store. I grew up in an area that prevented me from wanting people to know my whereabouts. My nephew was killed, and I felt like if they could kill a child they would have no problem doing something to me. It took me a while to get out of my shell and also understand that by me having a store this could be helpful to my business.”

She wants entrepreneurs to know the importance of betting on themselves. With every sacrifice and risk she has taken, her advice is simple.

“If you’re not mentally ready to bet on yourself, then maybe entrepreneurship is not for you. I have faith in myself with every decision I make regarding my business. I know what I can offer my brand. I use every talent I have to make sure that I’m learning and taking it with me to the next level, even in my mistakes. I’ve learned that every risk I was scared to take puts me in a better position after I take it.”

With everyone from Dreezy to Yandy from Love and Hip-Hop wearing her clothes, she has become a staple in Chicago Fashion. Although New York is dubbed the Fashion Capital, Greenlee hopes to change Chicago’s High Fashion presentation. The designer will debut new designs in her first-ever fashion show on April 19th. To purchase tickets follow the link https://shopkingb.com/collections/kingb-fashion-show