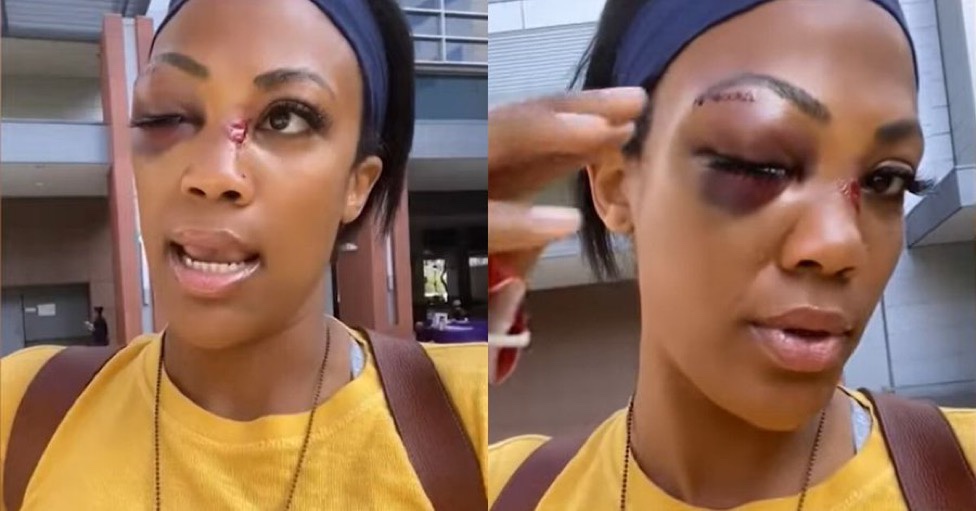 Over the weekend, Kim Glass, an Olympic volleyball silver medalist, was attacked by a homeless man in Los Angeles while she was saying goodbye to a friend…. nearly losing her eye in the incident.

Glass posted several videos showing her bruised face and closed eye also explaining everything that happened from start to finish..

“As I was leaving lunch, I was outside saying goodbye to a friend and this homeless man ran up. He had something in his hand, he was on the side of the car in the street, and he just like looked at me with some pretty hateful eyes and as I go to tell my friend I think something is wrong with him, before I knew it a big metal bolt like pipe hit me. It happened so fast, he literally flung it from the street,” she said.

Glass wrote in an update Sunday she will not need any surgeries and her optometrist said her retina was “solid.”

As for the man who she accused of throwing the object, she said bystanders held him down until police arrived. No word if the man was ultimately arrested.