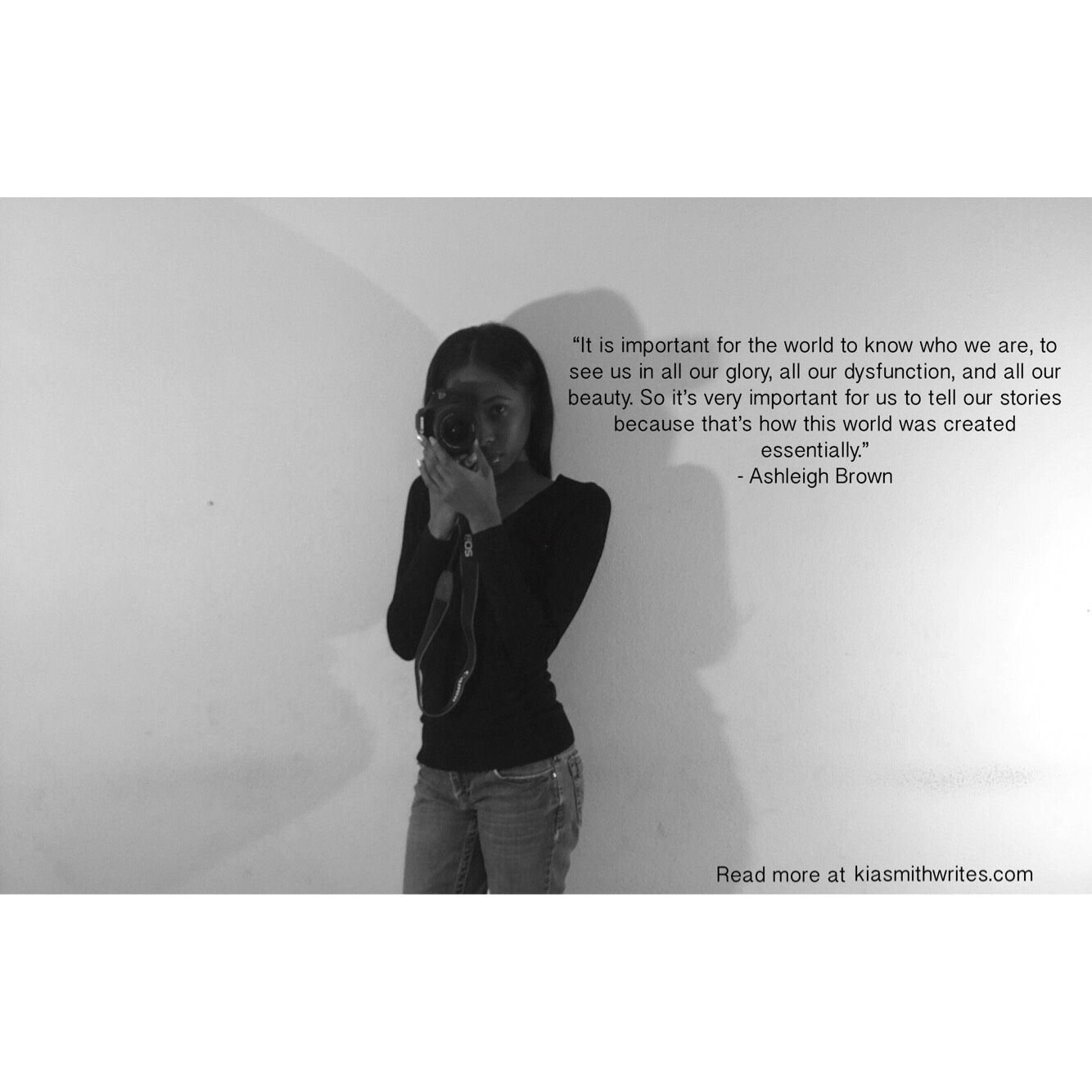 April is known for many things, but most importantly it is known for Sexual Assault Awareness month. In the short film Violated, director Ashleigh Brown explores the topic of childhood sexual abuse and creates a powerful visual that will leave you feeling empowered and has been causing lots of conversation on social media. We got a chance to chop it up with Ashleigh where she discussed her inspiration, future plans in independent filmmaking and finally feeling free.

What inspired you to create this film?

“What inspired me to create this film was being a survivor myself. I think as women we paint ourselves out to be the victim and I made the conscious decision a very long time ago that I was not going to be a victim. I was going to live my life and be happy regardless of what happened to me at a very young age. I wrote the poem maybe a few years ago and then a visual came to mind and it was a combination of what I had gone through in past relationships and what I had seen other women go through in their relationships. Basically, I just wanted to bring that to life.

How are you looking to change the world of independent cinema with this film?

“I really wanna change independent film making by letting people know you don’t have to have a lot of fancy equipment or a big budget to make art. I think it was Ava DuVernay who said on Twitter one day that all you need is a camera– whether it be your iPhone or a raggedy camera you have. As long as you can shoot and have good lighting you can bring your story to life. I was sitting on this project for a while, then one day one of my good friends who is a very skilled videographer/photographer and I were talking about it and I asked her to help me. The actors I used (Pierre and Gabrielle) were phenomenal and did it for free because they believed in the project and we used my friend’s Jeffrey’s house. What I really want to tell people is that you don’t need a budget to shoot anything. All you need is a concept and people who are willing to work with you and a vision.”

How important is it to you for black women to tell their own stories?

“It is extremely important for Black women to tell their stories. I think we’ve been silenced for so many years but we are the type of women that don’t have to be silent. We are so strong and I always tell people that I’m strong because I stand on the backs of the women who come before me. I come from so many women who raised me who just exemplify strength so it’s important for us to tell our stories because otherwise we’re silenced. I don’t think it’s fair because when you look at history, a lot of things would not have happened if it were not for Black women. If you look at every movement that has changed the world, Black women were the center of it. It is important for the world to know who we are, to see us in all our glory, all our dysfunction, and all of our beauty. So it’s very important for us to tell our stories because that’s how this world was created essentially.”

What was the hardest part about making this film?

“The hardest part about making this movie was me getting out of my own way, me not believing in myself. Something in my spirit let me know that this had to be done. I had to tell this story for my own healing and for the healing of other people who had been through a situation where they had been victimized, touched inappropriately, or abused. It was basically just me not believing in myself. But once I got over that, my videographer Briannah was like you just need to do it. I think me getting in my own way was the hardest part about me making the film, but now that I’m getting so much positive feedback from women about how this story has helped them and how the visual brought back so many memories for them and how this film helped with their healing process as well, I think that was the most gratifying part of it all. It let me know that I need to get out of my own way when it comes to anything. I know now that I can do whatever I set out to do.”

What can we expect from you in the future?

“What you can expect from me in the future is that I have a documentary on Black fatherhood that will be out in June. I have all the footage for that I’m just in the process of editing it. I also wrote a comedy script for another short film with one of my good friends named Brittany, and we hope to shoot that in the next couple of weeks. I am also working with a rap artist by the name of Rob Hayes (who is also my cousin) and we are going to do a short film about him and his music career. So in addition to working full time and being a musician, I’m just trying to put out projects for as cheap as possible cuz I ain’t got no money! (laughs). I’m just hoping to make art that people can relate to and inspire other people as well.”

You can watch Violated here and keep up with Ashleigh Brown:

GETTING TO KNOW DANI D
Top Cultural Impacts Of 2017