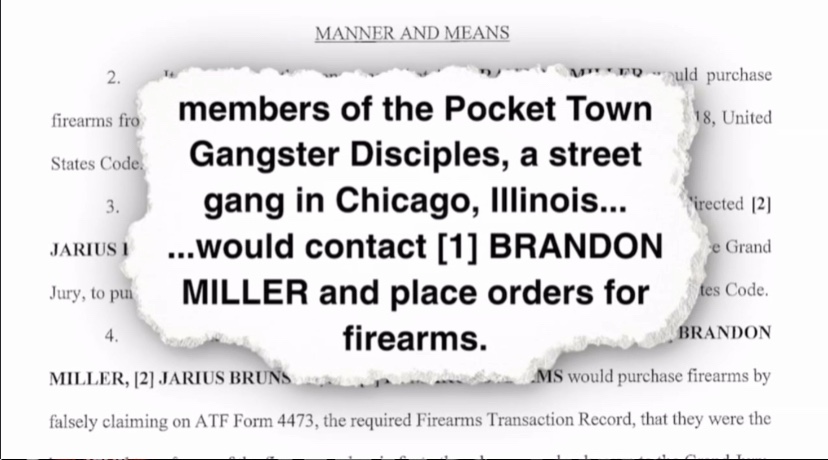 9 members of Gangster Disciples (GDs), 3 US Army soldiers charged with conspiracy in alleged gun-running operation. The “Pocket Town” faction of the GDs, located on the south side of Chicago are involved in the case masterminded by three U.S. Army soldiers, that brought a host of weapons to Chicago in recent years.

WGN reported a 21-count indictment, unsealed Wednesday in federal court in Nashville, charges the soldiers and gang members with conspiracy, money laundering conspiracy and conspiracy to commit firearms offenses in furtherance of a drug trafficking crime.

We recently reported on the three soldiers involved ( Brandon Miller, Jarius Brunson and Demarcus Adams ) who were initially charged in 2021 with supplying weapons to gang members in Chicago.

On Jan. 28, 2021, Gregory Jackson III, a No Limit-affiliated known as “Lil Greg,” was shot and killed. Jackson was a close associate of G Herbo— one of Chicago’s most popular hip-hop artists who has long claimed loyalty to No Limit.

The weapons used in Lil Greg’s are connected to the alleged firearm conspiracy led my the Three soldiers.