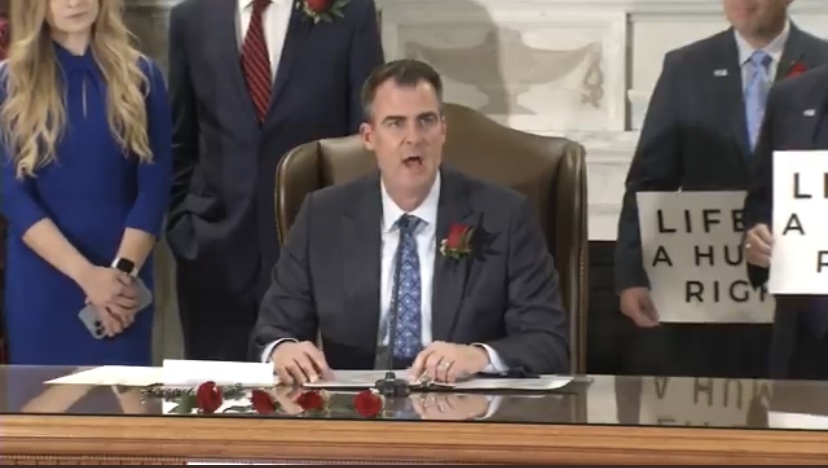 Oklahoma Gov. Kevin Stitt signed a bill into law on Tuesday that makes it a felony to perform an abortion, punishable by up to 10 years in prison.

Under the bill, anyone convicted of performing an abortion would face up to 10 years in prison and a $100,000 fine.

The bill, which takes effect 90 days after the Legislature adjourns next month, makes an exception only for an abortion performed to save the life of the mother. Abortion rights advocates say the bill signed by the GOP governor is likely to face a legal challenge.