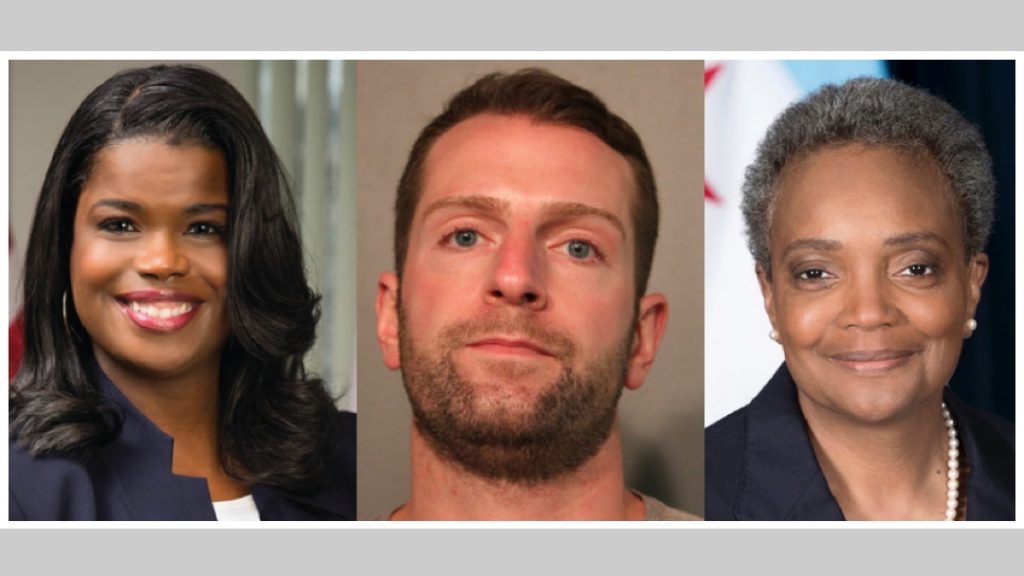 A Chicago man is accused of threatening Mayor Lori Lightfoot and Cook County State’s Attorney Kim Foxx over the ongoing violence in the city.

On May 4, prosecutors say 32-year-old Christopher J. Tatlock sent an email to Foxx threatening to shoot and hang her if she did not prosecute crime in Chicago.

Tatlock allegedly sent Foxx an email on May 4 that said, “You stupid n-gger. Start prosecuting crime or I’ll put a bullet in the back of your head and hang you from a tree.”

Two days later, he allegedly sent a similar email to Lightfoot: “You stupid n-gger. Start getting tough on crime or I’ll put a bullet in the back of your head and hang you from a tree outside my house.”

Tatlock was charged with two counts of threatening a public official and two counts of a hate crime. He faces up to eight years in prison.

“There is no room in our society for hate and violence, and we must condemn such actions in the strongest terms possible,” Illinois Attorney General Kwame Raoul said in a statement.

Tatlock was put on electronic monitoring, and he had to surrender his FOID card and all guns in his possession, officials said. He was also ordered to not have any contact with the victims or their families, and he cannot use email in any circumstances.