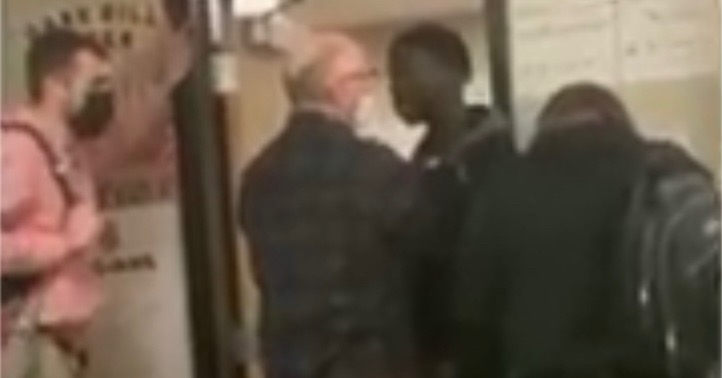 A Black Park Hill student got into a heated confrontation when he confronted a white teacher about spewing “racial slurs” and “inappropriate language.” This isn’t the first time this Kansas City High School faculty showed their racism . Late last year, multiple students were suspended for 100+ days for starting a petition to “bring back slavery.”

In the video below, you can hear the altercation between the two.

“You called me that,” the teacher responds, saying he repeated the word while questioning the student.

Since the video was released, the teacher has been put on leave until further notice.

Although the teacher was reprimanded, dozens of students gathered at Park Hill High to protest the teacher’s alleged actions demanding a permanent removal for 2 days.