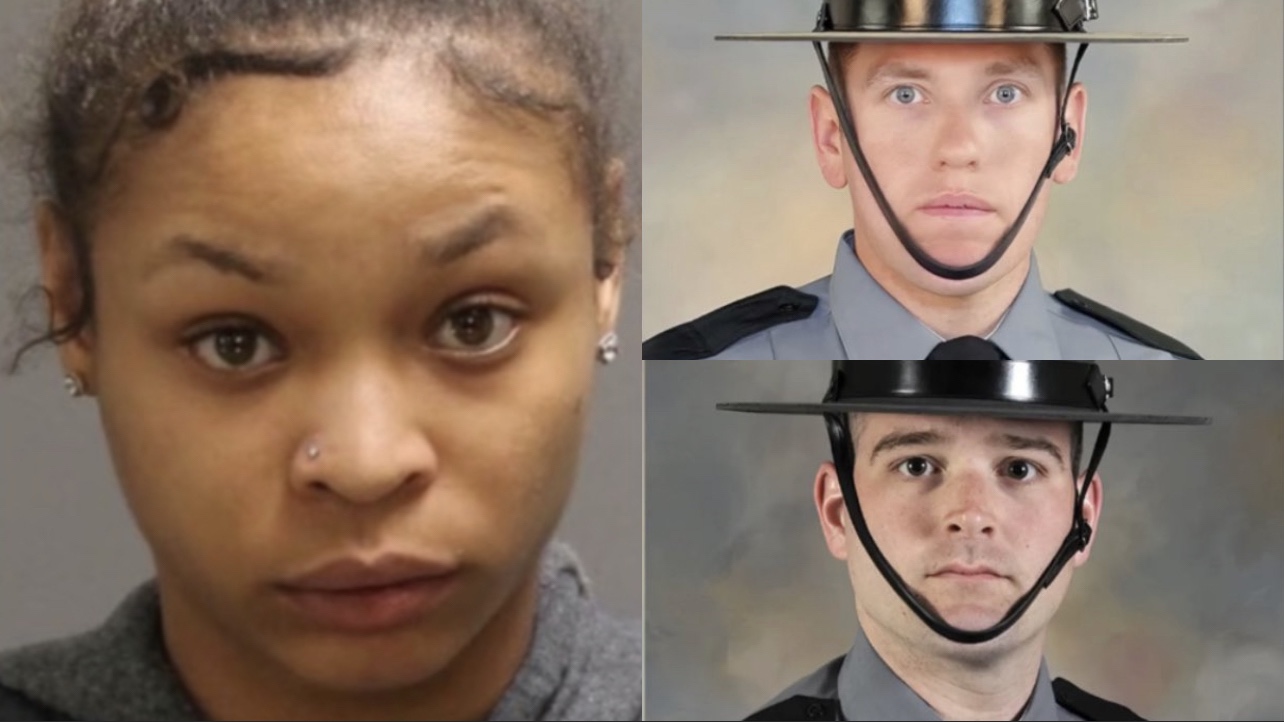 Jayana Tanae Webb, has been arrested and charged with third-degree murder in a crash that killed two Pennsylvania state police troopers and a man who they were trying to help on Interstate 95 in South Philadelphia early Monday morning according to CBS Philly.

Sources close to the investigation say the troopers reportedly pulled Webb over just minutes before the crash but received the distress call about a person on the interstate, leaving to help before approaching Webb’s vehicle. After being let go, Webb made a tweet saying “Why the cop pull me over & he saying I’m doing 110 ina 50,” which was later deleted.

Police say the troopers, 33-year-old Martin Mack and 29-year-old Branden Sisca, were trying to get a pedestrian who was walking on I-95 to safety when Webb’s SUV struck and killed all three of them.

Webb allegedly admitted to driving under the influence and reportedly cried as she was arraigned on 18 felony counts, including two counts of manslaughter of a law enforcement officer.

Webb isn’t no stranger to drunk driving. Before the accident occurred, a couple of months ago she made a tweet classifying herself as the “Best Drunk Driver Ever.”