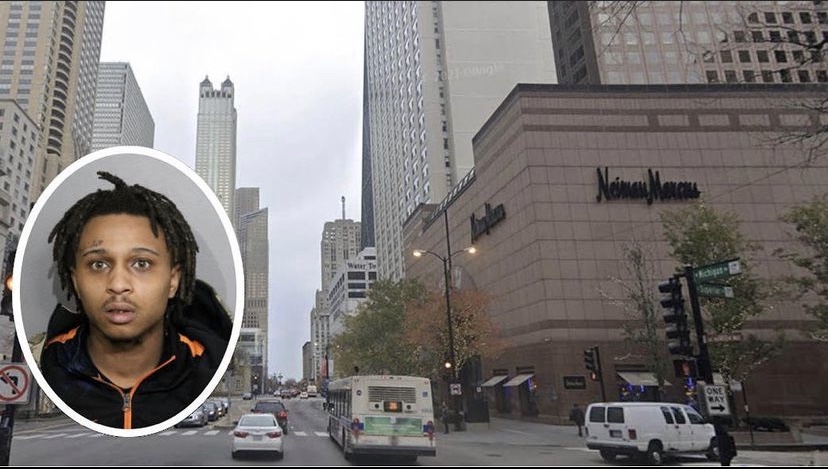 Derrick Latham, 23, was arrested on Monday after a canine hired at the Neiman Marcus at the Magnificent Mile alerted security that he was carrying a gun. Latham was arrested and found carrying $995 worth of stolen merchandise, as well as a 9 mm handgun and 16 counterfeit $100 bills. Latham had been out on a pretrial release program after he assaulted an off-duty police officer at a nearby Nordstrom in January.

He had also been arrested last September for carrying a loaded gun into a Christian Doir, a felony that was reduced to a misdemeanor. Latham was again released on Tuesday for the Niemen Marcus robbery. It comes as the city deals with soaring crime rate as thefts are up by 69 percent.