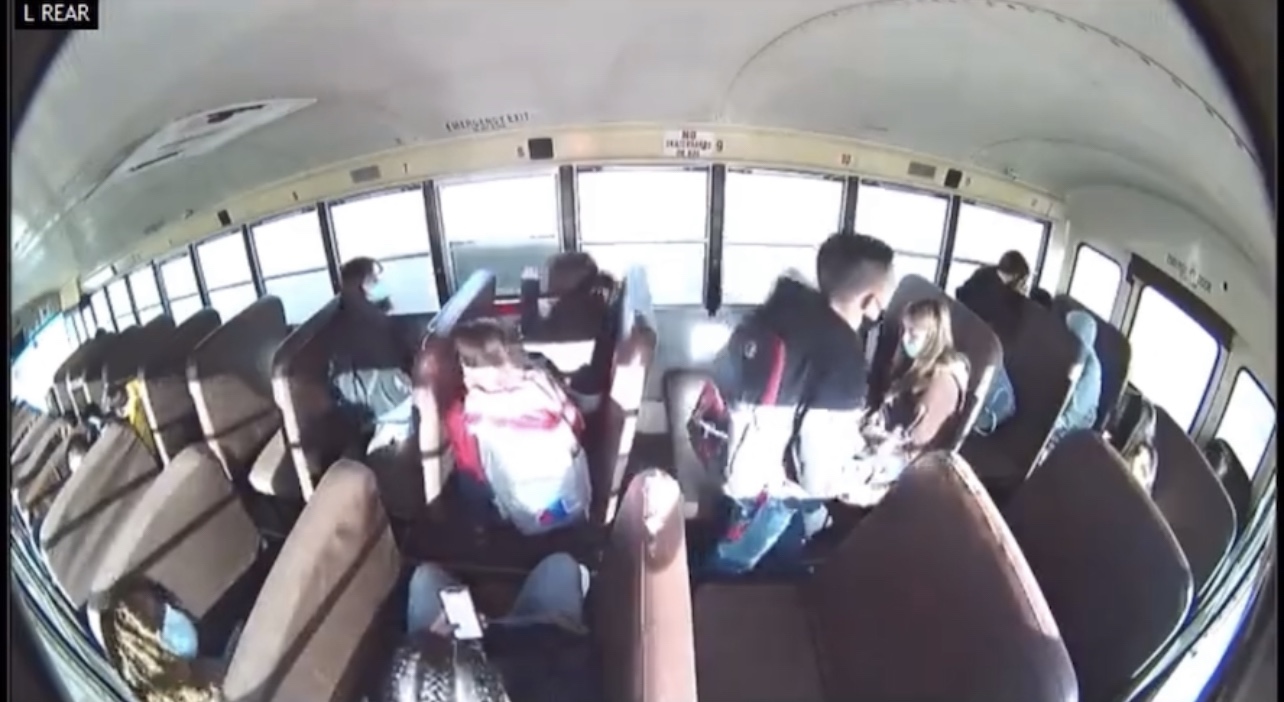 A video of a horrific crash that happened in Albuquerque in February has been released by the police department.

The video shows that, at one moment, the young children were talking and laughing. Then a child lets out a scream and the bus pitches to one side, throwing the kids across the bus and on top of one another. The driver of the Ford Mustang that crashed into the bus was allegedly racing another Ford Mustang, according to police.

According to KHOU, investigators believe the driver, identified as Mario Perez, was going over 110 mph at one point the posted speed limit for the area of the crash is 40 miles per hour. Perez crashed into a bus full of students from George Sanchez Middle School. Police say 23 students were on board at the time of the crash, leaving two severely injured.

Perez spent time in the hospital, was arrested upon his release, and was charged with great bodily harm by vehicle, according to the Albuquerque Police Department. He was released from jail pending trial. The driver of the other Ford Mustang allegedly took off following the crash.

The investigation is still ongoing.

OKLAHOMA WOMAN HURLS RACIAL SLURS AND SLAPS A LITTLE CAESARS EMPLOYEE OVER CRAZY BREAD
CHRIS ROCK JOKES WITH DAVE CHAPPELLE AFTER BEING ATTACKED WHILE PERFORMING; ATTACKER LEFT IN AN AMBULANCE