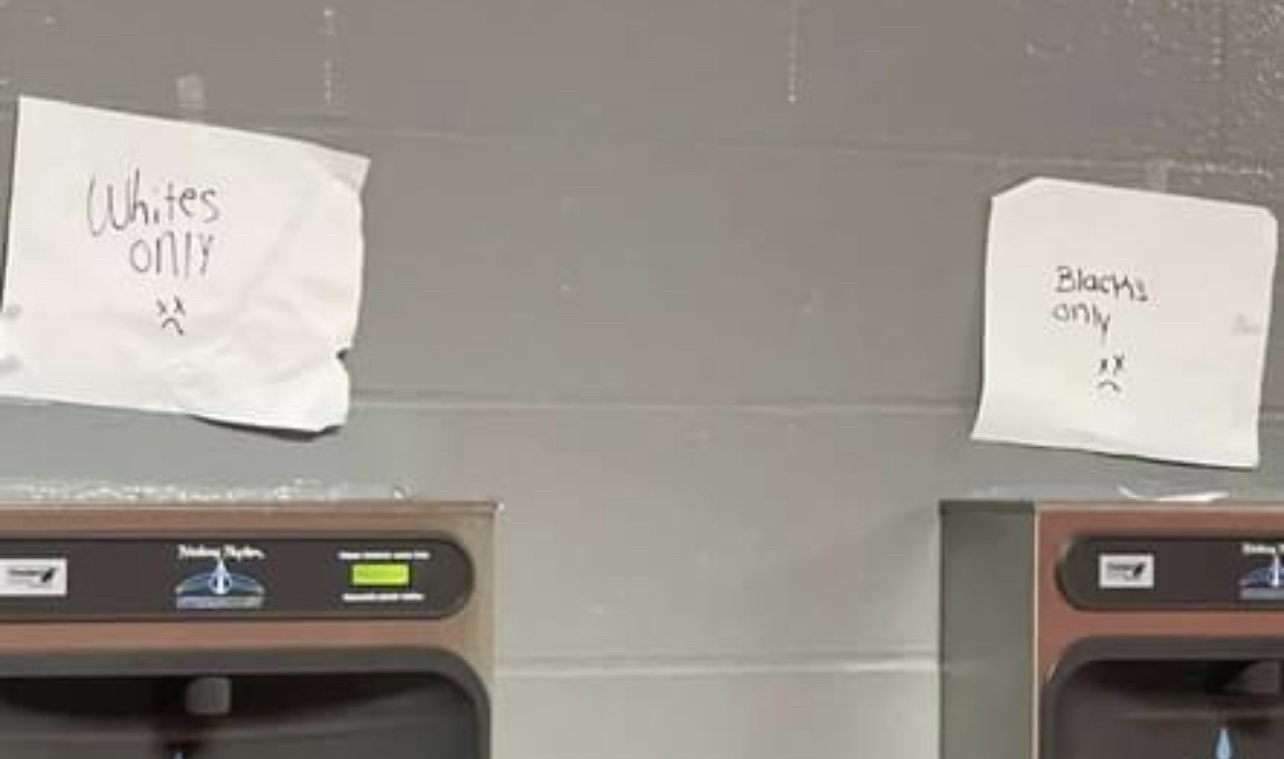 According to WXIX, school officials at Colerain High School confirmed the signs were posted May 5 and then shared on social media.

“These water fountains were labeled ‘blacks only,’ ‘whites only,’ which pushed us back so many generations,” said one parent who preferred to remain anonymous. “My heart dropped. My heart dropped. I could not believe it. It was so offensive.”

“It’s a hate crime,” remarked another parent who also preferred to remain anonymous. “It’s racism swept under the rug.”

The two parents, both mothers of students in the district, are coming forward now because they say racial issues like this need to be met head-on. At the same time, they both express fear of retaliation from faculty members and peers for speaking out.

A school district spokesperson referred to the act as “unacceptable on all levels,” which doesn’t reflect the district’s “culture of inclusivity, respect, kindness, and compassion for everyone.”

According to the school’s spokesperson, an investigation into the matter revealed the signs were posted over the water fountains for 30 seconds and “were never seen by other students or staff members.”

“The three students involved in the incident posted the signs, took photos and removed the notes before posting the photos online,” the spokesperson explained.

The school district said the students involved have been disciplined for their actions.