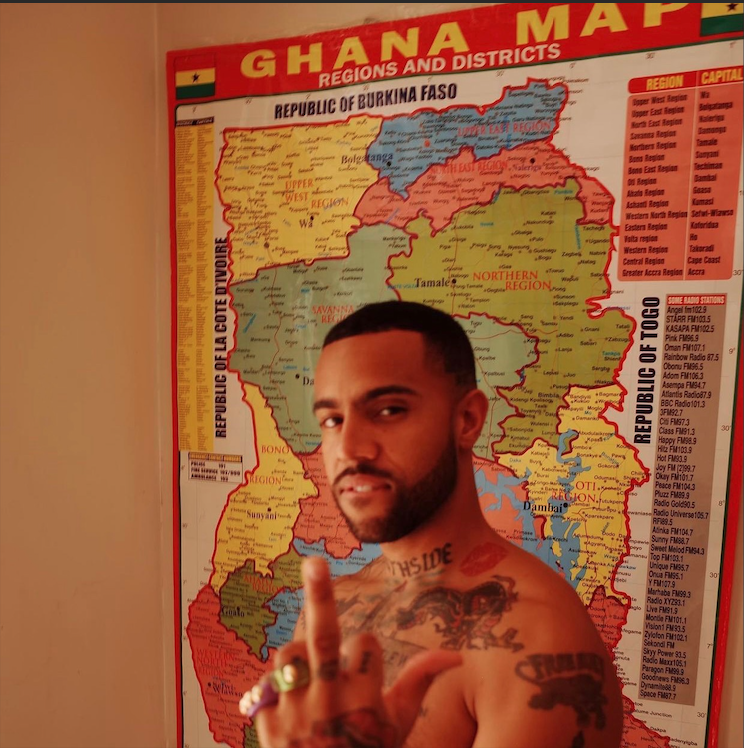 “But I never drowned, stayed down sang songs for my home town, made homes for the broke kids stepping over needles in the playground, Y’all the only thing that matters to me, if y’all love me fuck everybody, if y’all love me, they could never stop me”- Vic Mensa

Vic Mensa is the “People’s Champ” from marching on the front lines at protests to his Save Money Save Life Foundation. Vic has always shown up for the people. Today on his birthday we are giving him his flowers. In true Gemini form here are five world-changing moves Vic has made throughout his career.

2) Prison reform – Prison reform is something Vic has raised awareness about not only in his music but through action. For example, in 2020, Vic helped his friend Brian “Moosa” Harrington jr be released from prison 12 years early. In addition, Vic wrote a letter to the Governor of Illinois asking to grant his friend clemency. His faith for his friend would later transcend to Oklahoma, where he would then advocate for death row inmate Julius Jones. After gaining knowledge of Julius Jones’s case, he connected with Julius and formed a friendship. The song “Shelter” would release to bring awareness to Julius’s case. A case filled with flaws that put an innocent man on death row. In creating this awareness alongside countless activists who put pressure on Oklahoma’s Governor, Julius Jones’ was granted clemency, and his sentence was reduced to life in prison.

3) Protesting-  Using his platform to speak about racial inequality and police brutality, Protesting is something the rapper has a long-standing history of being a part of. In 2019, he held the impromptu Anti-Ice pop-up performance ” Fuck Ice!, For Da Kids”!. The concert aimed to raise awareness against Trump’s anti-immigration policies. Vic held the show at ICE Headquarters in Los Angeles. In addition, in 2016, Vic joined the protest against the Dakota Access Pipeline at Standing Rock. He was protesting with Native Americans to preserve their water access and sacred grounds. Amongst many other protests attended, in 2018 Vic performed “We could be free” at the “March For Our Lives Protest.’ dedicating the song to all the unarmed Black men and women killed by the police.

4) Serving “The friends” – In 2020, Vic slept outside for 12 hours to raise money for Chicago’s homeless youth. The “Sleep Out” in collaboration with Covenant House Illinois raised over $13,000 for impacted youth. Last year, Vic pulled up to Englewood Barbie’s Club 51 to feed the friends. Vic donated his time and money, and also challenged Chance The Rapper to show up for the friends as well.

5) Anti-Bait Truck: Shoe giveaway – Hardly the one to shy away from making a statement, in 2018, Vic Mensa gave away 10,000 pairs of shoes to the Englewood neighborhood after a bait truck filled with shoes was placed in a similar area by police. The initial bait truck was designed to catch thieves stealing shoes. However, when Vic got word, he called the whole city to donate shoes to the Anti-bait truck—sending a message to the police and creating awareness about the trucks that unfairly target impoverished youth who are at a higher risk of becoming a part of the prison system.

6)Connecting Africa and Black America– Although his career has taken him to many heights, Vic has never forgotten the people who inspire him the most. Whether it’s people from his community or his family in Ghana, Vic never loses sight of the bigger picture. In an interview with Cody Mack, Vic spoke on the importance of bridging the gap between Africa and Black America. What his plans are and how he can be of impact to his people in America and back home in Ghana.

When you think of the people’s champ you often think of someone who shows what it’s like to fall, get up, and continue to push. They are often someone you never see coming, you recognize yourself in them. For Vic, he is just that, he has shown us how to stand up for ourselves in the fight for equality. He is an example of bravery, speaking on his internal issues and helping us cope with our own through his music. He gives hope to inner-city youth and speaks life into them by actions, showing them they are valued and capable of a successful life. He has shown us Black boy joy and how it radiates most when living a life filled with purpose. Although imperfect, he exemplifies everything Chicago needs in order to live up to its full potential. To another year around the sun! Happy Birthday, Vic!!!