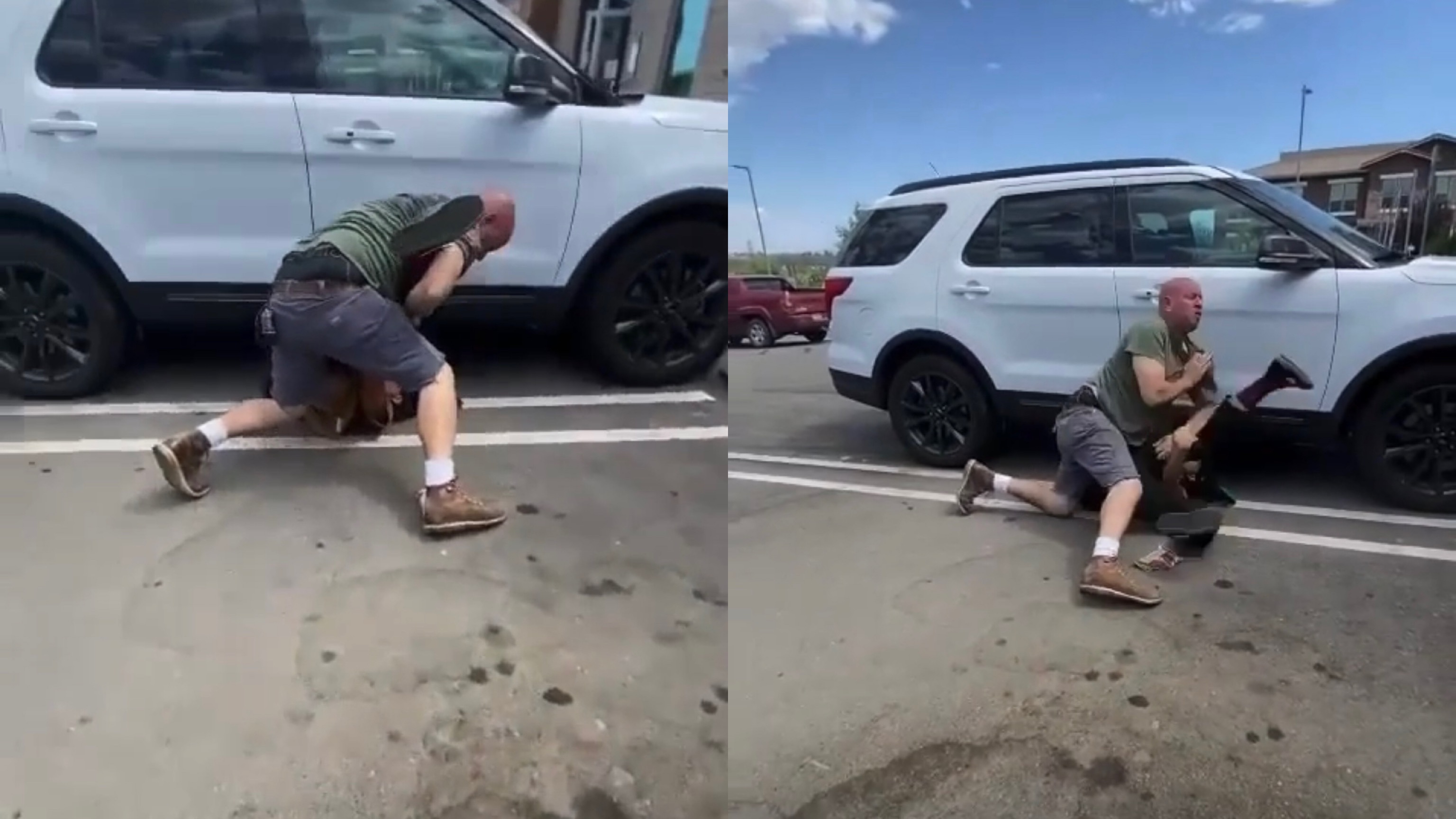 An adult man was caught on camera brawling with a minor outside of a California coffee shop in front of stunned witnesses.

The wild afternoon fight outside of Havana Savannah in Valencia is under investigation by police, although no arrests have been made, according to the Los Angeles County Sheriff’s Office.

In the video, you see a man wearing a green shirt pushing the teen onto the ground as the teen struggles to try to break free. At one point, the teen appears to have his head directly on the pavement with the rest of his body in the air as he scuffles with the man.

According to Fox 11, a bystander, Ricky Harmison, eventually pulled the man from the teenager. He said the man “seemed slightly inebriated. He had the audacity to be mad that he was being kicked while he was on the ground while fighting a child, which is dumb.”

What led to the altercation is still unclear. The man, who has not been identified, exited the home in a silver Toyota Tacoma before deputies arrived, police said.