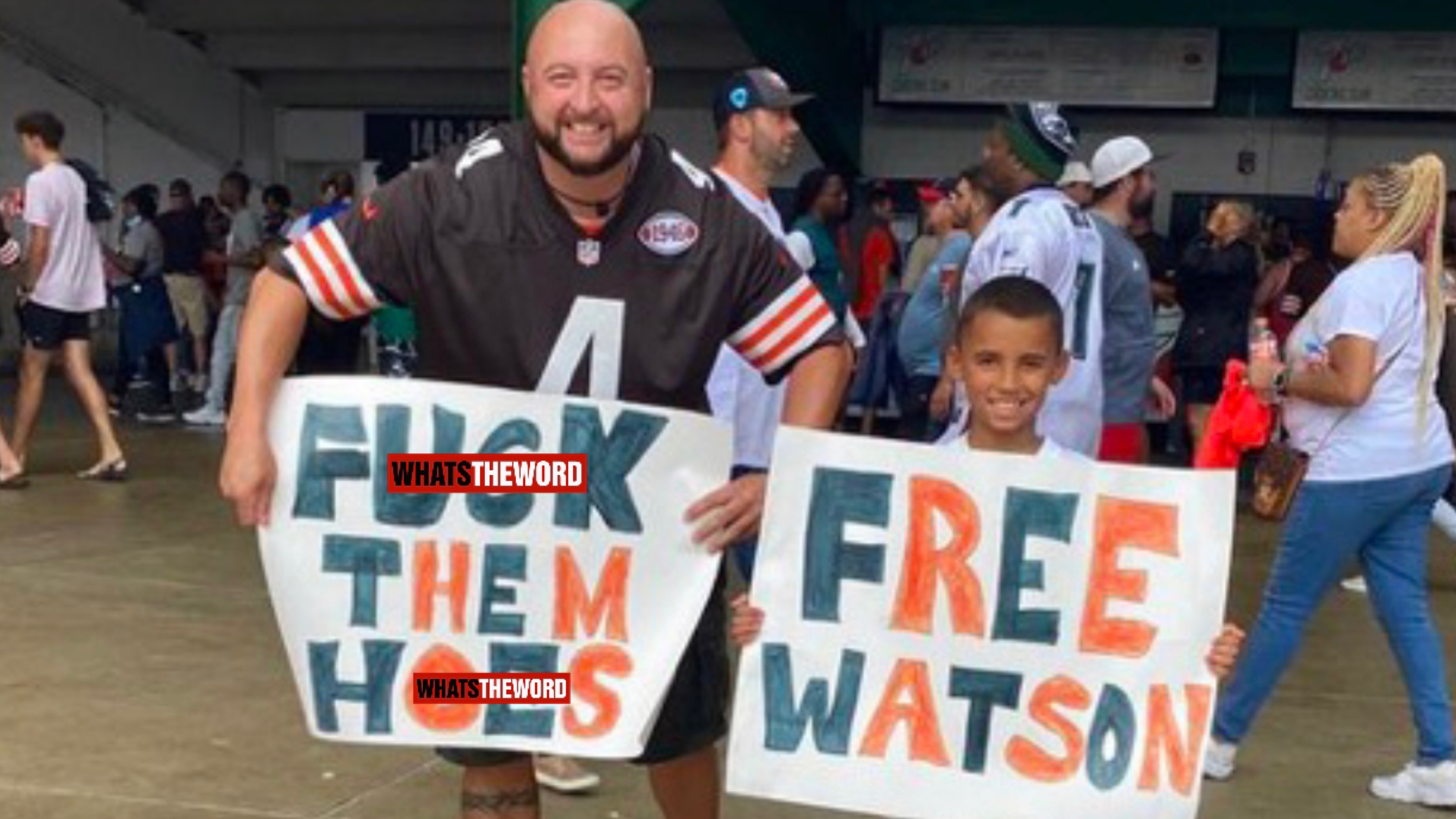 A couple of die hard Cleveland fans went viral over the weekend for supporting Deshaun Watson, who was recently suspended by the NFL for 11 games over sexual misconduct allegations.

One photo went viral in a matter of seconds because a father was holding a sign that said “F-ck them h*es” while his son sign said “Free Watson” as a way of degrading the women who came forward against Watson.

The shirts offended tons of people, even some of the Cleveland Browns fans who were attending the game against The Eagles.

Watson just got suspended for 11 games and got fined $5 million for sexual assault. He’s only going to be eligible to play six games for the Browns this season.