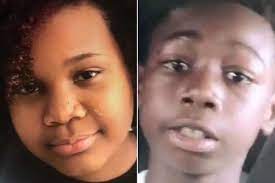 Comedian Dyon Brooks and Chicago philanthropist Early Walker have teamed up to help cover the costs for the funeral of two teens who were killed in a gun accident on Instagram live.

In a post on Instagram Brooks and Walker explained that the family is $6,500 short from having the funeral paid for. The two raised $1000 each and brought in $4000 through Facebook, helping the family reach their goal of paying for the funeral.

The incident happened in St. Louis, Missouri at 2 a.m. on Friday morning. Officers responded to a call about a shooting where the two minors, Paris Harvey, 12, and Kuaron Harvey, 14 were found dead on the scene.

Although police have classified the accident as a murder-suicide, the family says it was a tragic accident.

During the video Paris was paying with the firearm when it went off and shot Kuaron, Paris then dropped the gun and when she went to pick it up it went off and killed her.