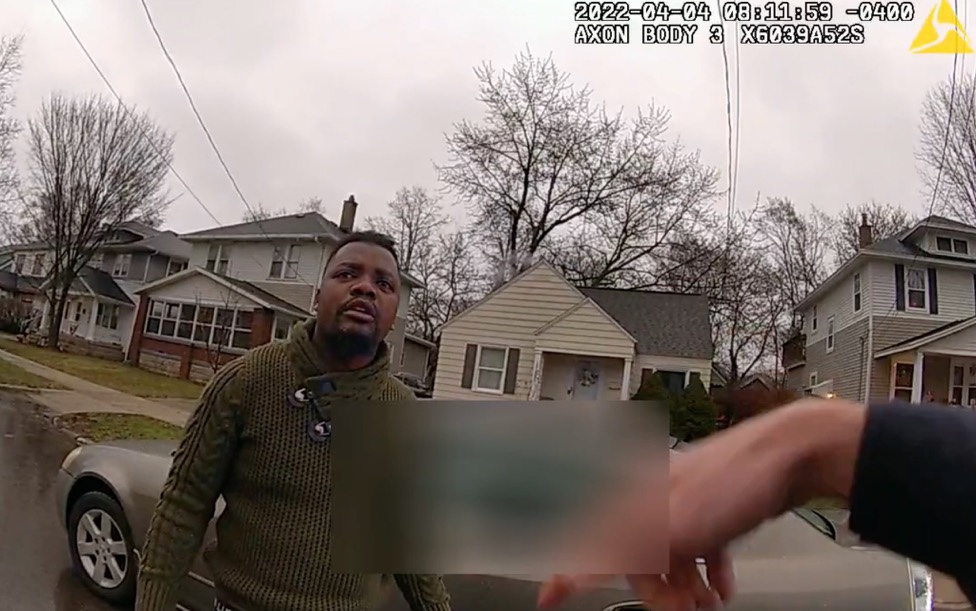 Patrick Lyoya, 26, was killed by a Grand Rapids police officer last week during a traffic stop.

The department released video from a police body camera, a police unit’s dashcam, cell phone and a home surveillance system as officials answered reporters’ questions at a news conference about the deadly fatal death of Lyoya.

WARNING: VIDEO BELOW CONTAINS PROFANITY AND SHOWS THE LOSS OF LIFE. VIEWER DISCRETION IS ADVISED.

The videos released on Wednesday show Mr. Lyoya driving through a residential area on the cold, rainy morning of April 4 when an officer pulls him over. Mr. Lyoya steps out of his car, the videos show, and appears confused as the officer tells him to get back in the car. The officer asks Mr. Lyoya whether he speaks English.

Mr. Lyoya responds that he does speak English, and asks, “What did I do wrong?” After a brief exchange about whether Mr. Lyoya has a driver’s license, the officer grabs Mr. Lyoya, who pulls away and starts to run, the video footage shows.

Lyoya starts to run, the officer ends up tasing him in which Lyoya tried to grab. Midway through the struggle, the officer’s body camera stops filming. Chief Winstrom said pressure was applied to the camera to turn it off during the struggle. It was not clear who applied that pressure or whether it was intentional. GRPD Chief Eric Winstrom confirmed the officer’s body camera was found at the scene, but said it wasn’t clear how it came off.

From another angle you can hear the officer yelling, “Let go of the Taser,” followed by, “Drop the taser.”

Another video is taken from a distance, less than three seconds later, the officer is heard shooting Lyoya, according to audio from the video. The cell phone video also shows the officer fatally shooting him in the back of the head, execution style.

In a conference last week, Winstrom mentioned that the officer would be interviewed 72 hours after the incident, as is common police practice. Although it’s been a week since the shooting, the officer has not been questioned.

Many sources are reporting that this was a traffic stop gone wrong, but his family made sure to let the world know that his car broken down and he got out to check it before the officer approached him.

Lyoya was his parents’ firstborn son, and has five younger siblings. He was also a father to two daughters.