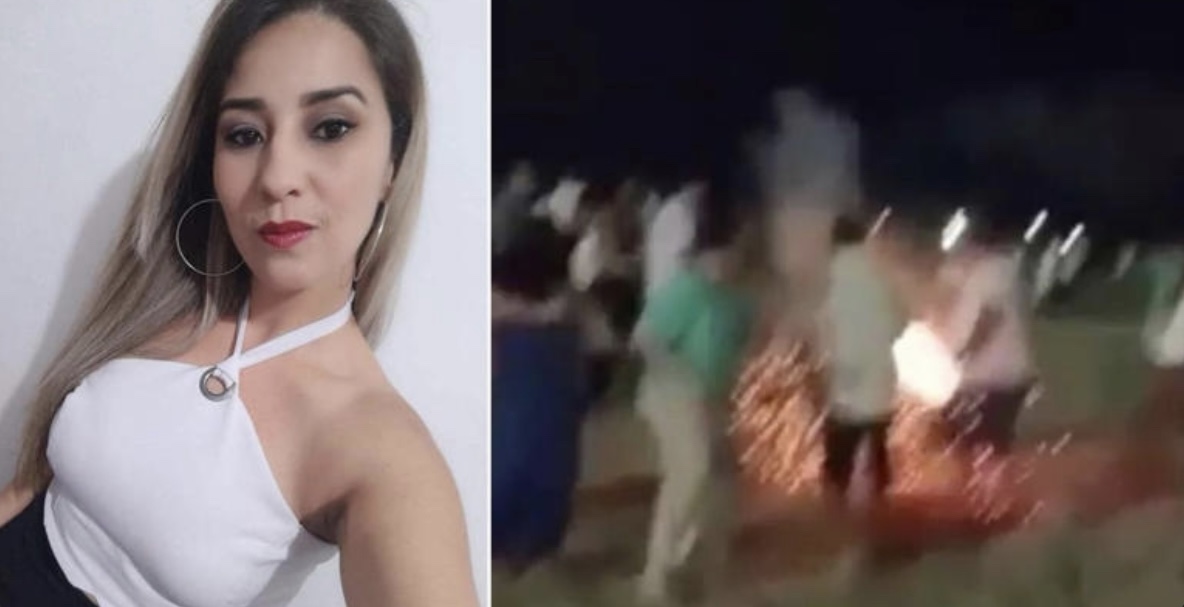 Just minutes before the New Year, a Brazilian mother of 2 died when a firework got trapped into her clothes and exploded. The tragic event took place each near a beach in Praia Grande, Sao Paulo as the community gathered at the beach to watch the fireworks to bring in the new year.

According to MSN, Elisangela Tinem, was hit by one of the fireworks which landed on her chest and got entangled in her clothes before anyone had time to remove it.

**TRIGGER WARNING: MAY BE DISTURBING TO SOME VIEWERS**

Police are reportedly investigating her death as a homicide due to the fact that there were multiple unauthorized fireworks displays taking place on the beach, with cops now trying to locate the individual who set off the explosion.

Elisangela’s two children were said to have witnessed their mother’s death and her funeral was due to take place this afternoon in the city of Sao Paulo, where she was from.

A 41-year-old cousin of the victim is understood to have told police the firework exploded after getting caught in her clothes.

It has been confirmed the pyrotechnic device had not been lit by the family and a homicide investigation is now underway that is expected to lead to manslaughter charges if the person who sent the rocket up into the air is located.